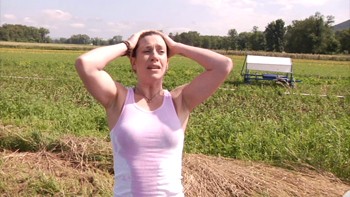 Angie (Christina Shipp) has a gooey drink thrown at her. 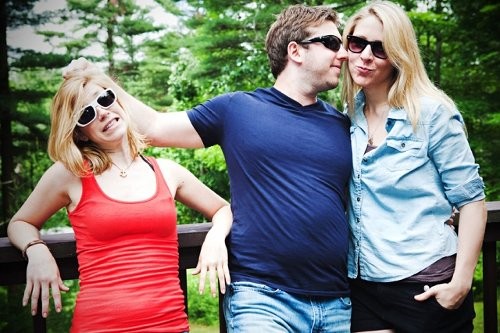 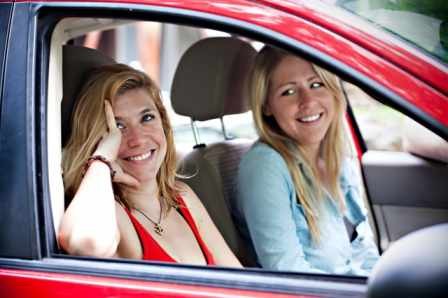 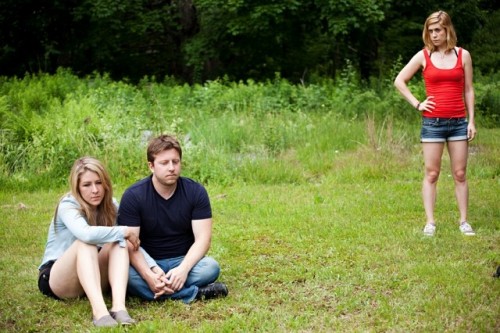 With just $10,000 and an eight day shooting schedule in Pioneer Valley of Western Massachusetts Mark Lewis created Wild Girl Waltz a charming and goofy film. It will be screened on October 12 at the annual Filmshift Film Festival in Somerville, Mass.

Angie (Christina Shipp) dressed in tank top and cutoffs is taking a walk down a country road. A drive by pickup with rude guys dumps a gooey drink on her punctuated with an insulting epithet.

In a fine mess she cell phones her best friend Tara (Samantha Steinmetz) to come collect her. After a wash up they repair to the porch of a rustic house.

During a bit of banter Tara suggests that they chill and thrill with pills she copped from a friend at work. They are different and she doesn’t know what they do.

Kind of like the Eat Me/ Drink Me of Alice in Wonderland.

Which is where Brian (Jared Stern) her boyfriend comes in.

The three of them have nice chemistry and are comfortable in front of the camera. Mostly they don’t look like they’re acting and one imagines that there was as much improv as reciting the lines in the script by Lewis.

What could have been a fun short film is stretched out to feature length.

It doesn’t take long to get what’s going on. Which isn’t much actually. But with clever physical comedy, particularly by the gifted Shipp, there are just enough outside elements woven in to sustain our interest.

We kind of admire Brian who is generally patient with the wacked out women. Compared to them he has a quiet, sustained, and understated maturity. This tends to anchor their outrageous behavior.

Tara convinces Brian to drive them to a hangout bar. It takes forever to get there. Lewis uses that as an opportunity to stick the camera out the window. A good chunk of the film is about the natural beauty of a rural setting punctuated by some iconic regional landmarks. It’s fun to recognize them.

There are some silly things that happen to flesh out this film. Like a bit with the bartender who dares Angie, with a promise of free beers, to eat a wad of gum she had dislodged from under the counter. Gross. She does. Maybe she is a scag as the rude guys suggested.

By the end of the innocent summer’s day no harm has been done. Coming down Angie dreads the onslaught of a major three day hangover.

With impressive performances all around, skillful shooting and directing by Lewis, as is often the case with shoestring productions, this is a nice credit and audition for more work. These are actors and filmmakers who we will enjoy seeing again.