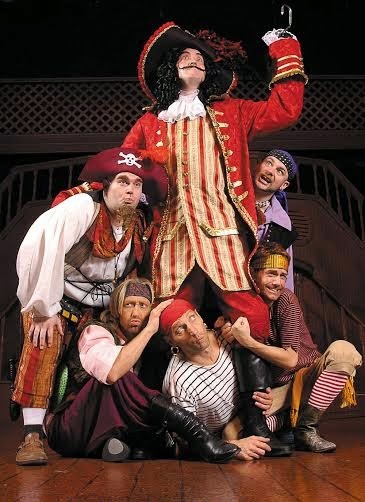 Launching the season at Beef and Boards.

Beef & Boards Dinner Theatre presents a lineup in 2015 that includes two new productions to its stage.

The season gets off to a solid start with the classic Neil Simon comedy: The Odd Couple, which marks its 50th Anniversary in 2015. Two Beef & Boards favorites will star in this tale of mismatched roomates, with Jeff Stockberger as the easygoing Oscar Madison and Eddie Curry as the uptight Felix Ungar, who moves in with Oscar after his marriage falls apart. What happens next is nothing short of hilarious! Opening on Dec. 27, 2014, the show is on stage through Feb. 8.

Then starting Feb. 12, the Beef & Boards stage is filled with all things Gershwin as it presents the all-American musical Crazy For You. Winner of three Tony Awards and based on the 1930 musical Girl Crazy, the story centers around Bobby Child, who is sent to Nevada to foreclose on a theatre. But when he falls in love with the local postmistress, he devises a plan to save the theatre. On stage through April 4.

A parody of American musical comedy of the 1920s, The Drowsy Chaperone makes its Beef & Boards debut on April 9. A middle-aged musical theatre buff plays the record of his favorite musical, the (fictional) 1928 hit The Drowsy Chaperone, and the show comes to life – with two lovers on the eve of their wedding, a bumbling best man, a desperate theatre producer, gangsters posing as pastry chefs, an intoxicated chaperone and more! On stage through May 10.

The imaginations of the young and young at heart will soar to Neverland starting May 14 when Beef & Boards presents the beloved Tony Award-winning musical Peter Pan as the 2015 Family Show! This production features $10 discounts off tickets for all kids ages 3-15. On stage through July 3.

The lovable – and imperfect – Singing Sanders Family returns for the summer in Smoke on the Mountain: Homecoming, the third installment of the popular comedy series. Opening July 8 and on stage through Aug. 16, the story takes place in 1945 – seven years since the Sanders Family first came to Mount Pleasant Baptist Church for a Saturday Night Sing.

Then the Rodgers & Hammerstein favorite, South Pacific, opens Aug. 20. Set in an island paradise, two parallel love stories are threatened by the dangers of predjudice and World War II. Nellie, a spunky nurse from Arkansas, falls in love with a French plantation owner, Emile, but is conflicted by what she learns about him. On stage through Oct. 4.

On stage for the first time at Beef & Boards and just in time for the spooky Halloween season, it’s The Addams Family, opening Oct. 8. This Tony Award-nominated macabre musical comedy is based on the cartoon characters created by Charles Addams, who also inspired the television show that first aired in 1964. Gomez Addams faces every father’s nightmare when his daughter, Wednesday, falls in love. On stage through Nov. 22.

The holiday season is celebrated with the theatre’s original production, A Beef & Boards Christmas, opening Nov. 27 and featuring beautiful costumes, heartwarming songs, dazzling dancing and even Santa himself. A tradition at Beef &Boards for more than 20 years, and perfect for the entire family, this seasonal celebration is on stage through Dec. 23.

Also returning in 2015 is Beef & Boards’ one-hour adaptation of the Charles Dickens classic, A Christmas Carol, on stage for select performances Dec. 5 through 21. Enhanced with holiday carols, this iconic tale of miserly Ebenezer Scrooge who is given a second chance is the ideal way to enjoy the holidays.