An Eloquent Hearing and Listening Experience 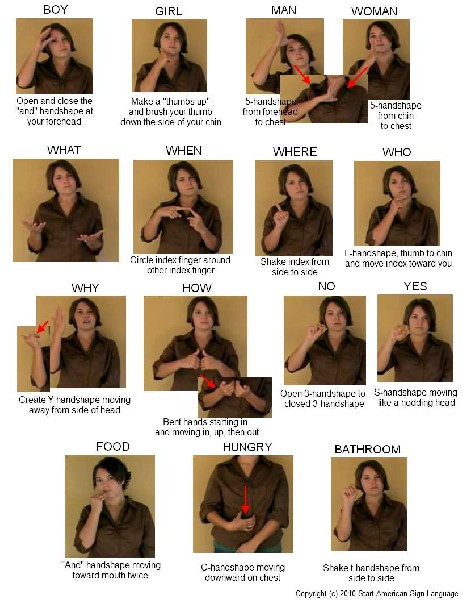 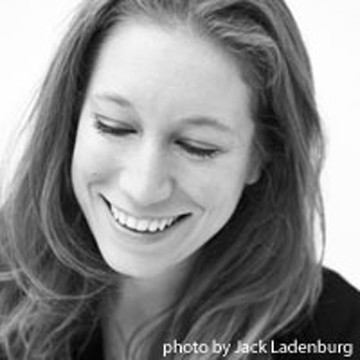 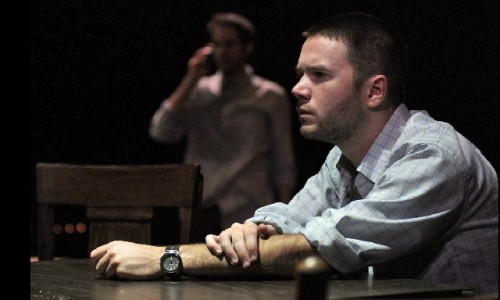 James Caverly (foreground) and Nael Nacer (background) in a scene from the SpeakEasy Stage Company production of TRIBES, by nina Raines. 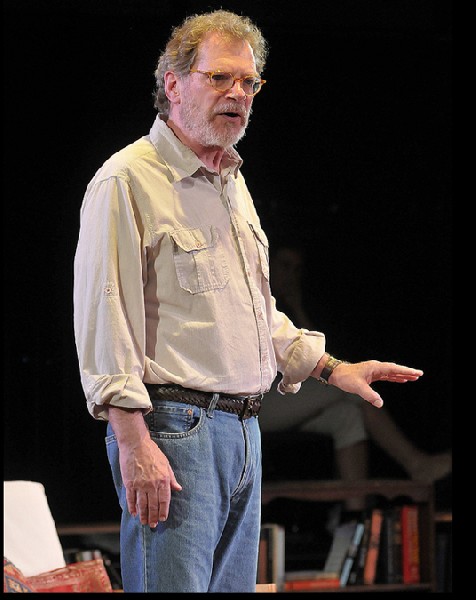 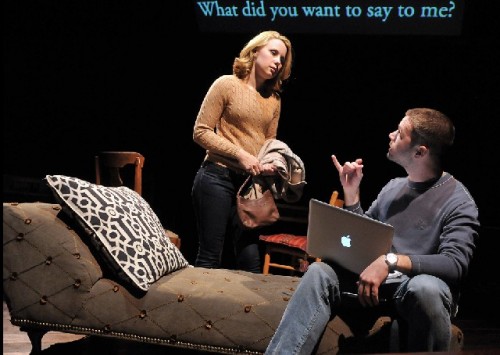 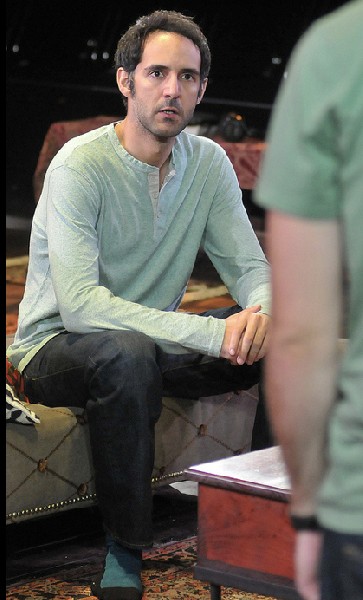 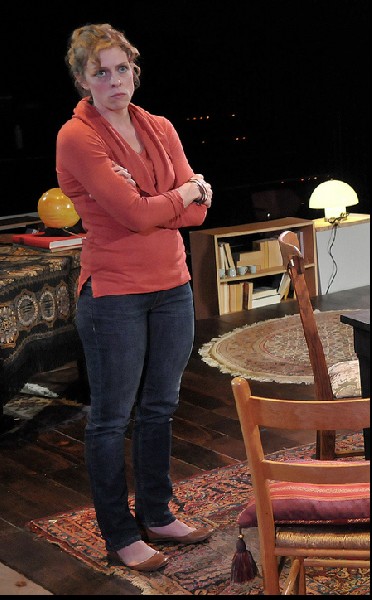 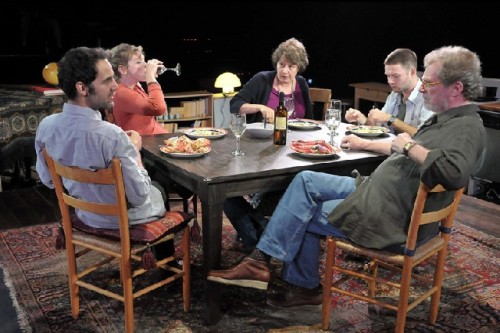 Peppered with the profane and the profound, Tribes by Nina Raine is a brilliantly wordcrafted play at the SpeakEasy Stage Company. This is a penetrating theatrical experience that wrestle's with what is said, what is actually meant, what is heard and what is really communicated.

The dinner table is a metaphor for the Tower of Babel. Each family member is speaking their own language. Often the conversation makes no sense. There is a cacophony of monologues, dillusional debates, caustic conivances, provocative polemics and insults of all dimenions. The talking goes on, but is anybody really listening or better yet understanding?

Tribes takes an intellectually raucous, overachieving, secular, ultraliberal Jewish British family and illustrates how words, painful as well as pleasurable, spoken in any language can cause disfunction and disconnection. At dinner and in passing comments, phrasing, often with torrential irony, is used as verbal napalm.

Raine's writing is supurb. Discourse is a war zone. Wordplay bombs and straifes the family while caustic phrasing often explodes all around. The most violent in verbal assaults is the father Christopher. His use of profanity and scatological references is only superseded by his nods to popular culture, Western social history, leftist philosophy and literature. Or at least it seems that way. He is angry, bombastic, threatening and reviling, and sometimes merciless.

With this vitrol, there is often humor. We are aghast but intrigued, attracted like moths to a flame. Yet, all the other family members want his love and respect. This is not easy to achieve however.

One of his early great lines was in describing his son Daniel's former girlfriend as having "the charisma of a bus shelter." Played by a very believable and therefore unadmirable Patrick Shea, he is the pater terriblus. His profession is writing "argumentative books" for God's sake.  Shea embraces this character as the ultimate word monster.

His nearly calming influence is his wife Beth. She is earthmother to his antiestablishment hyperverbal crank. Played with nuance and often eloquence by Adrianne Krstansky, Beth is long suffering but somehow boyant in a sea of verbal abuse with floating nonachieving children.

Not good with relationships, son Daniel (played with passion by Nael Nacer) is a wannabe writer and intellectual who eventually is crippled by depression, hears voices and as time goes on loses the ability to communicate.

Daughter Ruth is a sad, second rate opera singer. She gets parts sometimes in the chorus, but her individual voice is not heard or apparently strong enough. Katheryn Myles characterizes Ruth's frustration and lack of confidence with skill. Not able to find a boyfriend, she evokes just enough sympathy.

Within this faulty family, words and speeches are more soliloquys than conversations or dialogues. Family members speak at each other instead of to each other. And this is much of the dilemma.

With all that going on, the real focus of the narrative is on Billy, the youngest child who just moved back home from school. Treated differently by all, he is the special child. He is deaf and misses much of the lively and at times often crude and cruel banter. He is a family member but separated by silence.

Rejecting standard (establishment) ways of doing things, father and mother had him only learn to lipread. He does not know sign language. They don't want him to be part of a sect or to be defined by only his deafness. But, of course, he is defined and even celebrated by and for his deafness.

Therefore he is communicatively isolated from normal speakers as well as other deaf people. His loneliness is palpable. This changes when he meets and becomes involved with Sylvia (Erica Spyres), a very attractive young lady who is loosing her hearing. Her parents are both deaf, and she begins to teach Billy sign language.

Billy is played with incredible richness and skill by James Caverly. Deaf himself, his range of acting and even verbalization is astounding. His portrayal is sympathetic as a heroic but very flawed human. Caverly makes Billy not a perfect person, but a very real and feeling individual.

With wonderful adroitness, the playwright sets the problem as differentiating between listening and hearing as well as speaking and communicating.

In an interview a few years ago, Playwright Raine said that she conceived of the play after watching a documentary about a deaf couple who were expecting a child. They said that they hoped their child would also be deaf. She eventually realized that a family was a tribe, whose members wanted to pass on their particular values, beliefs and even language to their children.

By further connecting the dots, she began to see that there were very separate tribes literally everywhere with their own rituals and hierarchies. These are very hard to communicate to outsiders. Tribes won the New York Drama Desk Award in 2012.

The production's stagecraft adds to the brillance of the show. Set in the round, the audience sees the family and personal action from all perspectives. The hominess, scattered lives elements of the staging adds to the pain of the characters.

Tribes is a special show. Starting with the playwright's sensationally-crafted script, to the strong actors to the creative stagecraft, this a provocative and excellent production of intimacy and isolation. Tribes is a play that speaks to us in visceral and thoughtful ways. It brilliantly expresses many of the best aspects of theatre. Tribes is a must see.