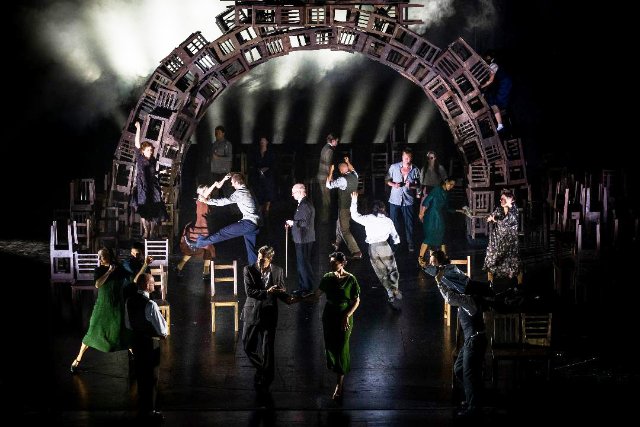 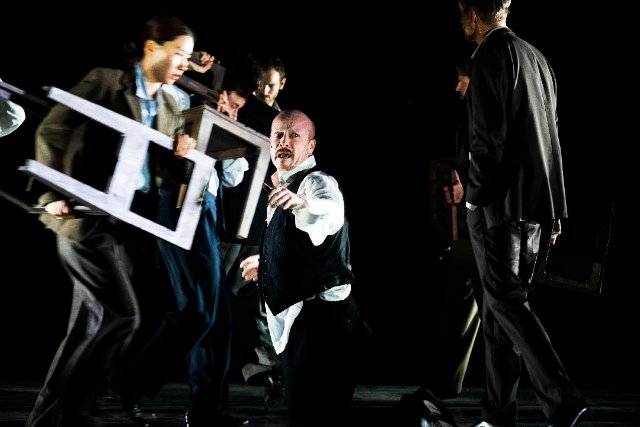 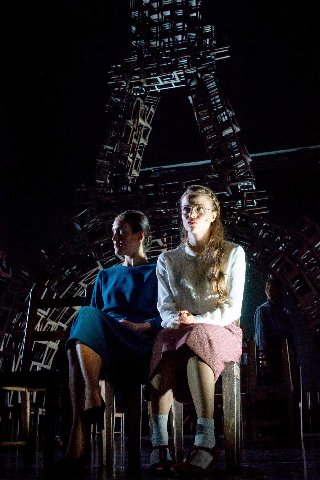 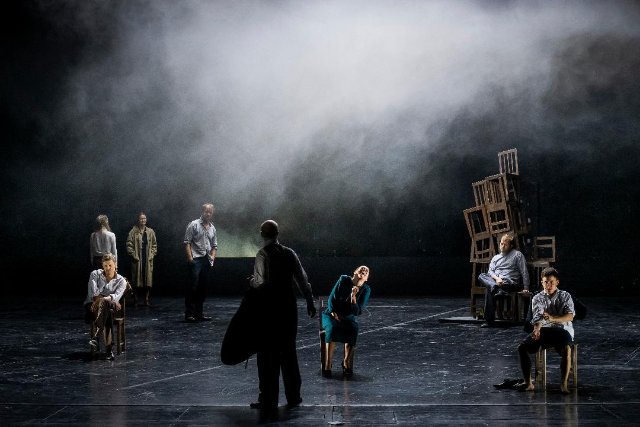 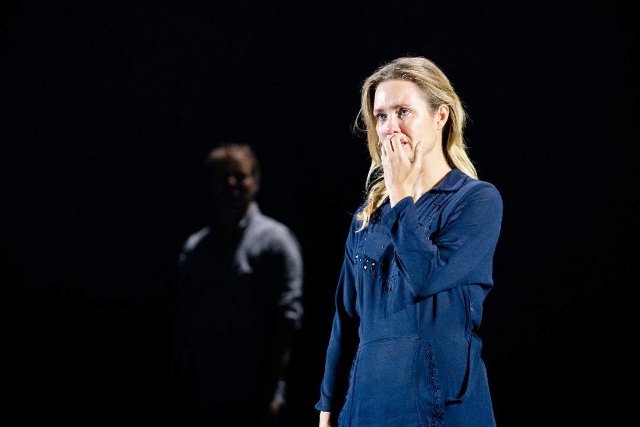 The theatre season in Berlin has started. Bertolt Brecht's famed Berliner Ensemble bows to the sorrows the Russian war with Ukraine has brought upon their civilians. The first opening of the season gives credence to the suffering of people displaced by war. Exil is a play remembering the times before the Second World War. It is an adaptation of Lion Feuchtwanger's Exil,  the last book in the Wartesaaltrilogie from 1940 (Waiting Room Trilogy).  Luk Perceval has directed, his first at the Berliner Ensemble

He took on a huge task, to distill so many destinies from a big book into a play.  This  precarious undertaking turned into a 3 1/2 hour long journey for the audience. All participated in the sorrows of German emigrees in Paris of 1935, as they were searching for ways to cope.

Centered around the fate of the composer Sepp Trautwein (Oliver Kraushaar), the play illuminates the grief and pain of its surrounding. Trautwein moves from an elitist composer in Munich to a politically astute one in Paris, but his long suffering wife Anna (Pauline Knof) escapes into suicide. His son Hanns (Jonathan Kemp) and his lover/secretary Lili Epply (Erna Redlich) act as in an ever changing show, passing by and staying briefly for comments.  The same happens with Trautwein's enemy, the writer for a Nazi-paper Erich Wiesener (Marc Oliver Schulze) or the ridiculous figure of the diplomat Walther von Gehrke, called  Spitzi (Peter Moltzen).

It is a whirlwind of figures, with dance scenes causing more confusion, that move about the stage. All are lost, all are harassed, and the audience suffers with them.  Annette Kurz has created a wonderful stage setting using chairs, combined as an Arc de Triomphe in the first act, and scattered  in the second act about the stage. It is to Luk Perceval's credit that he caught the hopeless rotations of a lost generation of emigrees in a devlish dance, a dance on a volcano. Missing is cohesion, a direction above and beyond showing senseless motions of a lost generation.  But, this is probably, what Perceval had in mind.  It's just a bit too long. The statement has been understood early on in the play and the audience was faced with the repetition of the obvious -- really a bit too long.