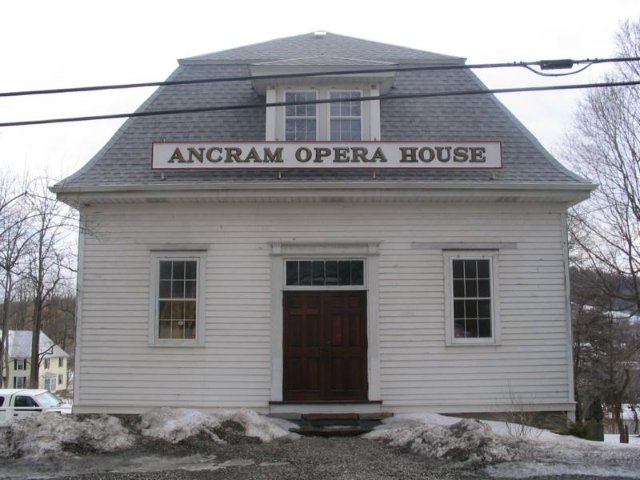 "We are delighted to have this special opportunity to collaborate with Playhouse Creatures and Emily Mann on this important revival of her landmark play based entirely on interviews she conducted with a vet and the two women intimately involved in his life,” Ancram Co-directors Jeffrey Mousseau and Paul Ricciardi enthused. “The project aligns perfectly with our programming which centers on the direct and immediate relationship between the performer and audience through storytelling."

STILL LIFE is a searing and revealing documentary play about the immediate aftermath of the Vietnam conflict on a former marine, his wife, and his mistress, gleaned from interviews and refined to illuminate the post war experience. The play provides a poignant snapshot of America in the turbulent 1970s–a country in the throes of an unpopular war abroad and social upheaval at home.

“Like all great works of art, Emily’s plays are timeless and timely. Some were written over forty years ago, and, yet, they show us ourselves in the very moment we live in–NOW,” said Joseph Rodriguez, Artistic Director of Playhouse Creatures.

“STILL LIFE is about three people I met in Minnesota during the summer of 1978,” Mann explained. “It is about violence in America. I have been obsessed with violence in our country ever since I came of age in the 1960s. I have no answer to the questions I raise in the play but I think the questions are worth asking. The play is a plea for examination and self-examination, an attempt at understanding our own violence and a hope that through understanding we can, as [the character of] Nadine says, ‘come out on the other side’."

In addition to the performances of the play, there will be a free Conversation with Playwright Emily Mann at 11 am on Saturday, October 8 at the Opera House.

Ricciardi will also lead a free storytelling workshop for veterans only 3-5 pm on November 4, and AOH is putting out a call to the community, inviting Vietnam veterans and family members with stories of Vietnam vets to email info@ancramoperahouse.org if they have a story to tell as part of our Local Characters program on our YouTube channel and website. The first interviewee, Carole Smillie, is a Gallatin resident with an incredible story about her late husband's journey home from his tour in Vietnam. Local Characters interviews will be posted on the Ancram Opera House website and YouTube page and allow the conversation with the community to continue through the fall.

STILL LIFE premiered at the Goodman Studio Theatre in October 1980. The same production was then produced by the Women's Project at American Place Theatre in New York in February 1981. Under the author's direction, the production won Obies for playwriting, direction, all three performers, as well as for best production. The play has subsequently been performed around the world, and in major regional theatres and universities throughout the United States.

A stellar creative team has been assembled for STILL LIFE. Set design is by Sarah Edkins, AOH resident set designer since 2016, who designed the set for the Ancram production of INVASION! last month.  Ayumu “Poe” Saegusa is the resident lighting designer at HERE, one of New York City’s most prolific arts organizations and, as a freelancer, has designed all over the world. Projection Designer A-Key (Takaaki Ando) has worked in renowned spaces such as Lincoln Center, Carnegie Hall and MoMA. The work of Sound Designer Brendan F. Doyle has been heard in theatres, concert halls, bars, basements, and other venues around New England and Scotland. The stage manager is David Bonilla, who has served as Technical/Production Supervisor at La Mama for many years. He will be assisted by Mae Schuberth who has worked both behind the scenes and on the stage for many productions at her alma mater and in NYC.

This production of STILL LIFE is generously underwritten by Manon and Ian Slome. For tickets and more information visit www.ancramoperahouse.org.