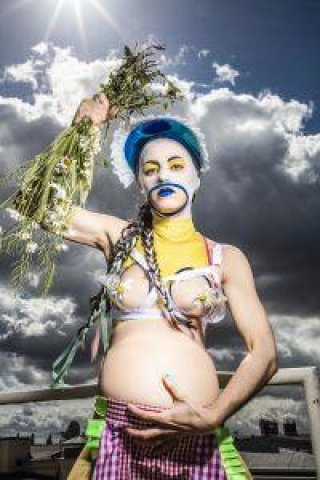 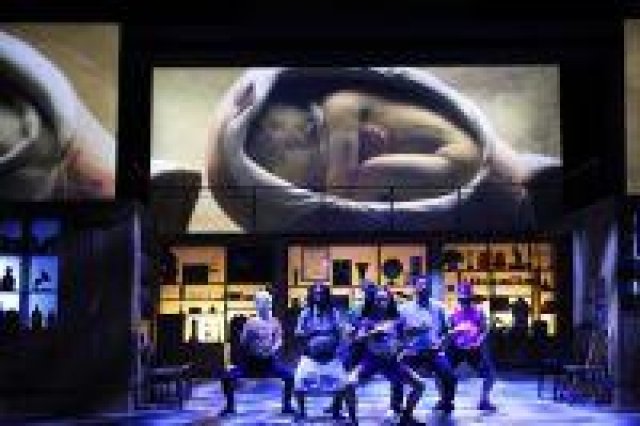 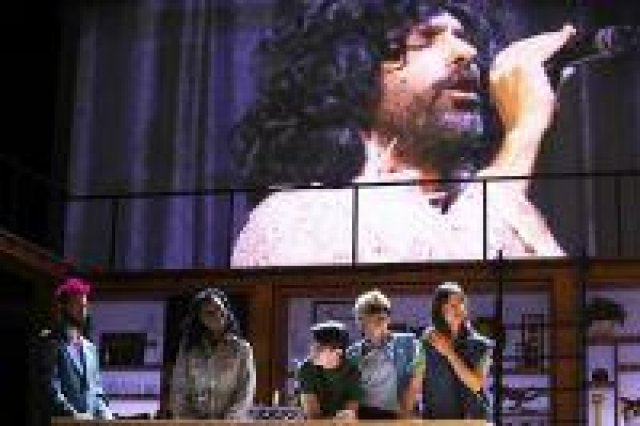 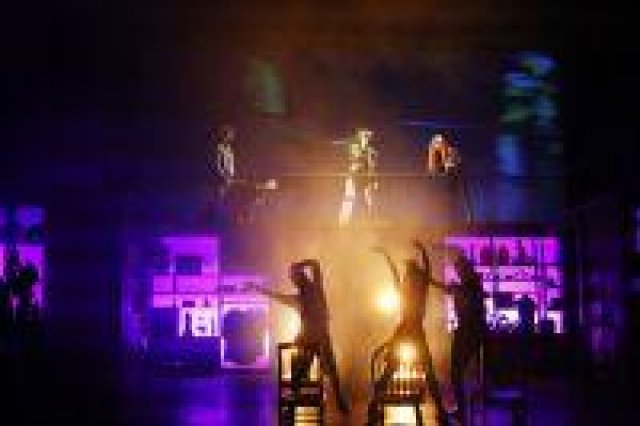 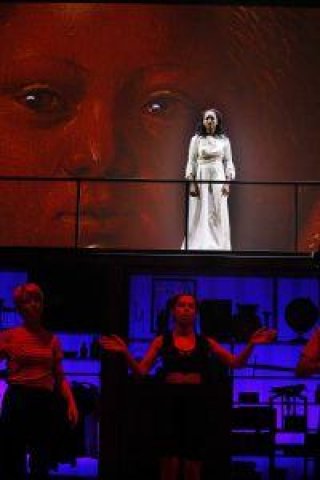 The Maxim Gorki Theater in Berlin, the most socially engaged stage in Berlin, has opened its season with Mother Tongue, a work by the Argentinian playwright Lola Arias.

Not really a play, it is much better described as an investigation into the feelings, dreams and realities surrounding the myth or theme of motherhood. Divided into chapters, the audience is presented with such topics as sexual information, abortion, desire for having children, the act of birthing, etc. Even though it seemed encyclopedic, the evening was entertaining, well acted and quite successful – ensemble work that flowed and functioned.

Perhaps it worked out that every version of the work was created after discussions in the respective countries.  The work was shown in Bologna, Italy, in Madrid,  Spain, and now in Berlin.  Each time it must have been a somewhat different play, focused on the particular surrounding. The relatively youngish audience in Berlin appreciated all.  There was open stage applause and a standing ovation at the end.

Here in Berlin, the stage setting by Mariana Tirantte resembled a curiosity cabinet or library where each topic was presented by a vast cast, creating an ever moving whirlwind of actions. German and English were the languages spoken, but always supported by translations overhead. What created immediacy with the audience, almost a dialogue, was the wide scope of fates and struggles presented.

There were comments and actions that showed regular citizens trying to get pregnant,  problems caused when trans- or homosexual partners trying to have children.  The entire range of contemporary civilization seemed to be out in the open to the theme of motherhood. It worked! Magically, the dialogue, sought by every theater in the world, happened. The audience was reached and it responded.