The Jewel in Her Crown 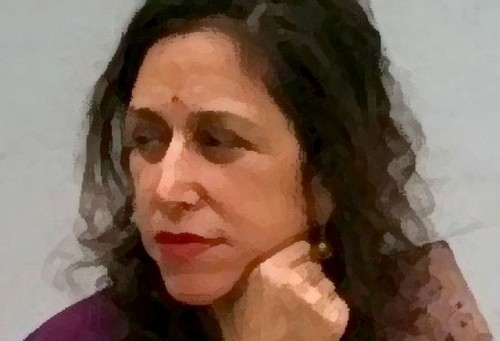 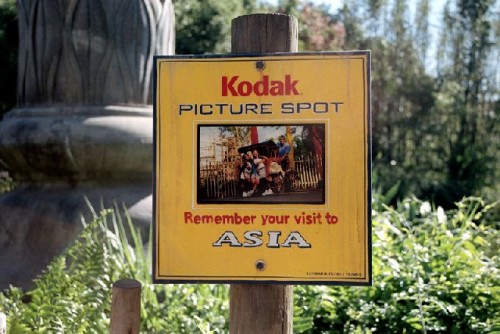 From the Disney series. 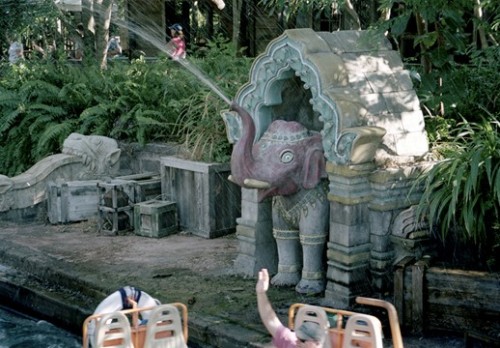 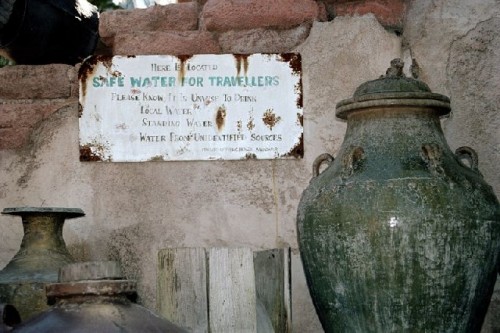 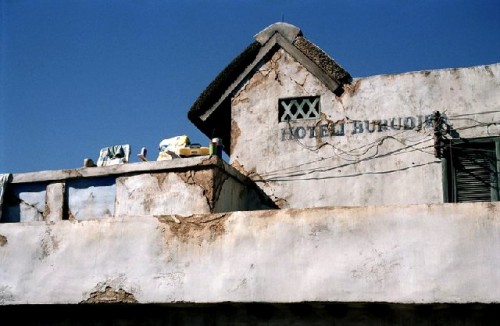 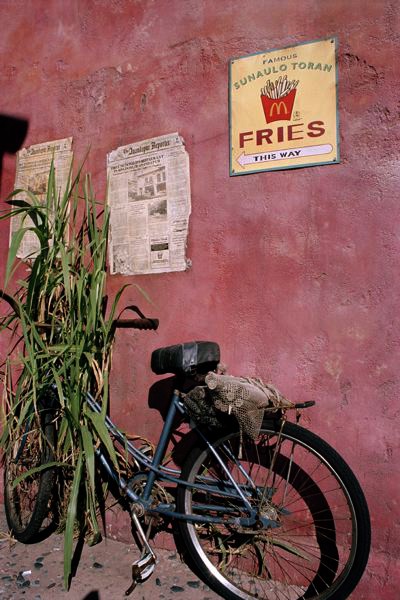 During the Victorian era, when British aristocrats booked “Passage to India” they made sure to have their cabin location Port Out Starboard Home. By traveling posh they had a shore view coming and going. In the largest and greatest of the British colonies, what her majesty referred to as her “Jewel in the Crown” they attempted to maintain their English lifestyle. They added quinine water or tonic to their gin the better to ward off a touch of malaria. To find favor with the masters of the universe the wealthy Indian subjects often adopted British manners, style of dress, and studied at Oxford and Cambridge.

This was precisely the program of Sarina Khan Reddy's  father who was educated in the U.K. before moving to a position in New Hampshire where he married, but later divorced, an American woman. Following the orders of her now deceased father, she earned a MS in Chemical Engineering and since 1992 has been employed by Eastman Kodak Company.

As we talked during lunch prior to a gallery talk for her exhibition at New England School of Art & Design she showed me some photographs that she was working on with Photoshop. Into a series of vintage views of Indian sites she has pasted images of her impeccably dressed, very British looking, handsome young father. “During the Colonial era the British always photographed these landmarks devoid of any human, especially Indian presence,” she explained. “So there is the irony of including my father in that context. I don’t quite know what I will do with the images and where they will lead. Right now I have a grant from the Lef Foundation and I am in the process of having translated a cache of some 60 letters by my father that I have acquired. There are a couple in English that discuss his being in the US and the expectation of the family that he would return to India and take a bride in an arranged marriage. Obviously he didn’t do that.”

The artist is struggling to understand and come to grips with the legacy of her father, his expectations for her, and sorting through the meaning of her heritage. Because of the marital complications of her parents, the expectations that his mother behave as the dutiful housewife, and her inability as an American woman to live that life, Sarina chose to marry an Indian man, Prakash Reddy, a scientist, whom she met while in graduate school.

But even that proved not to be simple. The heritage of her father is Moslem and that of her husband, Hindu. In Indian culture that represents a mixed marriage and that took a lot of persuading. To win approval she recalls working hard to learn to cook a proper Indian meal prior to meeting his family.

“In India, Khan is a common Moslem name and Reddy is typically Hindu,” she explained. “So I made a very conscious decision to combine them in my names, Khan Reddy. It makes a statement about who I am and who we are.”

It is just one strong indicator of her struggle and mandate to deal with a complex heritage and to make of it vibrant and insightful art. The installation at NESAD well conflates these issues and ambitions. There are strong references to the nostalgia of Colonial India. From family and friends she has gathered antique trunks, rattan, and other objects forming an attractive pile of seductive artifacts. A number of potted palms lend exotic tropical vegetation. Embedded in the installation are three edge to edge video monitors which reveal a multi screen, eight minute video loop. The fast paced video spreads out on three screens and combines appropriated images from classic Hollywood films about Colonial India, as well as scenes from “Triumph of the Will” by Leni Riefenstahl and snippets from the Gulf War as gleaned from Fox and CNN. There are bands of text that run through the screens as well as a cascading stream of lines of logos of major corporations dealing with the theme of American Imperialism and oil.
The video imagery deconstructs the romantic notions of the exotic East as confected by Hollywood, as well as the fabricated romance of war and American righteousness as conveyed by media reporting on the ongoing Iraq and prior Gulf wars. The installation was the basis of her thesis exhibition for the School of the Museum of Fine Arts. Added to that in this exhibition is a series of images of ersatz exotic India produced during recent trips to Disneyland in Orlando, Florida.

With a bit of humor she confessed that, “I love everything about British Colonial India. At our wedding we served Gin and Tonic and wore big hats with wide brims. My whole family shares a love of that nostalgia and I saw nothing wrong with it until I was in graduate school. There I was always being asked why I did something or why I liked something. I had to think and defend my views. For the first year I had no idea what art was. Or how to make art. I started by doing prints and collages. But the professors asked why I was making prints and I had no good answers. I began to realize that doing research was art making. That it was ok to delve into with real passion what I was really interested in.”

When I met Sarina several years ago she was a student in my art appreciation class at University of Massachusetts Lowell. She was just beginning to explore an interest in art and had the vague idea of applying to art school. Part of the prerequisite was a minimum of four art history courses of which she took two with me including a semester of Modern Art. Of course, she was exceptional. We began to talk, tentatively at first.

At the time, because of her background in engineering and knowledge of Photoshop by working for Kodak, she had volunteered to work on a special project. She and her husband were studying with a guru and part of what they were dealing with was presenting Indian culture and heritage to children. What came from this in 1998 was the Sri Chakra Interactive CD-ROM. It is an animated overview of the Sri Chakra symbol. The program presents 108 Hindu goddesses (a sample of more than a thousand). The interactive format allows for accessing information about each goddess.

When I asked to see the project her husband came with the video equipment and set up a demonstration. Sarina was astonished when I responded that this was art and that she should use this material to apply to the Museum School. I thought she would do well by combining her background in technology with a growing interest in visual imagery. She had felt that she should spend time making some art, developing a portfolio, to apply for admission. A long shot in her view at the time.

I asked her whether that had been the right decision? There was a glow in her response. But the challenge and growth has entailed far more than evolving from technology to art. Deeper than just switching fields. It cut to the core of her being.
While she continues to mine a fascination with the romance of Colonial India, from the very beginning, she was simultaneously aware of and disturbed by “America’s imperialist agenda.” As far back as 1990 she had demonstrated against the Gulf War. She explored the manner in which Colonialism and Imperialism constructs the misinformation and romance of power. She gave as an example of this the manner in which the meaning of the monument of the Taj Mahal created by the Shah Jahan in the 18th century had been reconfigured by the British in a manner that denied its essence as a religious site into an object expressing the love of the ruler for a deceased favorite wife. There was the subtle subversion from a place of religious worship, clearly indicated in Moslem text embedded into the structure, and its British interpretation as a Love Temple. She cited this as “rewriting history.”
These concerns took an interesting twist when the family traveled to Orlando to participate in a wedding. It was a different kind of vacation than the often taxing trips back to India to visit family. She recalled with humor a “30 hour bus ride with chickens in the aisle during our honeymoon. We later learned we could have taken a much faster train. The travel agent just didn’t bother to tell us.” So, the chance to visit Disneyland, a real American vacation, by comparison was a piece of cake.

But also an offensive shock when they visited the relatively new Animal Kingdom. There they found an ersatz India. But with really offensive racist signage in a faked Hinduesque script. She immediately connected that this was material for her work. She returned at a later date and tried to get on location in the early morning before the main body of tourists arrived to photograph the sites devoid of people. Just like those 19th century views of Colonial India.

The deception is so clever that most visitors to the exhibition, at first glance, are unaware that they are having a Kodak Moment. The exhibition was originally installed without labels. They have been added subsequently to convey more exactly the idea that the viewer is not viewing actual sites in India but rather very westernized, romantic versions of the exotic. It is the same kind of packaging and mythmaking that one encounters in a Hollywood film and is a part of our perceptions of other culture. Disney is in the entertainment business. There is no commitment to truth and education.

Which is also the theme of the powerful three monitor, video presentation. She titles the work “The Great Game: A New World Order.” She was inspired by an article “The Bomb’s Eye View, Smart Weapons and Military TV” by John Brookton. It is a way of looking at war through the pespective of the bomb. It sanitizes and makes seductive the view that is presented in the media. The rhetoric of Fox coverage, quoted in the piece, describes the bombing of Iraq as “spectacular.” Which is the language of entertainment. So she equates this with fireworks. Iraq as a Fourth of July celebration. Which diverts the idea that people are being killed. War becomes a form of entertainment. As Coppola conveyed in the film “Apocalypse Now.” Particularly the helicopter attack on a village, to a score by Wagner, to secure a beach. Robert Duvall states that, “I love the smell of napalm in the morning…Charlie don’t surf.” War as the sport of sanguine men.

Heady tough stuff. Just where does it go from here? Surely Post Colonialism is a large and complex topic not easily exhausted. For now the artist is going back to the mysteries and complexities of her father and the values of his generation. It is through the process of closely examining family history that she is finding her material as an artist. She is engaging the universal through the local and personal. It is the jewel in her crown.