Let's Have Fun with the YPhil

A Concert for Peace at Skirball 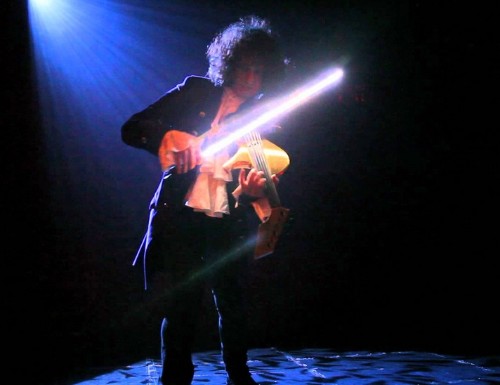 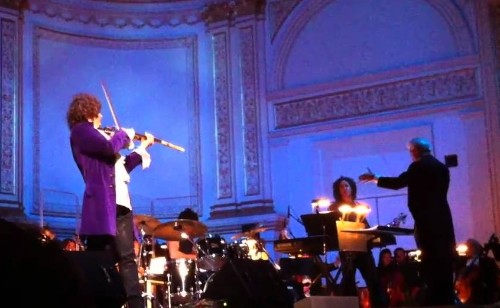 An early performance of Markov and Remington's Rock Concerto 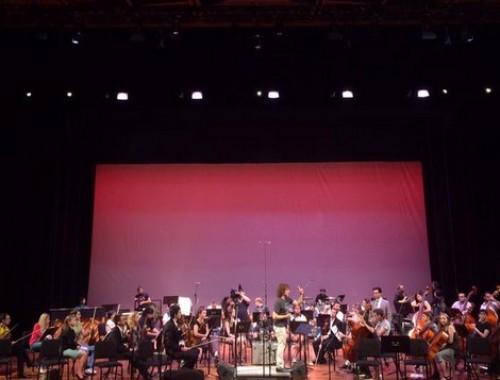 Mehmet Can Atali magnificent on his Kamenche 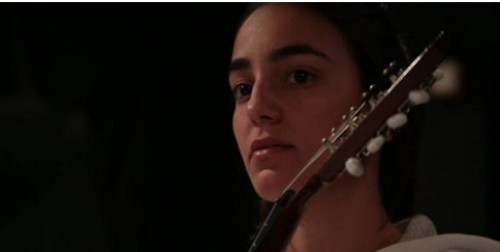 Excitement percolates from the tuning of A across the stage out into the hall.  An electrifying evening is anticipated.

YPHIL - International Philharmonic Orchestra gathers together young musicians from around the world and provides an opportunity for them to work together regardless of their nationality, race and beliefs; bringing out the magnificent music and celebrating the collaboration of cultures.

YPHIL includes more than 100 musicians from more than 70 different countries. Young musicians between the ages of 18 to 26 come from a wide range of cultural, linguistic, ethnic and religious backgrounds to take part in this ensemble.

In the first part of the orchestra's concert for peace at the Skirball Center, Martina Kustarova quickly showed us the magic of her flute in Mozart, a particularly sweet introduction to the orchestra.

Michael Avagliano, a familiar local conductor,  brought together these musicians, who met only two weeks ago, with deceptive ease. Embracing each other, they had immediately undertaken a 10 hour a day rehearsal schedule.

Faruk Kanca's 9/11 song without words evoked the haunting horror of that iconic day.  Ellen Kachvishvili from Georgia was long-stemmed in a sliver of stars, her rosy fingernails matching a rose tatoo on her left arm.  She was lovely, swinging her long black hair to and fro with her body wrapped around a swaying mike.  Her voice is full-bodied and wide-ranging.  Irresistibly inviting.

Nah Neh Nah invited motion and beat.  Echoes of the Middle East and gypsy tunes resounded.  Although the musicians were dressed in classic black for the evening, their sheer pleasure in performance erupted through the traditional style.  They eagerly listened to each other during solos.  Often a smile of appreciation and pleasure crossed young faces.

In the second part of the program, dynamic violinist Alexander Markov led us from a Vivaldi selection on to Paganini pyrotechnics that left everyone in the hall breathless.  His plucked caprice brought down the house.

Markov is committed to the union of classic and rock.  His own Rock Concerto, composed with James V. Remington, has been a hit since its first performance.  For this performance,  Markov strips off his Liberace purple coat and arches into and out of a backbend as he tackles his six-stringed gold electric violin, which was created for him by Remington.  The violin has a special sound: dynamics ranging from soft to monstrous.  Markov takes full advantage, using a Marshall amp.

With a twelve-voice choir singing Let's Have Fun with the composer and soloist, the orchestra and audience come to a joined life, rocking the hall and fired up by this hybrid of classic, rock and jazz.

Markov plays with the innovative conductor Ivan Fischer.  Closing my eyes, I wished for dancing musicians, and audience members plopped on the stage in bean bags, as music continues to complete its insinuation into ourselves completely.  Maybe next time!

In the meanwhile, Markov and the young musicians gave us peace through impeccable performance that overtook us throughly.  What a pleasure.

Creating this festival of peace and fraternity empowers the voices of youth, promotes peace and dialogue, and raises awareness for universal youth issues. Through new and traditional social media, YPHIL - International Philharmonic Orchestra reaches out to millions of people to convey its powerful musical message.