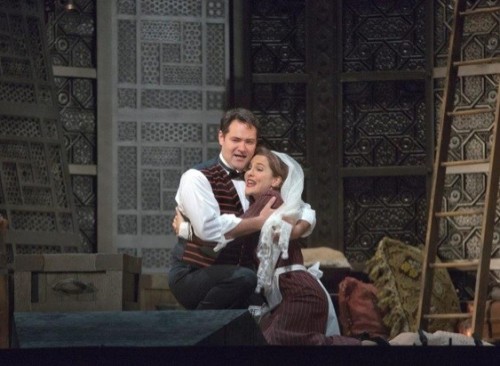 For Abdrazakov and Petersen sizzling sex. 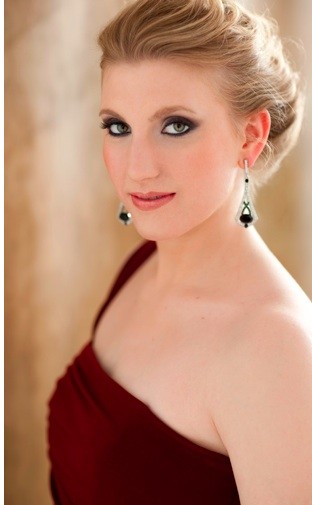 Amanda Majeski was lovely as the Countess. One hopes that she does not stress her voice singing a role like this at 29. 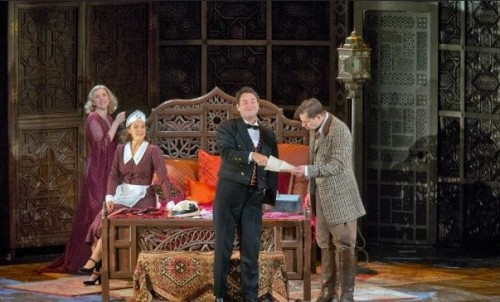 Majeski, Petersen, Abdrazakov and Mattei as the aristocrats and their servants. 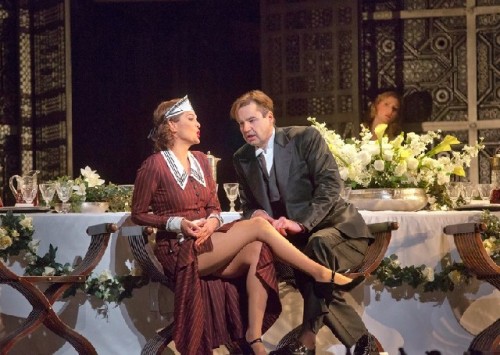 The Count goes for his droit de signeur while the Countess watches. 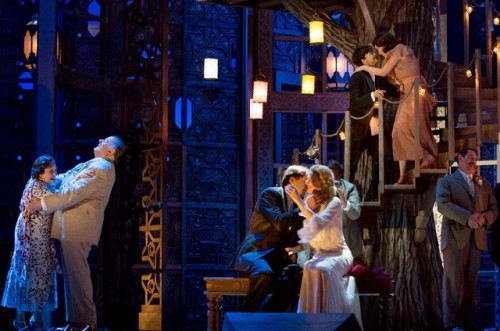 Upstairs and downstairs in Seville

Mozart’s superb comedy of human folly has been relished for over 200 years as a very sophisticated situation comedy. Full of melodic invention which in arias like “Contessa perdono” are filled with aching beauty in their evocation of the poignant struggles that lie at the heart of all our lives.

The opera’s action takes place on the eve of the French revolution, that great watershed in western history. Beaumarchais who wrote the play on which the opera is based, was almost hanged for his friendships with the aristocracy. But he survived and delighted in making fun of aristocrat’s foibles.

When Figaro plots against his master Count Almaviva, he is not a testy valet risking an indispensable job, but rather a member of the proletariat risking his life to challenge an entrenched autocracy.

The Marriage of Figaro both incarnates the values of the ancien régime and points the way to the political turmoil of the nineteenth century from which modern democracies will be formed. Needless to say, class warfare continues today in the studies of Piketty and the 99% versus the 1% gathered in the Opera House for opening night.  Interestingly, both the Times Square screening and that for the proles outside the Met opera house were poorly attended.

Renee Fleming in an intermission interview tried to get at juicy poliitcal ideas, but missed the target. Richard Eyre’s production softens the revolutionary overtones and moves toward Upstairs, Downstairs.

No confrontation between the Count and his vassals at the end. Instead a soft presentation of flowers. The production is a bit bland, not a whiff of the provocative Sellars’ takes on Mozart.  Sellars' Trump Tower seems a more suitable setting for the Age of Inequality.

‘Contessa perdono’ sung by Peter Mattei as the Count was perfection, as was Mattei, the true star of this show.

Levine who has always been superb at Mozart sounded heavy in places, but his overall brisk pace was a pleasure.  Unfortunately the singers and orchestra went their separate ways too often.

Two women sounded particularly lovely in their roles. Marlis Petersen has a lively light voice, and beautifully shaped phrases. She anchors the drama as she should, a constant presence on stage with Figaro, the Count and the Countessa.

Amanda Majeski, who has shone in Chicago with Johan Botha in Meistersinger and as Vitellia in Mozart's La Clemenza showed again a voice is clear as a bell, with a lovely light vibrato, shaping phrases that scampered across the octaves with sensitivity and drama.  Her ‘Dove sono’ brought the house down. An auspicious Met debut.

Susanne Mentzer has graduated from Cherubino to a feisty Mama Marcellina. Barbarina was the making of Danielle de Niese and Ying Fang entered the role with great charm.

Ildar Abdrazakov made his debut as Figaro at the Mariinsky Theatre in 1998 and has since sung the part of Mozart’s beloved servant more than a hundred times. “There are many aspects of the role,” he says. “Comedy, drama, some lyric tones.” He keeps it fresh by always “finding something new, a small departure.” Abdrazakov is a first-rate actor and seems to enjoy dashes up a stockinged leg and down the plunging neckline as much as Roberto Alagna.

The mix of voices in ensemble worked very well.

For a company that has spent months justifying its existence, the choice of Mozart was a safe one. Figaro is an adventure story full of dangers and disguises. The panoply of human sexuality is represented by various characters and relationships: lust, worldliness, resignation and forgiveness.

The music however must always be star. Figaro’s “Non piu andrai,” the second Act finale which builds for twenty minutes of sheer delight, and “Voi che sapete che cosa e amor” are just the tip of those delights.

The production is a lot of fun.  We wait to see how ticket buyers will respond.