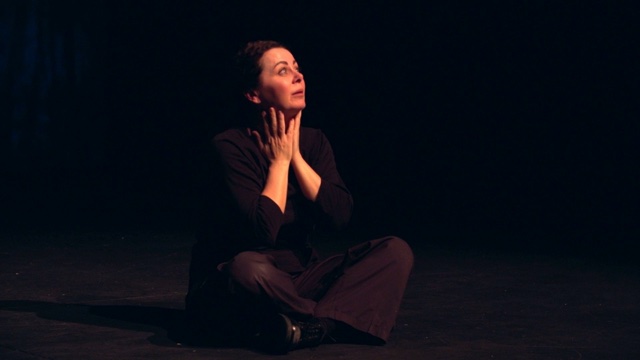 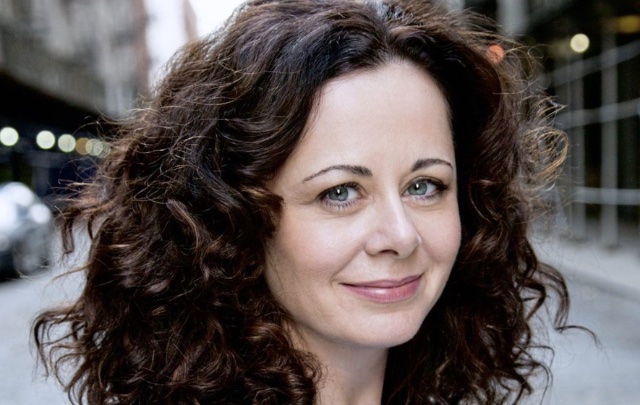 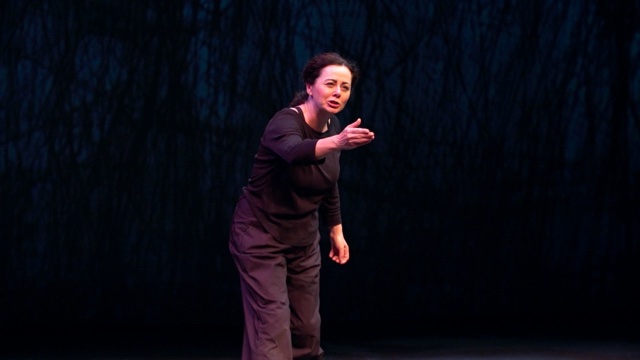 Story after Story in Belfast Blues with Geraldine Hughes

Irish Repertory Theatre chose Belfast Blues, by and with Geraldine Hughes, to open their fall season streaming. Charlotte Moore and her founding partner Ciarán O’Reilly chose well.  This one woman shows draws the portraits of twenty-four characters, all presented through the vessel of Hughes. Yet we never wonder who is speaking. We learn the gestures and tics of each character and come to be entranced.

In Hughes’ words, Belfast Blues is "one wee girl's story about family, war, Jesus, Hollywood... Most of all it's a story of hope – it just happens to be my story."

First performed in 2003, the play has been staged across this country and in London.  It is finally coming home to the Lyric Theatre, Belfast, where the actress and playwright played Annie at 13.  As a young girl in the 1980s, Hughes saw men die on her doorstep and watched small children accidentally shot and killed.

When the show was put on for a two-night stand while she was performing in Harry Potter and the Cursed Child on Broadway, young Northern Irish people were wowed. Hughes realized that they had grown up after terror ripped the city’s streets and knew the details only as distant history.  She determined to return home and make it present.

Her childhood experience is etched deeply.  Tears appear in her eyes as she has a wee boy say, 'You better shoot me now, mister, because when I grow up I'm going to take my gun and shoot you with it.' Hughes sadly says that no one is going to win this one. Yet she is very funny.

The first portrait she draws is of her mother, very pregnant with Geraldine, who wants to be called Debbie Reynolds.  She is asked to carry a bomb to an IRA safe house during an army raid.

As this little girl is born and grows, she swings on lampposts and watches Starsky & Hutch.

The show is directed by Carol Kane, a friend of Hughes. Kane encouraged a stripped back production, no set, but lovely textured images. Hughes is forced to rely on words and her physical presence.  She triumphs.

We hear how she fell under the spell of director “George”who cast her in the Troubles film Children in Crossfire and brought her to America. She would follow with roles in ER, The Good Wife, and The Blacklist as well as acting alongside Sylvester Stallone in Rocky Balboa and Clint Eastwood in 2008’s Gran Torino.

As well as writing two new pieces for the stage, one of which she would like to premiere in Belfast, Hughes would like Belfast to be a film and open it up to a wider audience.  Maybe this marvelous video of the work will serve that purpose.  It is so rich and moving.  Performances available: