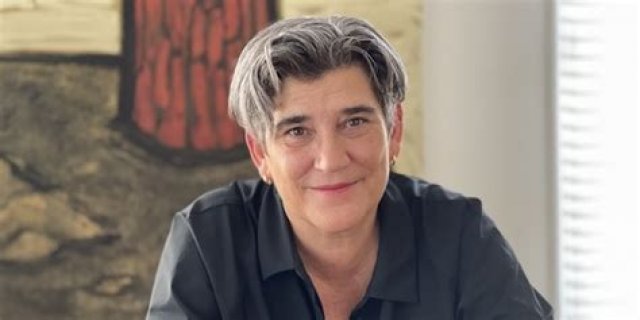 The Board of Trustees of the Massachusetts Museum of Contemporary Art (MASS MoCA) announces that Kristy Edmunds has been appointed as its new Director, following a 10-month international search and a unanimous decision by the Board. Edmunds comes to MASS MoCA from UCLA’s Center for the Art of Performance (CAP UCLA), where she has served as the Executive and Artistic Director since 2011. Previously, she was the Artistic Director for the Melbourne International Arts Festival, served for several years as the Head of the School of Performing Arts and Deputy Dean at the Victorian College of the Arts at the University of Melbourne, and was the founding Executive and Artistic Director of the Portland Institute for Contemporary Art (PICA) and the TBA Festival (Time Based Art) in Portland, Oregon. She also served as the inaugural Consulting Artistic Director for the Park Avenue Armory in New York. Edmunds will begin her new position at MASS MoCA in October.

“We are thrilled to welcome Kristy to North Adams and MASS MoCA; Kristy brings an exceptional record of artistic vision, community engagement, and leadership to MASS MoCA,” said Timur Galen, chair of the MASS MoCA Foundation Board of Trustees. “Among a deep and diverse pool of very strong candidates, Kristy, from the outset of the selection process, stood out as someone with interests, experience and aspirations that are deeply aligned with ours. From her role as a founding director, to the broad range of multidisciplinary projects she has undertaken and presented in different venues and environments around the world, to her evident care and commitment to artists, her staff, and colleagues, we are truly delighted that Kristy will be joining us to lead MASS MoCA into the future.”

“I have been fascinated with MASS MoCA from the second I learned about it decades ago,” said Edmunds. “What it took to make it possible is extraordinary. What it feels like to experience art in this place is unlike anywhere else. There’s an aliveness charging through the campus itself that manages to honor the past while being in the vivid present, and I have never been there without feeling that I discovered something astonishing. A whole creative ecosystem exists in North Adams to realize the vision of artists—from inception to monumentally-scaled completion, and everything in between—while also enhancing the economic benefits to the community. It is a tremendous honor to be joining MASS MoCA and supporting this outstanding team of people who maintain a creative pipeline of possibility in one place.”

As the Executive and Artistic Director of UCLA’s Center for the Art of Performance (CAP UCLA), Edmunds oversees a vibrant organization with more than 45 full time staff and an annual budget ranging between $8 -$10 million. CAP UCLA presents a diverse roster of artists working in contemporary dance, theater, and music, in addition to cross-disciplinary and experimental projects that also include contemporary authors, visual art collaborations, and digital practices. It serves both the scholarly audiences affiliated with a major research institution and public audiences in and around Los Angeles, presenting 60 performances per season at Royce Hall on the UCLA Campus, The Theatre at Ace Hotel in Downtown Los Angeles, and other off-site locations. The scope of work is international, national, regional and local, and deeply embedded in research and public issues.

Among the premieres and major productions recently: Octavia Butler’s Parable Of The Sower, an opera by Toshi Reagon and Bernice Johnson Reagon; Robin Frohardt’s The Plastic Bag Store installation and immersive film; Pam Tanowitz, Brice Marden and Kaija Saarihao’s Four Quartets; and Notes on Napkins, a project conceived by Edmunds that captures and presents the visual thinking by composers from their formal or informal doodles and drawings. A companion effort titled The Choreographers’ Scores: 2020 is now in the collections of the J. Paul Getty Museum and the Hammer Museum at UCLA. More recently, to address access to the performing arts during the pandemic—when CAP UCLA’s venues were closed, as were most others—they created an online channel and commissioned filmed works and productions, with scores of performances, that can be viewed for free with registration at online.cap.ucla.edu.

In 2018, Edmunds identified an opportunity to expand CAP UCLA’s work with artists by acquiring The Crest Theater, a long shuttered historic venue in West LA. Her aim was to restore and operate it in a shared use model that supports small-scale projects, and the diverse and emerging creative producers in need of a well-equipped affordable home for their ideas.  Filmmaker, collector, and philanthropist Susan Bay Nimoy and an anonymous donor stepped forward with a lead naming gift. Edmunds and her team have spear-headed a capital campaign for the renovations which is more than 80% complete. Designed by B.A.R. Architects, the UCLA Nimoy Theater (in honor of Leonard Nimoy), will be completed in the Fall of 2022.

From 2009 to 2012, Edmunds was the inaugural Consulting Artistic Director for the Park Avenue Armory, helping to establish the annual programming footprint for the rehabilitated building as it converted to become a commissioning and presenting entity of large-format visual and performing arts experiences. Among the artists whose projects Edmunds brought to the Armory were Peter Greenaway, Ann Hamilton, Ryoji Ikeda, Tom Sachs, Janet Cardiff & George Bures Miller, Shen Wei and Elizabeth Streb, as well as the epic final public performance of the Merce Cunningham Dance Company on December 30, 2011.

Edmunds came to UCLA following eight years as both an artistic director and producer and an educator in Melbourne, Australia. Originally appointed as the Artistic Director of the Melbourne International Arts Festival in 2004, she was asked to stay in that role for an unprecedented four-year term, through 2008. The Festival features approximately 100 projects—both in performance and visual art exhibitions—over a 3 week period annually, by hundreds of artists from around the world, and at Festival time employs a staff of more than 100, with a budget of approximately $10 million raised from a combination of public and private sources at the time of her tenure. A highlight of Edmunds’ work at the Festival was Théâtre du Soleil’s Le Dernier Caravansérail (Odyssées) by Ariane Mnouchkine, which was staged in Australia’s original house of Parliament. Of equal measure was Edmunds’ support for the formation and premiere engagement of the Aboriginal and Torres Strait Islander ensemble Black Arm Band, in the 2006 festival program at the State Theater. Composed of 36 musicians across 4 generations of Indigenous music and protest songs, murundak (meaning "alive" in Woiwurrung), became the first of many projects and subsequently toured internationally. It was followed by the Hidden Republic project, in collaboration with the Melbourne Symphony Orchestra.

From 1995 to 2004, Edmunds was the Executive & Artistic Director of the Portland Institute for Contemporary Art (PICA), an organization she founded and grew from a startup into a leading presenter of cross-disciplinary contemporary artists in the Pacific Northwest A central achievement  of Edmunds' time at PICA was the creation of its annual Time-Based Art (TBA) Festival, which brings together local and national artists for events in local galleries, performing arts spaces, and outdoors, utilizing the singular attributes of Portland’s creative culture as a canvas and stage over 10 days annually.

Born in Chelan, WA, Edmunds has a Master of Arts in Theater with a Directing/Playwriting emphasis from Western Washington University, and a Bachelor of Science in Film and Television Production from Montana State University. In addition to her full-time work leading arts organizations in the U.S. and Australia, Edmunds has been an active, speaker, juror, panelist, creative advisor and consultant for projects and organizations around the world, including Converge 45, Opera Philadelphia, Oz Arts (Nashville, TN), and the Park Avenue Armory. She is also the recipient of many awards and honors for her contributions to the arts, including being named a Chevalier (Knight) de L’Ordre des Arts et des Lettres by the Republic of France in 2016 and, in 2018, receiving the inaugural Berresford Prize from United States Artists (USA).

“Central to my experience at every organization has been the importance of recognizing, respecting, and elevating the staff and artists, along with the audiences,” said Edmunds. “Art is not a solitary activity, it always requires support, whether it’s an artist who needs assistance with basic materials, to those who physically install, organize or contextualize its presentation, to the people whose experience of those works is what helps give them their enduring value to culture. This nexus of elements is what attracted me to MASS MoCA, where for more than 20 years the creative practitioners who work there have supported the artists themselves in creating powerful and memorable visual and performing arts installations in one of the most extraordinary venues in the world. I am looking forward to building on this outstanding legacy.”

MASS MoCA began its search in Fall 2020, following the announcement in August 2020 that Joe Thompson would step down as Director after 32 years. The Board formed a search committee chaired by trustees Mariko Silver and Elizabeth Easton, and hired Russell Reynold Reynolds Associates (RRA) to conduct the search process. Through the subsequent months, RRA reached out to more than 250 individuals, as both prospective candidates and sources for recommendations, which ultimately generated a pool of more than 40 candidates. Eleven of those were invited for first round interviews, leading to three finalist candidates who completed additional interviews and visits to MASS MoCA’s campus. The search committee was unanimous in its recommendation to the Board of Trustees that they hire Kristy Edmunds.

“On behalf of the Search Committee and the Board of Trustees, I am gratified that such a remarkable group of people wanted to be considered for this position with MASS MoCA,” said Mariko Silver, Co-Chair of the Search Committee. “It is equally gratifying that Kristy emerged from this group with such evident strengths and preparedness. This is an important moment for MASS MoCA as we begin a new chapter, and we are fortunate to have Kristy to lead us through it.”