Mill on the Floss a Berkshire Landmark 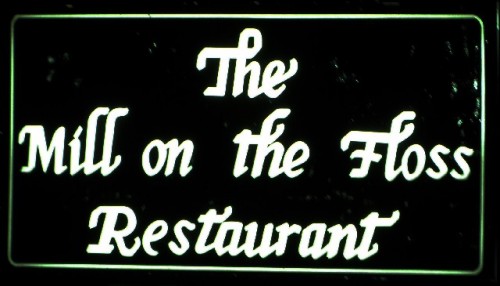 The forty-year-old Mill on the Floss. 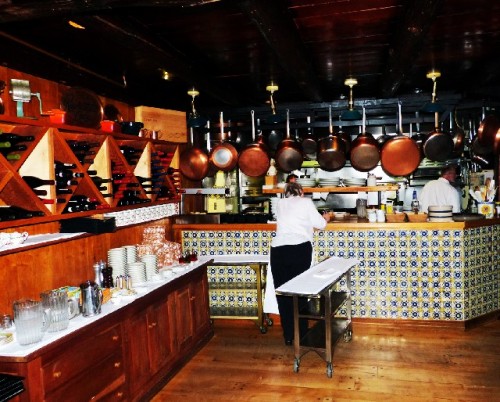 Looking toward the kitchen and serving area. 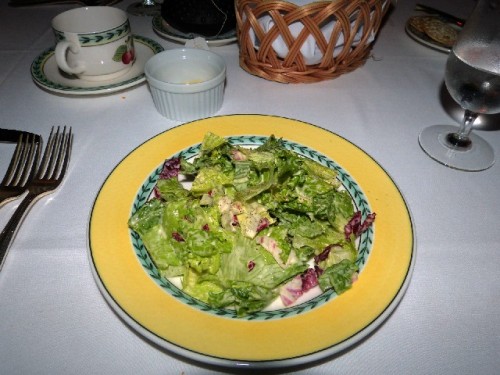 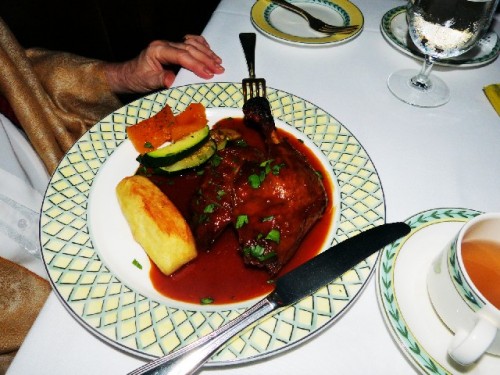 There were cloves and cinnamon in the reduction for the duck. 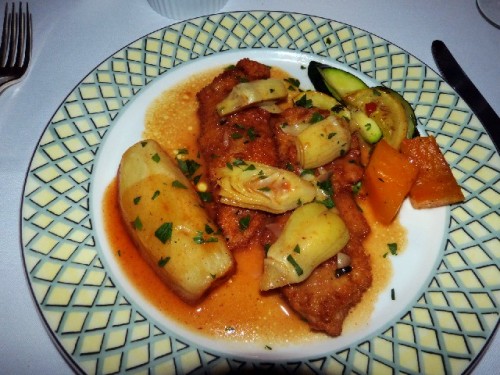 Brine in the artichokes overwhelmed the hint of marsala in the veal scallopini. 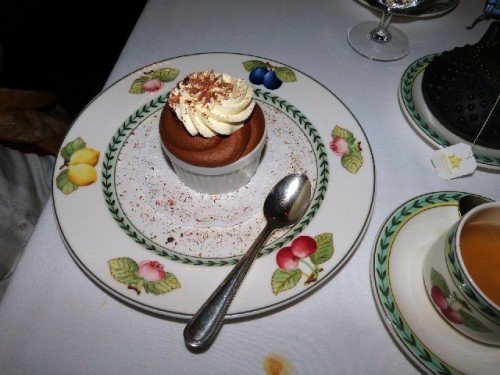 The chocolate mousse was nicely smooth and decadent. 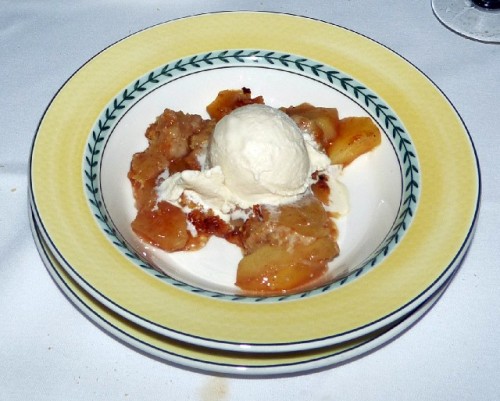 The apples were nice but we never found the crisp.

On Route 7 between Williamstown and Pittsfield one passes Mill on the Floss.

So named by an owner and George Eliot fan a century or more ago.

The restaurant in the 200-year-old former grist mill has been offering fine dining for the past 40 years. The current chef, Suzanne Champagne Ivory, continues the classic French cuisine handed down from her father.

It is a special occasion restaurant as described by our Berkshire neighbors.

With an anniversary to celebrate we checked it out during a Sunday drive. The restaurant was closed but we were able to see through the windows and examine the posted menu. It offers a prix fixe menu of three courses which changes nightly for $30.

There was an event we attended so the reservation was made for 7:30 pm.

On a Thursday evening the restaurant was busy but we were alone on our side of the cozy and beautifully appointed room. Near us, just past the bar and entrance, was a pot belly stove. Hanging copper pans marked the kitchen and serving area.

Cisco stuck with the prix fixe, on this night Veal Scallopini with Artichokes, and Arni ordered Duck à l'Orange ($29).

Given a choice between soup and salad we tried the salad with tarragon vinaigrette dressings. We had just started a tarragon infusion in a combination of rice and apple cider vinegar so it was interesting to taste their version.

When I mentioned this to the attentive waitress she commented that it is best to let the infusion steep for at least six months. This brings out the full flavor of the herb.

The salad of fresh greens tossed with a bit of cream with the tarragon vinegar was just perfect. One enjoyed the rich hints of herbs.

Arni commented “I ordered duck a l’orange which was exquisite. The breast was cut into small pieces. The skin was crispy. The meat was a touch drier than necessary. The sauce was divine. I call it divine. There was the sweetness of orange but balanced by hints of clove and cinnamon. The potato on the side, well, the French aren’t known for making great potatoes. It was browned on one side and tough to cut through. There was squash on the side.

“There was half a duck which is a good portion. It was done absolutely beautifully. For a  restaurant it was the best duck a l’orange I have ever had. I recall making it many years ago. This was really the best for a restaurant presentation.”

We asked about the unique herbs in the sauce. “The chef combines cloves and cinnamon with the orange in a wine reduction which is then strained” she said.

Often the sauce is overly sweet but this was remarkably well balanced. We will have to try that when preparing duck at home.

The veal was adequate but unexceptional. There wasn’t enough sauce to taste the marsala wine. While the dish is a standard of the menu the marriage of veal scallopini and artichokes out of the can just doesn’t work. Combining the veal and artichoke the flavors were overwhelmed but the strong brine of the preserved artichoke. It eliminated any hint of marsala. Even tasting the veal by itself it was lacking in flavor.

The roasted potato was a disaster and slices of squash were not enough to compensate. One tried the bread basket but the roll was dry and bland.

For dessert there were a number of prix fixe options. We tried the crisp of the day which proved to be apple with a scoop of ice cream. The hot apples were nice but we never quite found the crisp. She tried the chocolate mousse ($8.50 for all desserts) which was appropriately smooth and decadent.

Overall, the ambiance was fabulous for a romantic evening. Add to that gracious service.  High marks for the duck and chocolat mousse but so so for the veal.

We plan to return on an evening when we agree on the prix fixe menu. At $30 each, with such a charming ambiance, it rates a “best in the Berkshires.” Ordering a la carte, however, puts Mill on the Floss in the mix with many high end dining options in the region.