The Cocktail Hour by A. R. Gurney 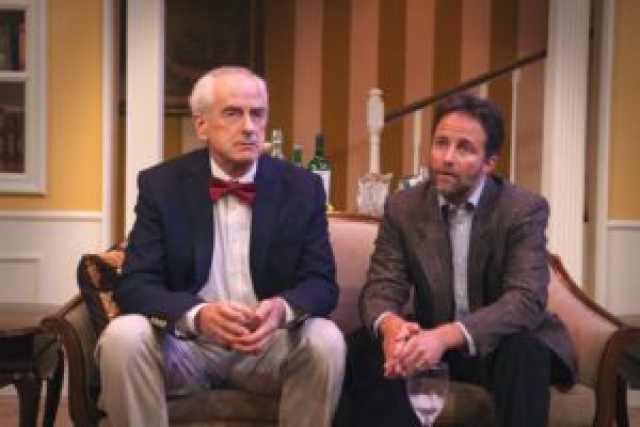 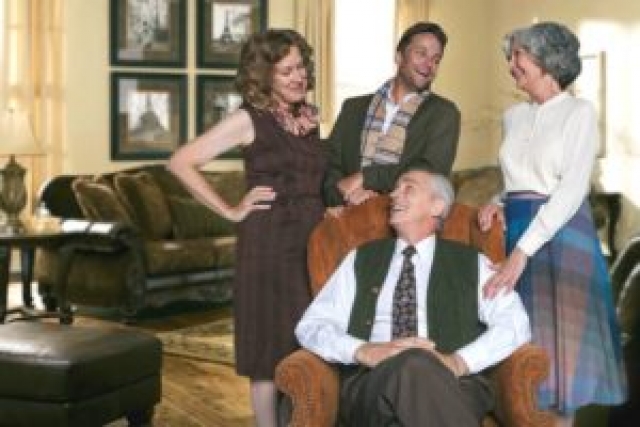 I can’t think of a better way to launch North Coast Repertory Theatre’s 35th Season of live theatre than to present a sophisticated comedy of manners written by A. R. Gurney, one of America’s finest playwrights and a play that is stylishly and deliciously staged by Rosina Reynolds, one of Southern California’s finest directors.

Gurney, is definitely a product that one would call ‘old school’. He was born into a wealthy up-state New York family, who knows whereof he speaks when it comes to telling the story of an upper class, stuff-shirted New England family of privilege who over-react to the newest play that their middle aged writer/publisher/playwright son has written using the family as somewhat unflattering characters.   Gurney is probably best known for this and earlier plays ‘The Dining Room’ and the huge mega- hit play still being produced that is a favorite of America’s over 60 set – ‘Love Letters’.

In ‘The Cocktail Hour’ he hits the vanishing cultural nail of privilege right on the proverbial head. In America of the 50s, 60, early 70s, however, the evening ritual of having a cocktail at the end of the work day (if one worked that is) with one’ spouse’ was the proper way to relax before the cook and maid announced that dinner was ready. Shades of Downton Abbey. In families of privilege where television was considered uncivilized and therefore beneath discussion, this nightly ritual would be where the news of the day, and family gossip would be discussed and digested in a civilized manner, usually presided over by the father as titular head of the family.

In ‘The Cocktail Hour’, Bradley (a terrific J. Michael Flynn) blusters and pontificates over a new play their son John (a solid Chris Petschler) has written. John drops by to get permission from his father Bradley before he publishes it, and his mother Ann (winningly played by Cristina Soria), and his sister Nina (nicely played by Shana Wride), who when she discovers she’s also a character in her brother’s play takes the sting out of her usual put-down retorts, asking John how many lines she has while thumbing through the script trying to count her scenes and words.

Does it have a plot? Bradley keeps asking John, only when John finally says ‘Yes’, then Bradley loses interest in John’s play and begins to chide him by saying you make a perfectly good living as an editor/publisher. Why write plays? Ann, on the other hand keeps asking John to write a book instead of a play. “One gets more lasting pleasure out a book dear” she purrs. During these family dialogue exchanges, the cocktails have been flowing freely and the inevitable recriminations begin to bubble up to the surface. And we’re off to the races. Filled with crackling dialogue, and witty counter-repostes the audience is in for a delightful evening of watching characters one will swear you know and see every day. Remember, we never see ourselves as others see us.

The beauty and enjoyment of this smart comedy ensemble lies in the situations the characters find themselves in along with witty, sharp, and clever dialogue provided by Gurney. Also, plays of this type, flavor, and tone are right in the wheelhouse of Ms. Reynolds. I still remember her gifted direction a couple seasons back of the outstanding production of Sir Noel Coward’s “Fallen Angels”.

Once again Artistic Director David Ellenstein scores with another stellar production. It’s a great way to raise the curtain on NCRT’s 35th Season. “The Cocktail Hour” performs through October 2, 2016.