Circa 1963 At Harvard's Carpenter Center

An Exhibition of Iconic works from the 1960s 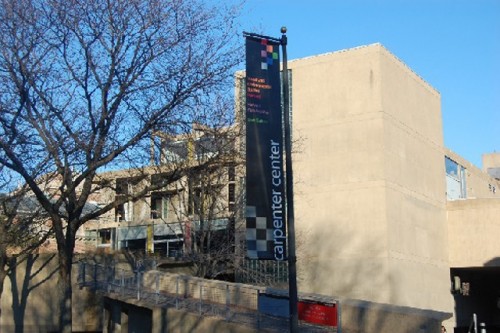 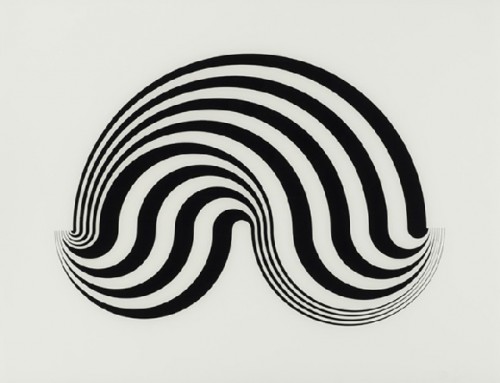 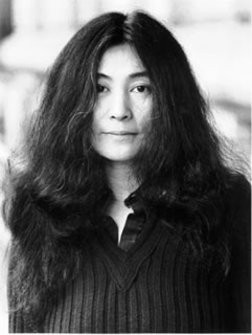 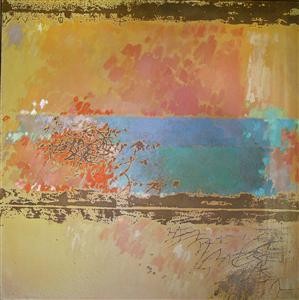 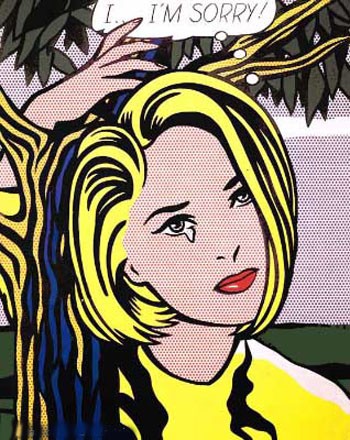 circa 1963 included a large print by Pop Artist Roy Lichtenstein. 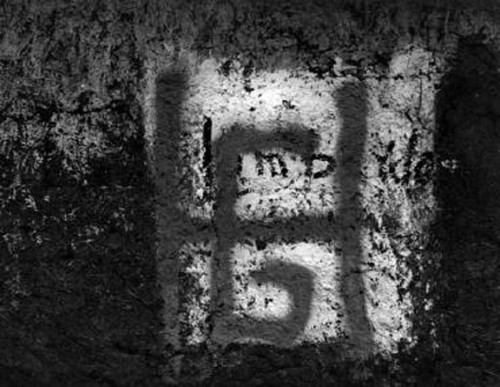 A number of Photographer Aaron Siskind’s Abstract Images were in the exhibit. 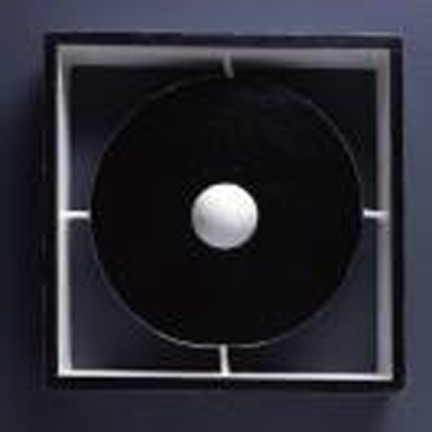 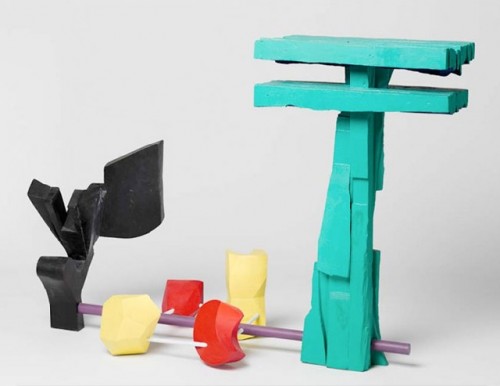 Sculpture by George Sugarman at circa 1963 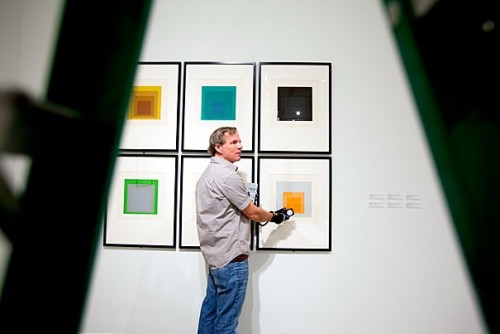 Installation of Josef Albers Color Studies at circa 1963.

circa 1963 is an elegant, no rather discrete, exhibit at the Carpenter Center adjacent to Harvard Yard. The objects on display are generally small to medium in size. There are no large blockbuster pieces. But many of the objects' creators are the 20th Century's notable artists. And several of the pieces on display are literally iconic.

Le Corbusier designed the Carpenter Center to be a laboratory for creative and critical thinking. Its open and interconnecting spaces are meant not only to encourage experimentation, but also to allow opportunities for interdisciplinary conversations and even collaborations.

The thematic program throughout the Fall 2012 and Spring 2013 is showcasing the Carpenter Center's vibrant history in diverse and creative ways that highlight the uniqueness of the building and its contributions to the artistic life of Harvard University. It will also be celebrating Le Corbusier's own inventive synthesis of art and architecture.

This first exhibition frames the history of the building critically and historically, and sets the cultural and artistic context for the 50th anniversary exhibitions and programs that will follow.

The Carpenter Center for the Visual Arts (CCVA) at Harvard University is notable for being Le Corbusier's only building in North America. It was one of the last of his buildings to be completed. In May 2013, the Carpenter Center will celebrate its 50th anniversary as an architectural and artistic landmark.

Drawing on works in diverse media, circa 1963 presents an eclectic picture of what "contemporaneity" meant in the years of the building's beginnings. The exhibition includes artists who taught or were associated with the Center in its formative years. Many of them contributed to a vision of "Cambridge Modernism" as a new extension of Bauhaus ideals of experimentation and abstraction, and cross-media explorations of the visual arts.

The exhibit starts with a number of photographer Aaron Siskind's highly abstract black and white images. This is joined by an early construct piece by Sol LeWitt that looks like nothing of his later severely geometry-oriented sculptures and wall drawings. There is a surprising relationship to it and Robert Rauschenberg's work. If this was a thoughtful consideration or an accidental action, either way it is a provocative piece.

The singular Colorfield painting by Morris Louis is a smaller painting for the artist, but holds its own in terms of artistic presence in the show. Nearby is a Roy Lichtenstein comic book image print that speaks to its Pop Art genre. Its size is not overwhelming compared to many of this artist's large paintings.

One of the strongest works in the show is Bridget Riley's piece which represents the best of Op Art. It is black and white and vibrant all over. Josef Albers Color Studies look graphically appealing but somehow academic. Albert Alcalay's landscapes/cityscapes seem the most dated and have a 1950s geometric abstraction. George Sugarman's sculpture assemblage is smaller, rougher and multi-colored unlike his more refined large later works.

Though represented by a small drawing, there is a certain minimalist sculptural quality to Eduardo Chillida's piece. Dmitri Hadzi's small black maquette is both contemporary and ancient-looking, heavy and soft. Ben Shahn's social consciousness is represented by his elegant caligraphy and passionate words.

The sand painting by György Kepes has a color vibrancy that became more muted in his later work. While her conceptual art and minimalism is shown by three small pieces in the exhibit, Yoko Ono's aesthetic also incorporates her ubiquitous personal visual presence in the form of a portrait with her art. Here the artist is the art.

The works featured in circa 1963 represent the exercise of creative and conceptual investigations of color, form, and design. This was to open new perceptual relationships between drawing, painting, sculpture, and photography. The Sert Gallery is intimate but open and underscores the university's committment to art education and contemporary thought.

The show was curated by David Rodowick, the Director of the Carpenter Center. The exhibition includes selections from the collections of the Harvard Art Museums/Fogg Museum, the Addison Gallery of American Art, and the Estate of Peter Moore.

circa 1963 is less of a time warp than a series of pleasant visual memories. It is an exhibit to enjoy and embrace art history of a half century ago that still informs the visual art experience of today.

Note: BFA Editor/Publisher Charles Giuliano worked on the construction crew building the foundation of The Carpenter Center. And there, Mark Favermann won a prize for a collage as part of a university-wide art competition while a graduate student at Harvard's GSD and later taught a course on Art and Politics for the Kennedy Institute.