Principles of Uncertainty at BAM 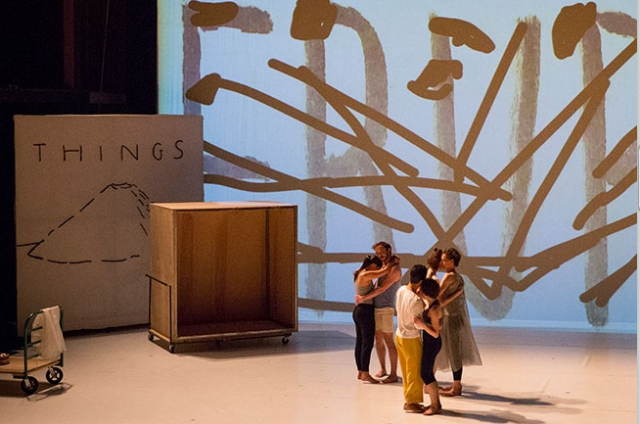 The Principles of Uncertainty at BAM. 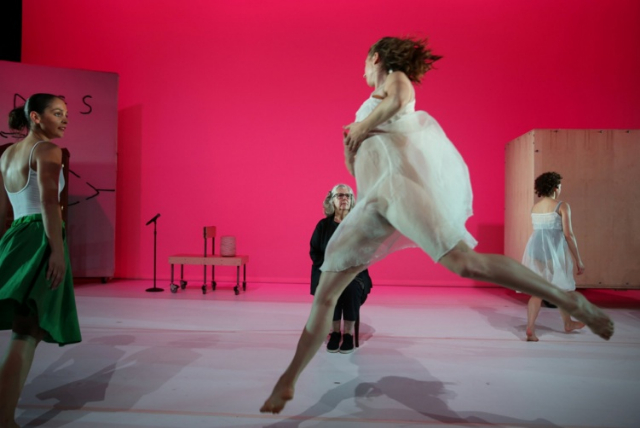 In Uncertain Action at BAM 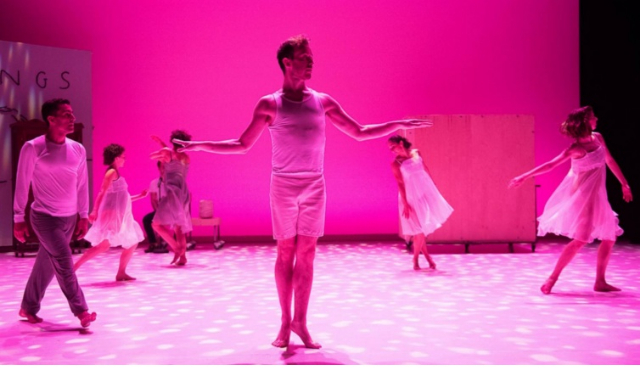 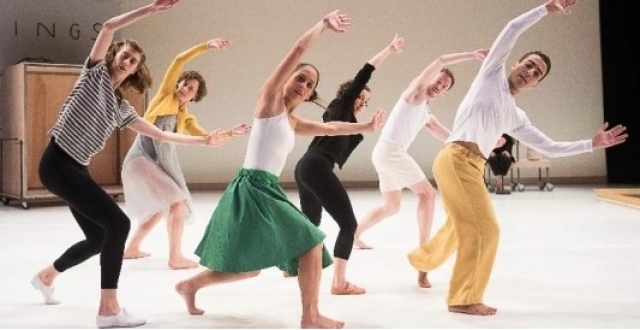 Costumes are by Kalman, who chose green and yellow and white 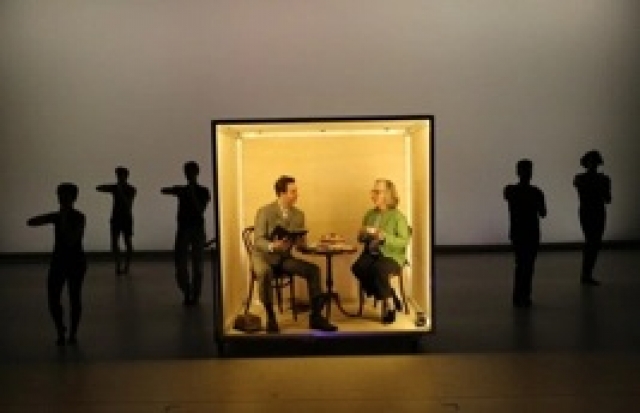 Pettrow and Kalman in a box finally contemplate the only certainty. 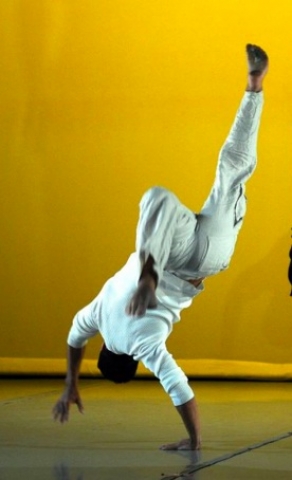 John Elrich in uncertain action. Heginbotham has people upright and upsidedown. Here Elrich is in a moment from Take Dance. His athleticism and energy are contagious. 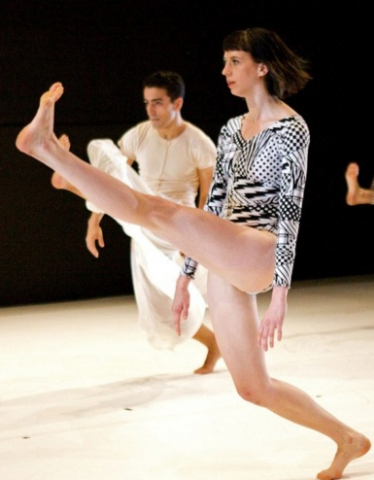 Lindsey Jones has a long stretch. on tip toe in another production. 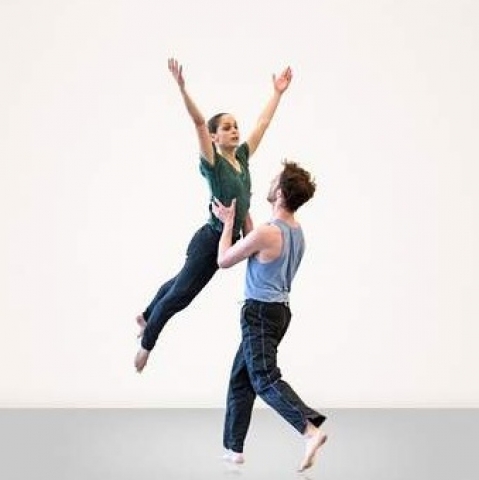 Courtney Lopes, a dancing delight, here at work in the studio. 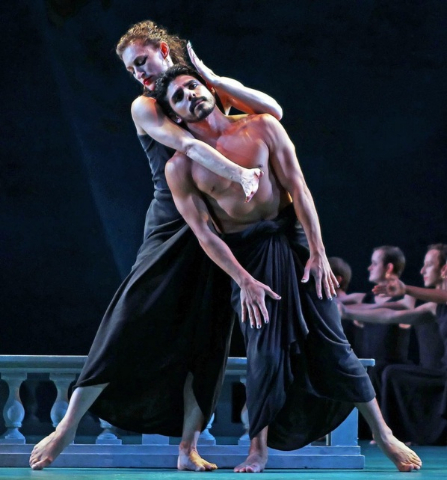 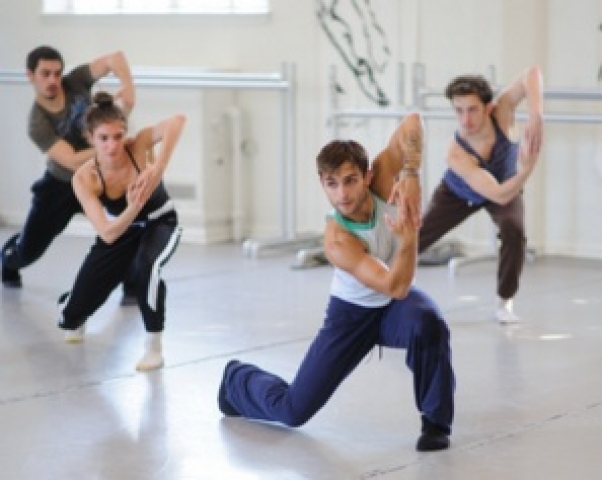 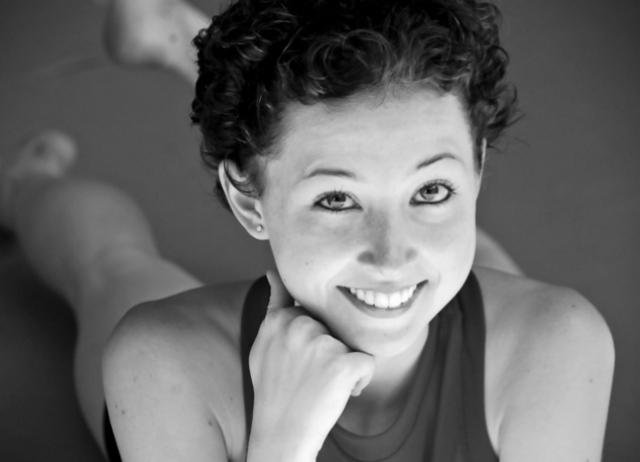 From the moment she lights on the stage, you would never guess that Macy Sullivan is tiny. She is a dynamo with precise and exciting movements. 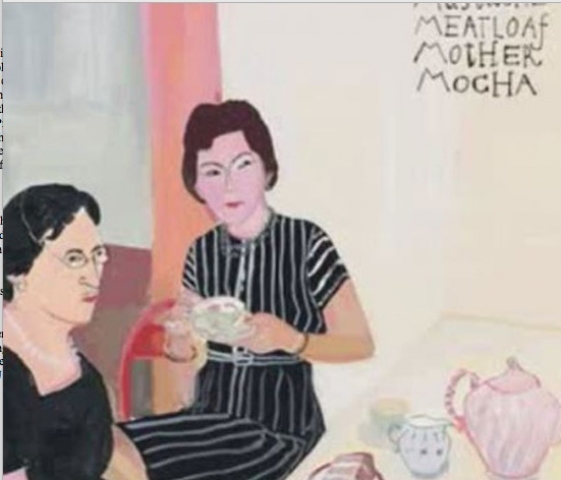 One thing is for sure about uncertainty.  It can turn into the incredible lightness of being in the hands of uncertain artists like Maira Kalman and John Heginbotham.

DH is Heginbotham's dance troop.  Each dancer deserves a call out.  Each of them is pictured in this article.

Kalman's brand of art is very much her own.  Pompeii is the immediate subject, and the image of a volcano sits on the stage throughout, posted on a large canvas reading Things. Is Malcolm Lowry's rant in Under the Volcano implicated here?  Clearly Nietzsche is, imagined floating in his brown suit.  The Nietzsche we know probably had syphilis for which there was no cure in his time.  In the tertiary phase he is reported to have witnessed a horse being flogged and flung his arms around the horse's neck and collapsed.  Uncertain!

Dance motions are uncertain but not unkempt and there seems a reason to the madness, although it is deliciously difficult to determine.  Flopping hands, sometimes wriggling, accompany images of an egg yolk jiggling.  A bad egg yolk day is one unforgettable image Kalman suggests.

Heginbotham takes her up and so do his troop.  Their physical prowess. the variety of motion and its apt suggestion of image make this production seamless. Awkwardly angled feet, bodies' twists, all make the spirit of this piece sing.  It is interesting to note in the program that descriptions of each of the artists are done alphabetically and not by specialty.  All is mixed and matched.  Musicians from the Knights perform a melange of music from Bach to Schubert to Villa-Lobos.  Kalman gets up to dance in At the Ball That's All. Can't resist?  Uncertain.

Kalman is on stage, seated at first, then dancing in more grounded steps than those of her fellow dancers. Yet she moves to the music, while the other younger members of the troop take on Bach, sometimes processionally, and at others to beautiful Schubert songs sung the the flutist of the Knights, Alex Sopp.  Nathan Koci takes the piano role on his accordion and enchants.  Colin Jacobsen on the violin sets the pace for others in the group.  Caitlin Sullivan sings on her cello.

Toward the end of the piece, the musicians are wheeled off stage as words take over.  Kalman in conversation  with Daniel Pettrow resists beginning any book, saying no to 'Once...,' 'The...', and several other obvious starting words of the volumes Pettrow presents.  You sense that she doesn't want to begin because then you have to think about endings.  Then she does.

The deep feeling that it is desirable to grab the ring of life whenever you can leaves us deeply amused, satisfied and a bit sad.

Next up for Heginbotham is the choreography for the new John Adams/Peter Sellars' opera, Girls of the Golden West.  We saw a preview at the Works and Process at the Guggenheim Museum recently, and heard "The Spider Dance" which has already been premiered at the Proms in London.  How Heginbotham will treat this music is exciting to think about.  Certainly the composer and director/librettist are thrilled to have Heginbotham on board.

Watching Uncertainty you understand why.