Superb Venue That Speaks of Form For Function 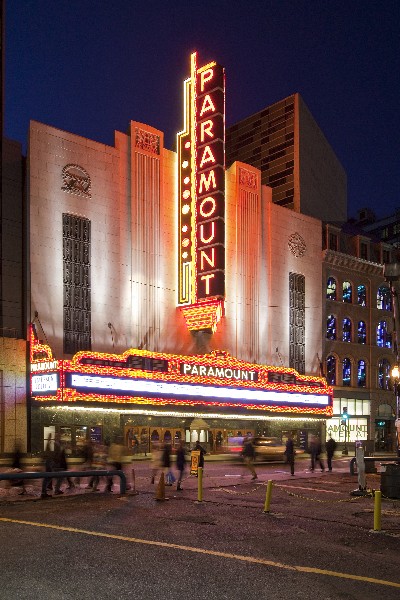 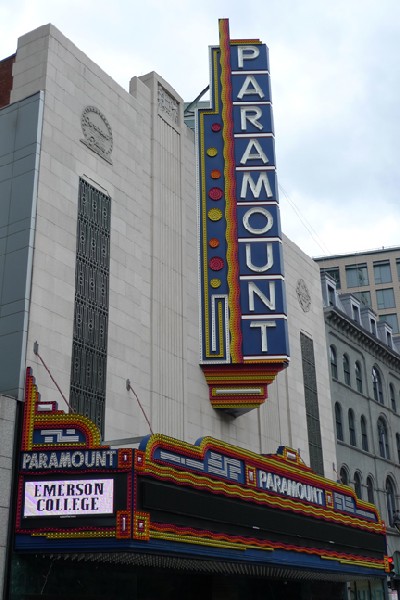 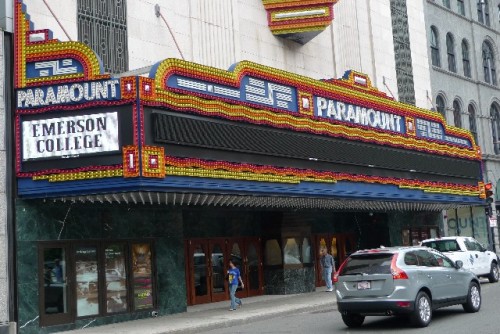 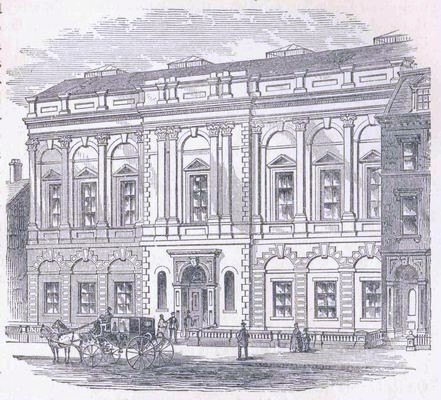 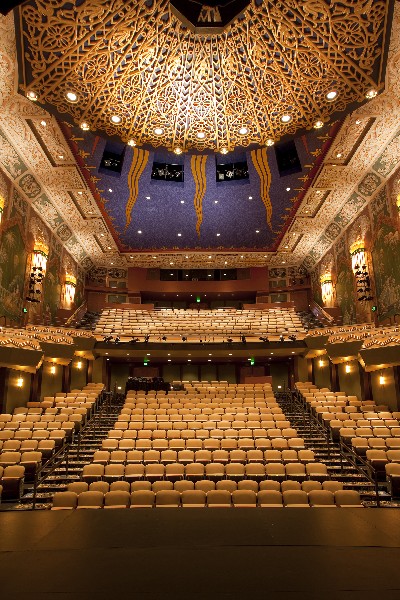 Exquisite Ceiling of the major theatre, Photo by Peter Vanderarker 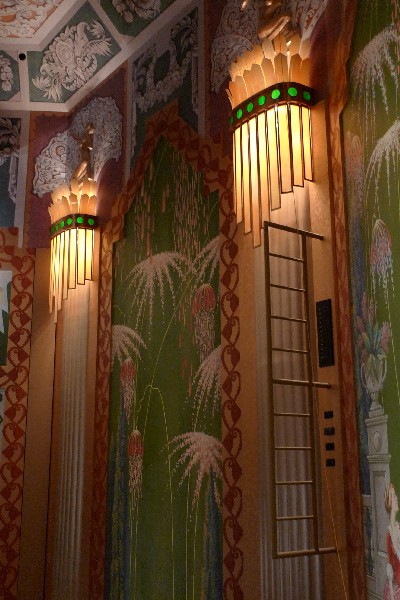 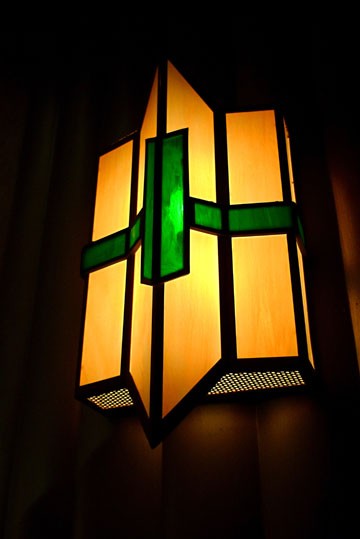 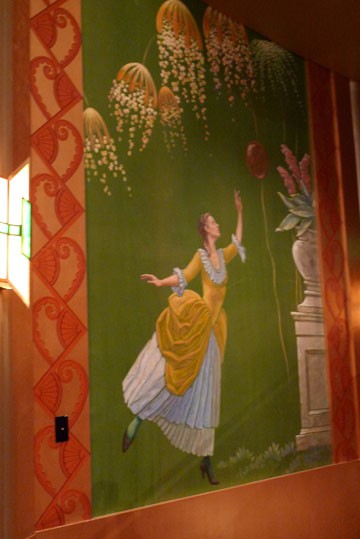 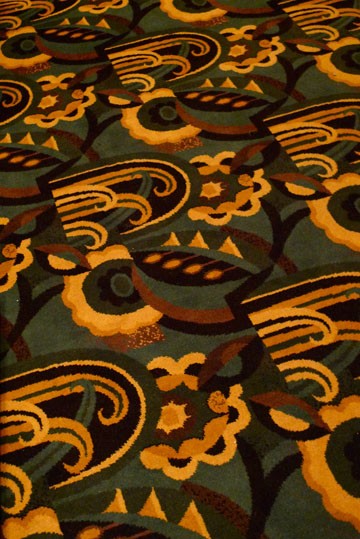 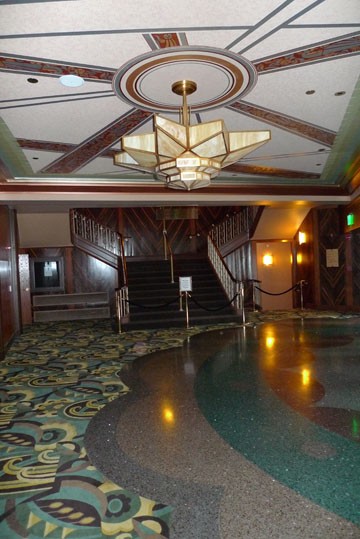 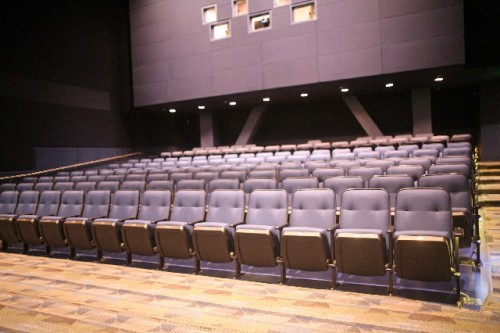 Built in 1932, the Paramount Theatre was one of Boston's premiere movie houses for several decades. Located on Washington Street next to other prominent theatres of the time, the style was a European, mostly French, Art Deco decor. Hard times and changing tastes led to it being abandoned in 1976. With the help of the City of Boston, the Paramount's marquee and facade were refurbished in 2001-2002.

In 2005 Emerson College purchased the Paramount Theatre with plans to build a new complex at the site. After five years of design and construction, last March, Emerson College completed the restoration and renovation of the main theatre as a major performance space. Added next door in a former arcade building,  is a 125 seat black box, a 200-seat film screening room, eight rehearsal studios ranging from 700 to 1,900 square feet. There are six smaller rehearsal spaces, a sound stage for film students, a new scene shop, and a dormitory for 260 students at the top of the building. All are state of the art facilities. In addition, there are beautifully appointed lobby areas, hallways enhanced with theatrical history displays and graphics, offices, classrooms and space for a student cafe.

Designed with sensitivity and thoughtfulness by Elkus Manfredi Architects, who are known professionally for their retail and commercial spaces, the Paramount Center shows an understanding of the difference between restoration and realistic enhancement. Though the original Paramount was a large Art Deco film and vaudeville venue, the architects scaled down the theatre from 1500 seats to about 600 seats maintaining a sense of the Art Deco style while surgically shrinking the older theatre's audience space to create a larger stage and orchestra pit.

This was no mean feat to keep the sense of space while changing its scale. The Paramount is a grand space, beautifully detailed underscoring its theatrical function. In the newer venue rooms, the architects embraced 21st Century styling in a more minimalist, sculptural set of visual gestures, sometimes dramatic, and at other times subtle. All of the Paramount Center's various spaces flow into each other. Even though they vary greatly in form and detail, they don't fight stylistically. Function is enhanced by form at the Paramount Center.

Once owned by Paramount Pictures, The Paramount was a performance space for many of the 20th Century's best known performers, musicians, comedians, dancers and actors. This history is honored by the environmental graphics and thematic narrative displays by Los Angeles based designers Sussman/Prezja. The firm was previously responsible for the "Look" of the 1984 Los Angeles Olympic Games and various projects for Disney.

Like great art, the Paramount Center is a combination of both historic precedent and future experimentation. The older spaces are delightfully detailed by murals, handcrafted scrolling, and geometric patterning. Sconces, seating, doorways and even the box office are charmingly enhanced Art Deco elements. In the new spaces, the design is simple while not simple-minded, contemporary without being conventional.

The mission of Emerson College is to give students the skills to compete in the highly competitive cultural environment as performers, technicians or administrators. The Paramount Center is a masterful living laboratory for this creative training. It adds to the Emerson campus and it enhances Downtown Boston. The Paramount Center adds another bright beacon to the theatre district and vitality of Downtown Boston.

The Paramount also represents a piece of urban design in its most positive sense. Over the last decade, Emerson College has made a commitment to the City of Boston to establish itself as a major presence in the once derelict Downtown section once known as the Combat Zone. Taking back this section of the city, and making it an urban campus, has revitalized a decaying and unraveling piece of the urban fabric.

The Paramount Center is the centerpiece of the Emerson Campus, not only involving the 4000 students of Emerson, but their faculty, administrators and theatre companies in residence while welcoming new and expanded audience members from the Greater Boston area. This is how a city is enlivened and made to flourish.