Next Fall At SpeakEasy Stage Company

A Gay Relationship Wrestling With Faith and Disbelief 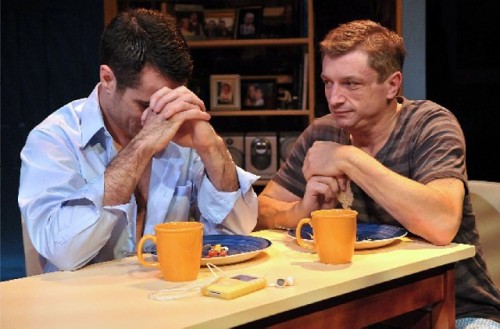 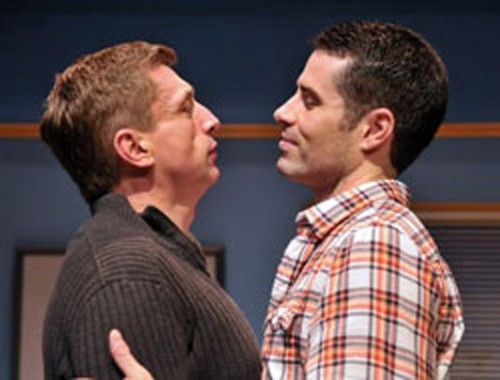 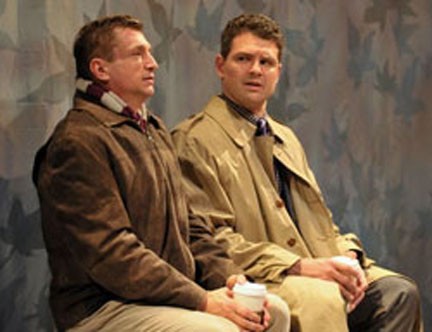 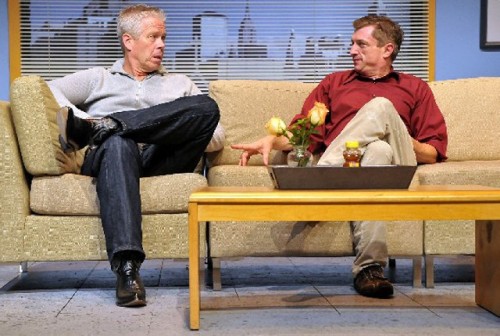 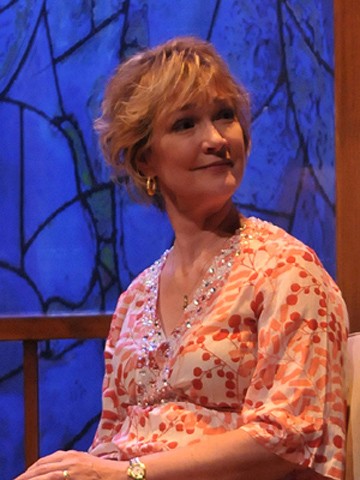 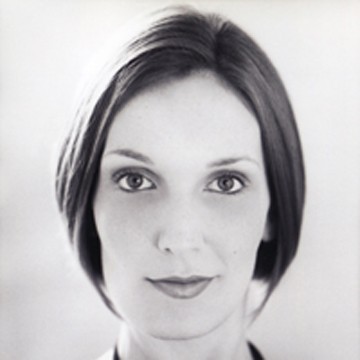 Next Fall focuses on two Gay men in a committed relationship with a twist, with one devoutly religious and the other a cynical (bitchy) atheist. Luke (Dan Roach) believes in Jesus as his savior and the Bible as true. An older Adam (Will McGarrahan) believes in everything but. The play portrays the ups and downs of this mismatched couple’s relationship with humor and unequal attempts at honesty.

Luke and Adam have been together for four years. Yet, spiritual differences continue to spark trouble in their relationship. Luke prays after they have sex. And he has not come out to his divorced Southern conservative parents either. Adam is greatly bothered by both.

However, a freak accident changes everything. Luke is critically hosapitalized. This makes us look at what it means to believe and what it might cost not to. It is a good even profound idea that never gets appropriately developed.

At times witty, clever and even funny, something sensitive, intense and serious seems to be going on in Next Fall. Unfortunately, it is not. This is a dramatic effort with little real drama.

Relationship plays of any kind are often a comedy of manners, a comedy of errors or just a variance on psychological expositions. Next Fall is an altogether other form, a drama of divinity, a discussion of dieistic destiny.

Instead, here the Christian Right is at odds with homosexuality, but one of the main characters is both fundamentalist and Gay. This seems to be a nonstarter. Next Fall illustrates various turmoils--both internalized individually and externalized reflecting this conflict, but not very well.

There are several weaknesses in the play. Though very provocotive, reconciling fundamentalist Christianity with Gay sex is an awkward major premise. Fundamentalist Christianity is not nuanced. Luke's notion that if you accept Jesus, no matter what, you will go to Heaven. Yet, in all other areas, Luke is a liberal thinker. This idea is never fully resolved by either Adam or in the storyline.

In this time of sophistication, media and theatrical referencing, another problem is that the story seems less than significant as it would have been 30 or even 20 years ago. There is something formulaic to the story and too familiar. We don't seem to learn much new or profound from this theatrical experience.

The main characters (Adam and Luke) are more sterotypes than architypes, not full personalities. Though the older Adam is downtrodden and the younger Luke is upbeat, they are both failed men, Gay or straight, struggling to find themselves individually. At the same time, they are attempting to strengthen their fragile conflicted relationship. The individual fulfillment issues should have been developed better.

A glaring problem is that Will Mcgaurrahan is at least 10 years older than the 40ish underchieving character he portrays. The set is also confusing, becoming the couple's apartment after it serves as the hospital waiting room. Is this supposed to be symbolic or just working with limited resources? Visually, various scene locations are not clear until the dialogue is actually spoken.

Also, there is an expected character missing: Luke's pastor or minister. Surely, a religious fellow like Luke would have a loyal clergyman to rally at his side in a time of crisis? Nowhere to be seen, however.

With that said, the actors are all quite fine, and the direction seemed well structured. However, the play's first act built up some expectation that the final act would bring strong denouement to the story threads. True belief in relationship to sin, fundamentalism juxtaposed with sophistication, and love in a time of disaster asked to be resolved. That didn't occur. Next Fall's second act fell flat.

Sort of like rightwing Republican candidates speaking to the Log Cabin Republicans, playwright Geoffrey Naugffts has seemed to have taken no chances. He does not want to offend anyone. Playing safe, he rendered too simplistic a highly complex message. Tolerance of others is not much to say by over two hours of theatre.

Over the years,The SpeakEasy Stage Company has developed an impressive portfolio of productions. Unfortunately, the weakness of Next Fall has let the side down. Too bad as we hoped for more.