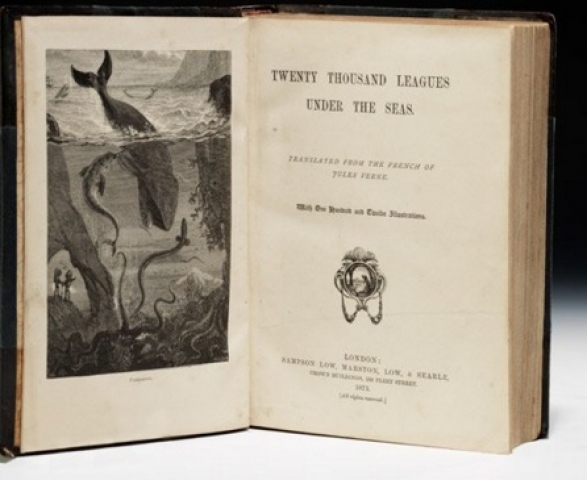 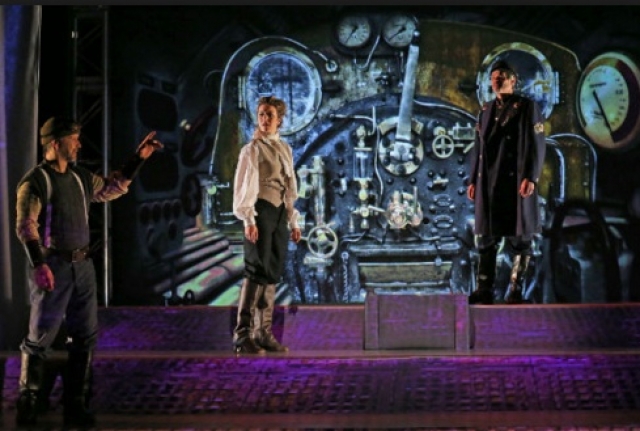 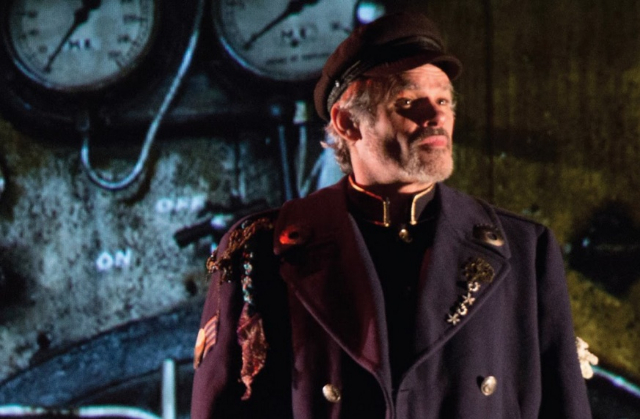 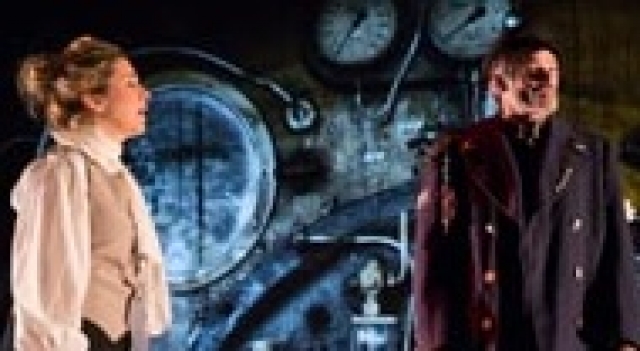 Using miniature figures, big stuffed monsters, a variety of ocean videos and imaginative lighting, Verne's classic tale comes to life in the hands of director Rick Miller.  The story of three castaways, a researcher, a red neck and a writer's exploration of the world under water is suggestively created.

All the adventure of the original book remains, and so too do the giant squid and other monsters.  Beautiful jellyfish drift across the stage. Captain Nemo is a tyrant, but a well meaning one.

This Craig Francis and Richard Miller rendition of Verne helps us understand why George Sand wrote, after reading a early draft of the book: "Soon I hope you'll take us into the ocean depths, your characters traveling in diving equipment perfected by your science and your imagination."

American submarine inventor Simon Lake credited his life-long interest in undersea exploration to reading Verne's book as a boy.  Now the castaways from the Lincoln battleship, which was destroyed by a great sea monster, include a lady academic. They are both captives and guests of Nemo and the tale gets more exciting as they struggle to both enjoy his treasured perspective and perhaps escape.

A case is made for the value of the sea.  With global warming, we may have a lot more of it.  With plastic choking its very being, we may not. Such problems did not face Verne, but the ocean's value is at the heart of this production.

For historians of technology, electricity which powers the Nautilus is generated by Bunsen cells and a Ruhmkorff coil.  Diving masks, underwater diving suits and spears all had yet to surface on planet Earth when Verne wrote.

Verne's creation of Captain Nemo was so convincing that it's easy for an audience to find Nemo's inventions remarkable. They are of course Verne's.  Thirty years after Verne's death, the first submarines were launched.   Many of their architects had been inspired by Verne.  Will today's audiences stop using plastic after seeing this production?  One hopes so!