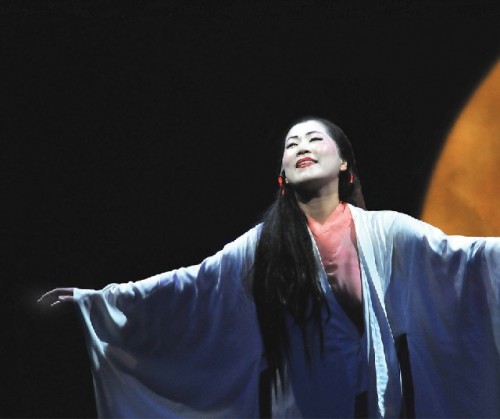 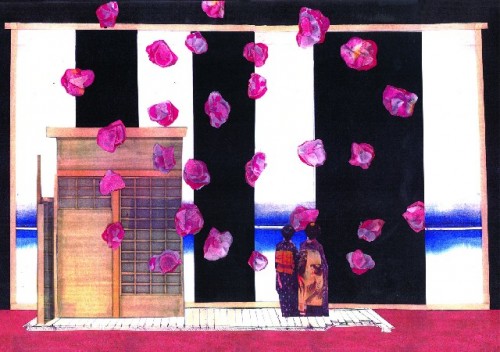 Madama Butterfly, one of Puccini’s most compelling works, fusing soaring musical lyricism with deep psychological and emotional depth, opens the 2012/13 Season on a passionate note with a brand new look at one of the most devastating love stories ever told on the opera stage. Directed by Lillian Groag (Agrippina, 2011; Idomeneo, 2010) and conducted by Andrew Bisantz (Tosca, 2010), the production stars soprano Yunah Lee in her BLO debut as Cio-Cio San, a role for which she has received widespread critical acclaim and which Opera News recently declared her “signature role.” The new BLO production features new scenery by renowned designer John Conklin that evokes a delicately beautiful traditional Japanese setting, in which the tragic tale of love destroyed by a clash of cultures unfolds. A young geisha turns her back on all she has known and experienced and recreates herself in search of a new path, an escape, and a way towards love. She destroys herself in the process. The psychology of Cio-Cio San is shown through scenes of visionary insight and moments of frozen beauty that reveal her obsessions, her delusions, her fragility, and her endless capacity for passion and love. Tenor Dinyar Vania makes his BLO debut as Lieutenant Pinkerton. Mezzo-soprano Kelley O’Connor, seen recently in Opera Boston’s Béatrice et Bénédict, makes her debut as Suzuki, while baritone Weston Hurt debuts as Sharpless.

Western artists at the turn of the last century were mesmerized by Japanese culture. Enjoy performances and readings of works by Puccini, Stravinsky, Pound, and the Belasco play that became the opera's source. Immerse yourself in the beauty, ambiguity, and sometimes disturbing complexities of the Western perception of Japanese aesthetics.

These provocative preludes to the operas in BLO's season take place at the Museum of Fine Arts, Boston and employ a variety of art forms such as film, visual arts, theater, and music in one imaginative presentation. The Signature Series is enjoyed by opera fans as well as people who are simply curious.

Add $50 for reception with BLO presenters and performers

Sung in English with projected titles

Music and libretto by Richard Wagner, after an episode in Heine’s Memoiren des von Schnabelewopski

Boston Lyric Opera (BLO) is New England’s largest opera company. Founded in 1976, BLO is recognized for its artistically excellent productions of a diverse repertoire that entertain and inspire audiences and feature emerging operatic talent. BLO produces four productions each season: three at the Citi Performing Arts CenterSM Shubert Theatre in Boston and an Opera Annex production in a found space. BLO’s programs are funded, in part, by grants from the Massachusetts Cultural Council and the National Endowment for the Arts. blo.org