Tom Paxton at the Center for the Arts Natick 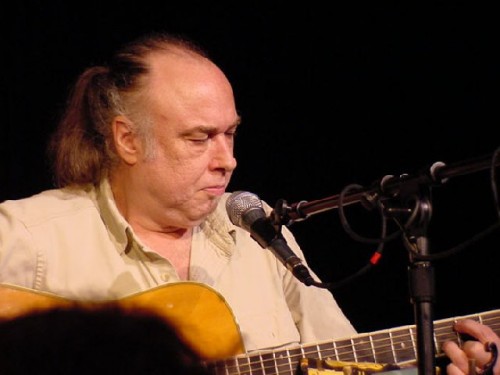 Geoff Bartley led off the evening before joining Tom as accompanist. 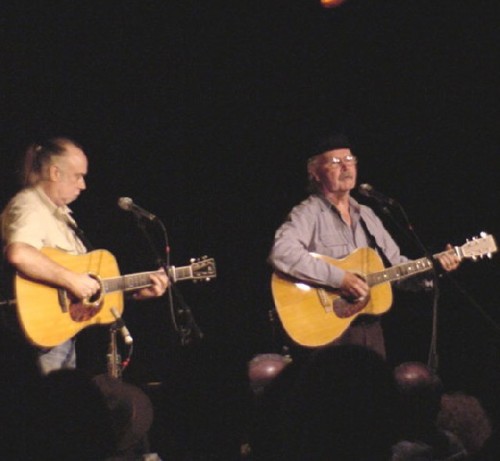 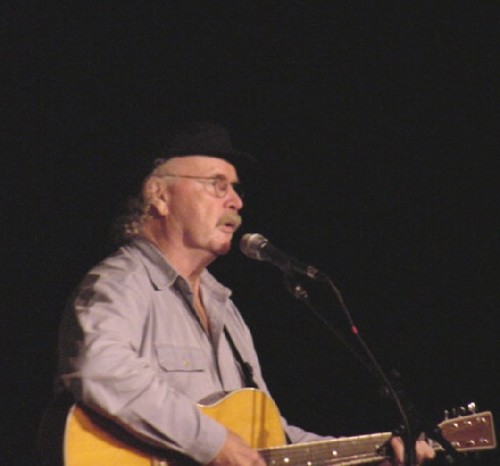 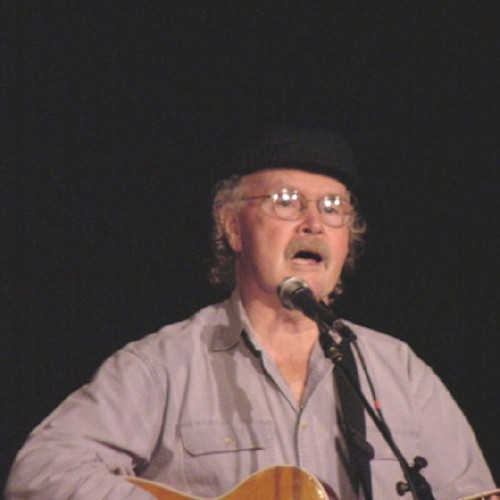 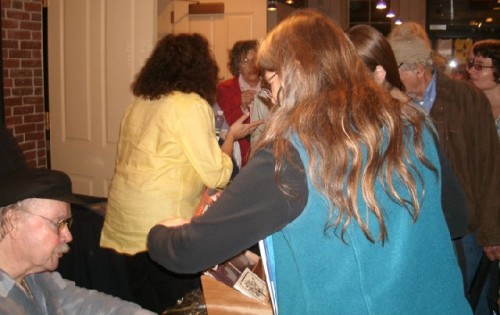 Tom Paxton, The man who built the bridges

I first heard Tom Paxton on his original LP, “I'm the Man That Built the Bridges,” recorded live at the Gaslight in Greenwich Village, circa 1962. I do not think I was the only critic to dismiss Tom as a not very significant folk performer back in the early ‘60s but I like to think that I was one of those who recognized my error quickly, swallowed my pride and thereafter exposed his talent and accomplishments with the fervor I came to believe it deserved.

You see, in many ways, what deceives us “serious” critics is at the very core of the strength of his talent. He writes songs with such easily sung lyrics to such easily sung melodies that many easily dismiss his work as trivial. Only the endurance of his songs and the fact that they pop up in so many unexpected settings sung by performers and non-performers proves they are not trivial at all.

One of his very first songs, now almost 50 years old, "The Marvelous Toy," still brings smiles of delight and recognition to folks of the various generations twixt then and now. It is hard to believe that there are many in the western world who have not heard Peter, Paul & Mary’s rendition or the Chad Mitchell Trio’s, or any of dozens of other covers if not Tom’s itself.

In a conversation I had with him many years ago he told me that his fantasy was that one day he would pull into a gas station and he would hear a mechanic, while working. humming or singing one of his songs. He hoped to write  songs that ordinary people would want to sing themselves and there is little doubt that he has succeeded there.

Fifty years of non-stop writing generates a lot of songs. There is no way to offer up more than a small portion of them in any given performance and on Friday night last, at The Center for the Arts in Natick, we were treated to near a couple dozen, some shiny and new, some chestnuts, still warm and tasty.

Before joining Tom as accompanist, local icon, Geoff Bartley, took the stage for a six-pack of his own creations. His songs tend to be richer in metaphor and lyrical allusion than do Tom’s and thus appeal more to our romantic inclinations. Performing for an audience clearly there to see Paxton, he nonetheless charmed us with his music and his patter. We applauded him enthusiastically. To perform your own songs as an opener to a legend like Tom takes a lot of confidence to pull off, as well as considerable talent. Bartley has both and as a local resident, well acknowledged for his contributions to area folkdom, he can be found performing regularly at Cantab in Cambridge and Smoken Joes Barbecue on Washington St in Brighton.

The topical songs written by Tom have always been most effective when imbued with his sense of irony and whimsy. It is an attractive fantasy to think of changing our names to Fannie Mae, that we might participate in the bailout, or to contemplate offering to sell a bridge to nowhere to a Palin supporter, as suggested in two of his opening numbers. While his message is usually clear, it is not always as easy to connect palpably to it when he forgoes the humor. There are some exceptions. There is little whimsy, but much irony in his simple and elegant lament of a person in our environmentally damaged future singing “Whose garden was this,” the first of the Paxton classics he rendered Friday night. A slew of others followed, including “Bottle of Wine,” “Marvelous Toy”, “Rambling Boy” and “Last Thing On My Mind.”

Near 50 years of on-stage experience has to knock off a lot of rough edges and fashion a smooth and polished performance. It is Tom’s persona however which is the keystone that holds it all together and provides authenticity.

Only the exalted Pete Seeger also manages with so little effort to suborn audiences to sing along without invitation and so thoroughly endorses its occurrence. I noted whole sections of the audience joining in not only on the choruses but verses as well. They clearly were familiar with and fond of a large number of his songs. Considering what I reported above as his fantasy, little doubt remains that it has been achieved.

I am sure that every member of the audience who came to the party had songs they hoped he might sing but did not make the cut. I have always thought that “Mr. Blue” was one of his best and topically more pertinent today than ever before. I hope he dusts it off and brings it back.

But attendees, myself included, got a great deal of that which we came for and the crowded lobby and long line of fans and well-wishers after the concert gave solid testimony to that fact.