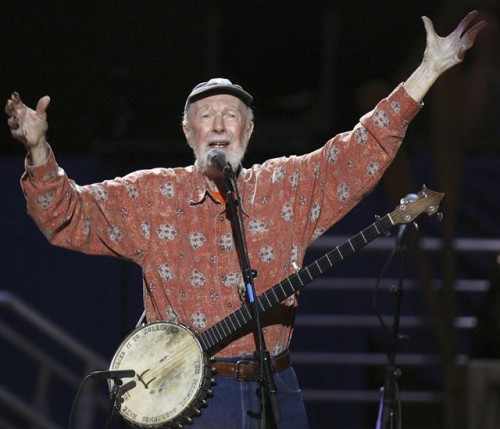 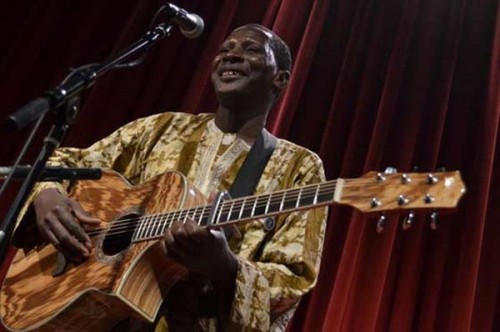 Sidi Toure with his guitar. Note the finish... 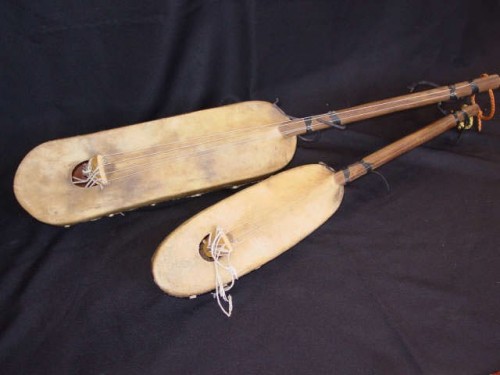 Two kinds of Ngoni, the antecedents of the banjo. 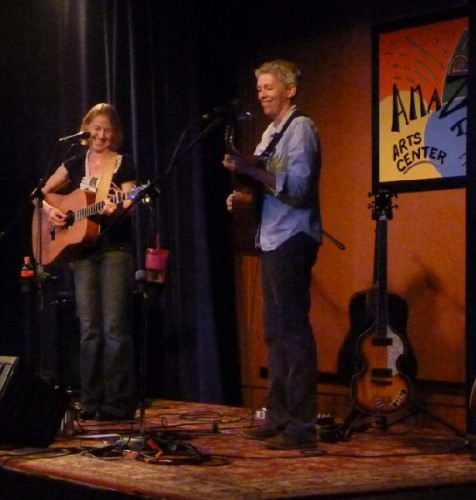 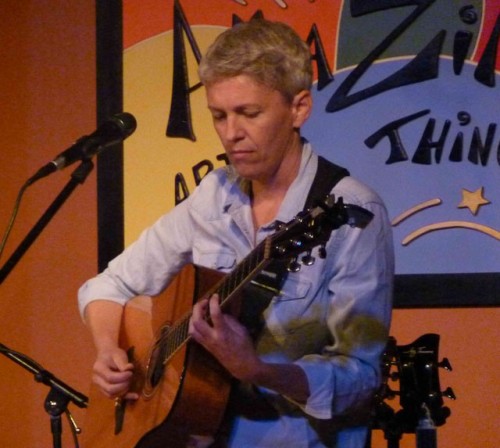 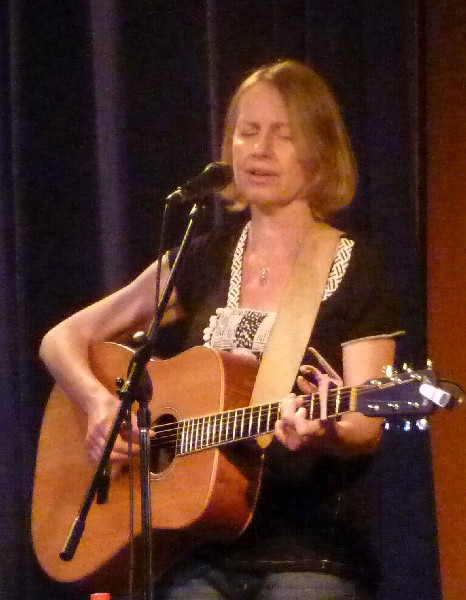 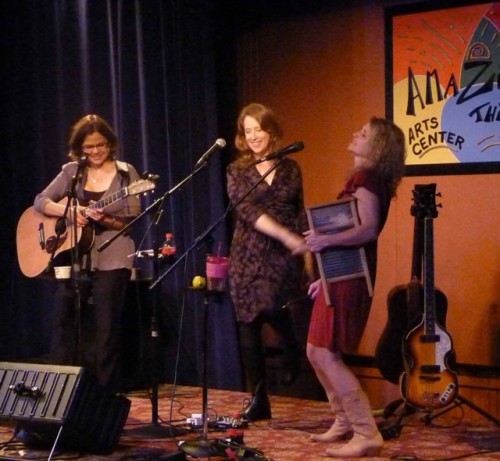 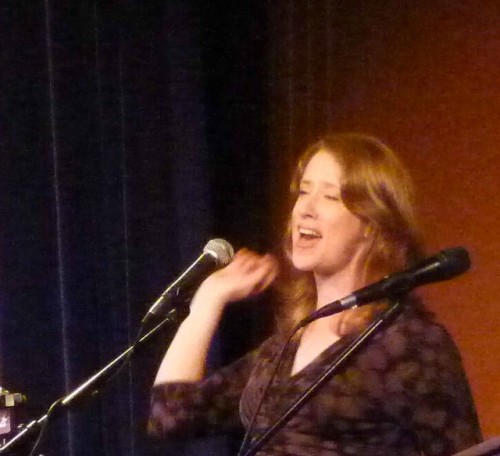 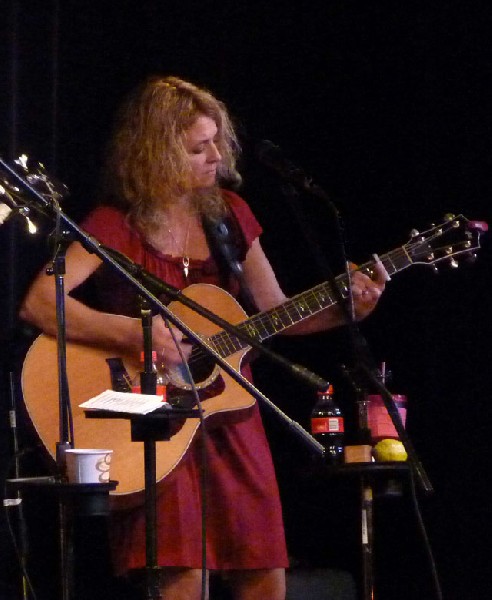 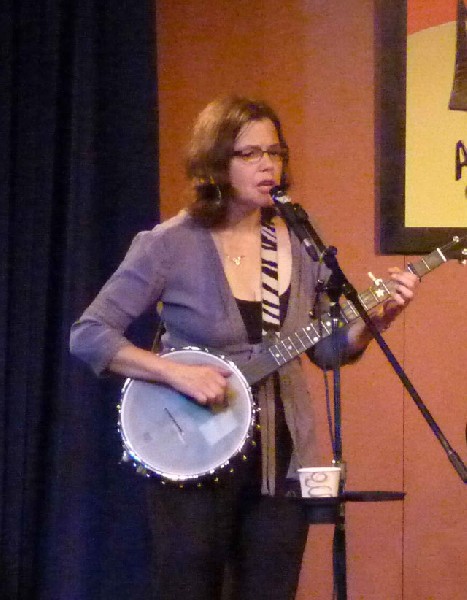 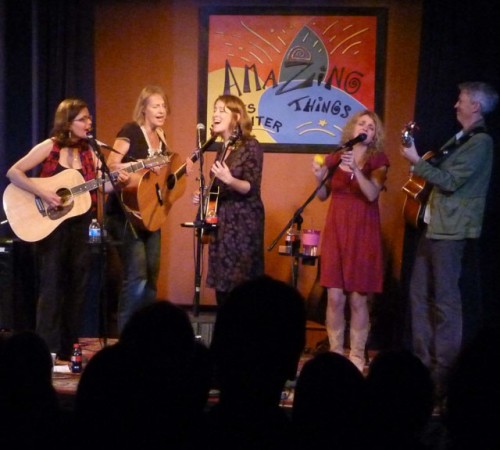 A friend of mine once noted, “You can always tell who in an audience was at a Pete Seeger concert for the first time.”

“Sure,” she said. “They are the ones who look annoyed when other audience members start to sing along with Pete.”

She had pegged it right, of course. We did not go to a Pete Seeger concert to listen so much as to participate. And that was not only true of Seeger performances, but also of many others in those early days of the mid-century folk revival. In good part, that was because most of the earlier folksingers were used to using songs to rally their audiences to one social cause or another.

While the advent of the singer/songwriters considerably diminished that aspect, nonetheless, singing along at a folk concert is much more common than with any other genre.

I reflected upon that this week because I attended two different concerts at which I, along with the rest of the audience, was invited to sing along and I was struck with how unused to the invitation I had become and how weak my participatory skills had become. I have done so little singing in the last few decades, I have no faith in my ability to carry a tune.

I wonder if there is a snark that would help me to practice and regain that confidence. I would welcome any information you might come across. (Ooops, after a quick google, let me modify that request  to include “inexpensive.”)

But, getting back to my report, let me tell you first about this rare and much anticipated concert.

I had recently reviewed the recorded performance of another Mali singer, Habib Koité who was of a special class of Mali musicians designated as griot.

Griot is an inherited social and cultural designation and I found out that Sidi was not of that group though he shares much of the music and songwriting style of griots without the traditional cultural prestige or responsibilities that being a griot carries.

He appeared resplendent in white robe, bearing a guitar with an amazing finish. (See the accompanying pics.) With him was a younger man in less formal native pants and tunic bearing a primitive looking instrument I later found out was called an ngoni. It looked to me to be much like a dried elongated gourd with a sawed off broomstick for a neck. The ngoni is considered by many authorities of primitive instruments to be one of the earliest ancestors of the banjo. I experienced its tone and timbre to be much like a banjo although I also discerned what I thought might be high pitched sarod-like riffs and runs.

While Sidi was the artist we had all come to see, Abdoulaye Kané to my mind stole the show with his brilliant improvisations on an instrument which to myself and most of the audience as well seemed far too simple to generate the amazing music we heard. His extended solos inspired long and enthusiastic applause more than once.

Touré’s introductions in halting English and his deliveries in African dialect and occasionally in colonial French made it difficult for me to evaluate the poetry of his songs which I was later told commented on the values of ecological responsibilities, the values of education, friendship and love. His voice was strong and distinctive with a fairly hard edge, varying in volume though within a narrow range.

Once or twice we were invited to participate with simple refrain in French.

It seemed to me upon reflection that Sidi was acting much like a mentor and introducing us to his musical protégé. However, that is pure speculation on my part.

The result was at the end very satisfying and we left the theatre richer in experience than we entered, and many, including myself, grateful to Eagle Hill for that experience.

Here is a video of Sidi performing – Mon Pays

One of my musical weaknesses is a penchant for multipart harmonies and I do have a slight preference for the female kind. Having discovered via a few video clips of said Lillies earlier this Spring, having requested and received review copies of their first two releases, (reviews scheduled sometime this month) I was elated to find the opportunity to hear them live and made arrangements to attend their Framingham appearance. At the end of the evening I left more appreciative of their skills as musicians and performers than before.

Beggars Ride, a Maryland duo opened the program. Comprised of Claudia SanSoucie and Kate Maguire, the pair display visual disparity and sonic synchronicity. Claudia offers a warm, open façade while Kate’s presentation is starkly androgynous. That starkness disappears quite rapidly when in amusement or delight she smiles and the space for yards about her brightens up.
Other reviewers writing about these award winning songwriters have commented on the melancholy mood of their lyrics which in truth I did not find melancholy at all. I judged them more contemplative. Witness the refrain from their “Five Days Of Rain”

As sure as the day comes
that you’re leaving, you’ll return
As sure as these days drag on
the years will fly by when you’re home

In performance the interactions between them are subtle and in many ways private not quite allowing us in.

They finished their opening set with a breathtaking rendering of David Olney’s dramatic “Women Across The River.”

Katie Clarke, Jenny Goodspeed and Stephanie Marshall are collectively The Boxcar Lillies. All sing, all play acoustic guitar, (albeit w/electric pickups), Katie doubles on banjo, Jenny on electric guitar and Stephanie on washboard. From the moment they stepped on stage and delivered an acapella opening tune that maximized their three part harmony they set the stage for what was to come.

Visually it would be hard to imagine any description that would portray thm as a unit. Katie is, except when belting out a tune, more retiring, Jenny is elegant, self possessed and articulate, Stephanie is rambunctious, seldom still and delightfully brassy. All different and all equally loveable. They are that because, their bonhomie (can I say that about women?) warms our hearts and their banter and quips, delight themselves as well as us and while it is hard to believe that the patter is not well rehearsed, it comes across as unplanned and impromptu.

As is to be expected of a group made entirely of former solo performers, they are competent instrumentalists and the synthesis of instrumental and vocal phrasing is fine tuned and a delight to listen to.

Although none of them are originally from Franklin County where they now reside, they do proudly proclaim that their arrival in the Berkshires was accompanied by a sense of coming home, and they have written more than one anthem to give that claim credibility.

Completing their first set they did not retire to the green room but strolled  the area between the seats and the stage, meeting and greeting with the audience and establishing a bond with them that exceeds that of any other act I have witnessed in several decades.

When they remounted the stage, Beggars Ride joined them and Amazing Things' Director, Phil Knudsen’s introduction of the combination as a supergroup was not far wide of the mark.

With great energy and a shared passion they launched into a trio of Neil Young songs, a writer for whom both acts seem to have a singular attachment.

At the end, after being called back for an encore with a standing ovation, they simply set their instruments down and once again mingled and offered warm farewells to those members of the audience open to receiving them. I had a wonderful time as did my wife who accompanied me.

Two notes to conclude my commentary; Beggar’s Ride will be making another local appearance at the Lizard Lounge in Cambridge as part of the worldwide Harmony For Humanity concerts on Thursday night, October 10th.
A review of The Boxcar Lillie’s first two cd’s will be included in my 2nd annual Harmonizing Ladies column a bit later this month. Watch for it.