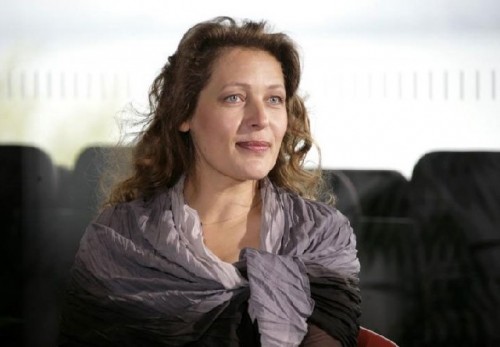 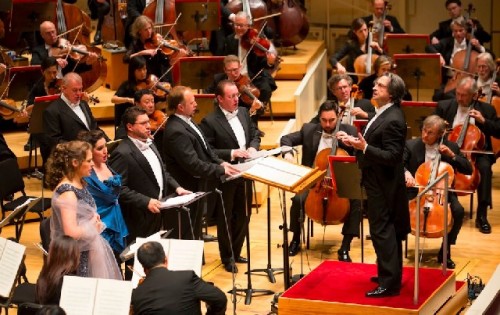 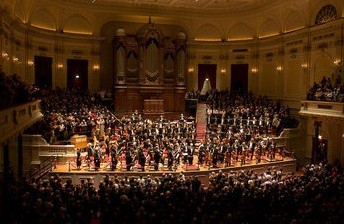 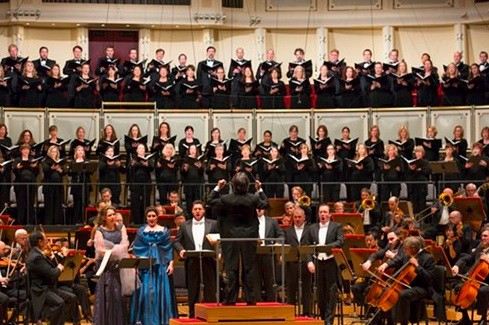 A huge chorus sounding as one

Riccardo Muti does not take short cuts.  He worked with Anton Antonenko to prepare the title role in Otello for a month in his home in Ravenna.  He has collaborated with Tatiana Serjan on her Lady Macbeth in Salzburg, Rome and now Chicago.

What happens when this collaboration appears on stage?  The world’s leading conductor of Verdi and the surely the world’s premier Lady Macbeth create unrivalled vocal expression, with every dramatic nuance is embedded in every phrase.  Serjan clearly has the full feeling for this music that Muti does, but she continues to surprise as she etches her role, pulling out all the stops as she ascends to her sleep walking scene. Her Lady Macbeth is as unforgettable as every moment of Muti magic.

It is clear that Muti’s own bravery in hurling himself body and soul at the music, while attending all the small details in his Atlas-like grasp, is conveyed to everyone who is making music with him.  Luca Salsi’s Macbeth started tentatively but firmed up as the story moved forward.  Muti gave space to Salsi to go from the most pianissimo of pianissimos, which the audience leans in to hear, to grand fortes.   The hurling only makes the silences that surround breaks all the more startling.   They startle an audience into careful and completely satisfying listening.

Many of the woodwinds have small solos, and the piccolo, oboe, flute and clarinet all sang with unusual clarity as they took their place in Verdi’s universe.

The Chicago Symphony Chorus sings as one.  As the three witches, their introduction in the opera, they were ominous but also playful, a tone of Shakespeare's that is often overlooked.

For Macbeth, Muti insisted, as Verdi himself did, that the singers understand every word they shaped around their notes.  The feeling of a phrase comes from the depths of the singers’ hearts and minds.

Speaking at the end of the program, Muti noted that Verdi lives on, fresh as today, because he was in touch with the human soul.   If this sounds inflated, it is not: Muti brings his musicianship and passion to every note he conducts from the symphony, the chorus and individual performers.  No doubt his Macbeth will receive the same kudos in year-end awards that his Otello did.  And he teased with the prospect of a future Falstaff.

Muti is of course in Chicago and Italy and Salzburg.  But the young Andris Nelsons appearing in Boston on October 17-19 to celebrate his appointment as Music Director of the BSO holds similar promise.  Like Muti, he is a micromanager.  But that word has a damning tint.

What Nelsons does, like Muti, is to thoroughly grasp the music, to work with his orchestra, choruses and singers to bring forth music’s essential truths and engage or 'feed'  the soul, as he is fond of saying.  James Conlon of LA and Chicago’s Ravinia deserves to be in this charmed circle.  So right now, Chicago, LA and Boston have it all.  The mighty Muti Macbeth is transforming.