A Tea Party for Pittsfield 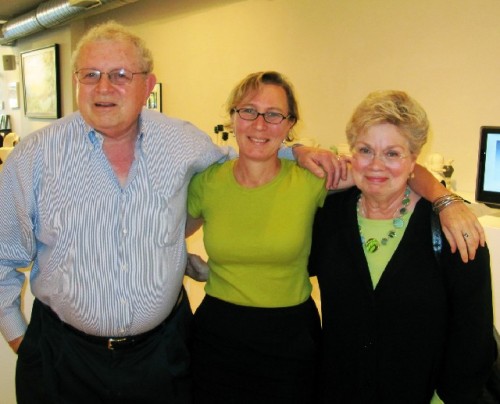 Leslie Ferrin hosted a reception for Sonny and Gloria Kamm. 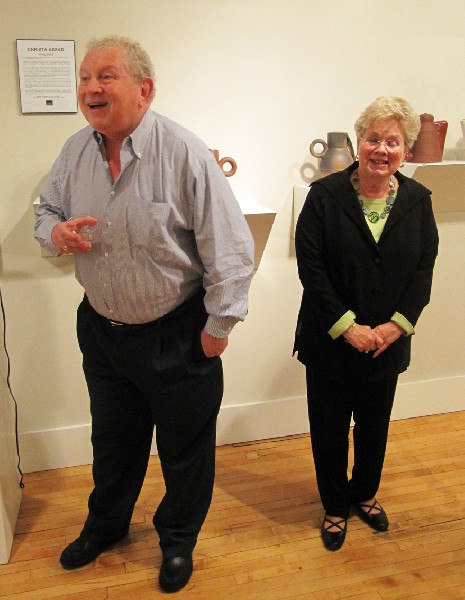 The Kamms discussed their collection. 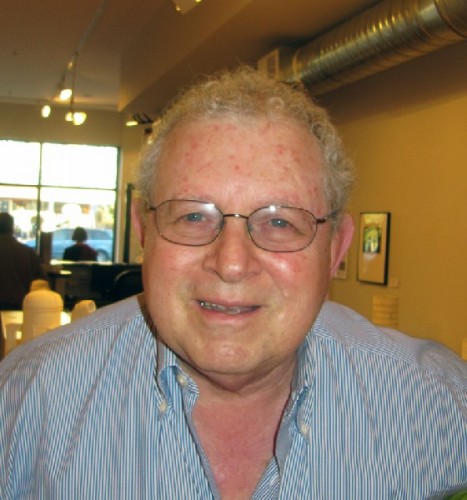 This is their third trip to the Berkshires. 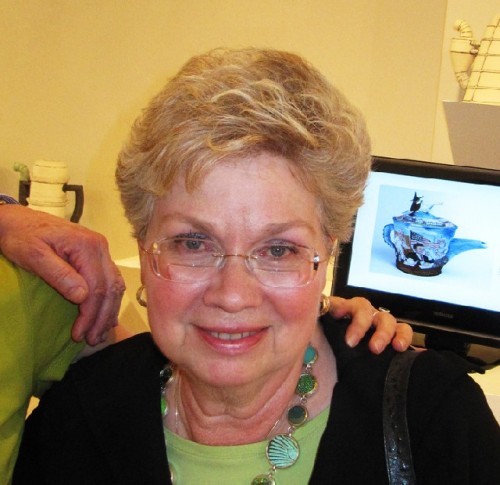 Most recently they attended the graduation of their grandson from Williams College.

After a day of meetings with Stuart Chase, the director of the Berkshire Museum in Pittsfield, there was a tea party, minus the tea, at the gallery of Leslie Ferrin. The occasion allowed the arts community to meet the Los Angeles based collectors Sonny and Gloria Kamm.

It was their third visit to the Berkshires. Most recently they came for the graduation of their grandson from Williams College.

Currently, they are touring the country looking for a partnership with a museum to find a permanent home for some 10,000 tea pots collected over the past 30 years.

A number of their acquisitions were made through Leslie Ferrin, an authority on ceramics, who has published a book on tea pots.

For such an occasion one would expect tea. Not really. Wine and snacks were served.

We asked the engaging and enthusiastic couple for their favorite tea. “I like coffee” Sonny answered humorously. “It takes too much trouble to make. Gloria likes tea.”

Recently Chase, over lunch, told me of ongoing negotiations with the couple to bring the collection to Pittsfield. The plan, if it goes through, would entail acquiring an abandoned church property in the heart of Pittsfield. It includes a church, rectory, and large parking lot.

In addition to housing and storing the 10,000 object collection there would be other possibilities. There would be space to house visiting artists as well as additional special exhibition and storage  for the museum. The collection would be a global destination and loans and exhibitions would be circulated from the museum.

The Berkshire Museum appears to be a finalist in the search. When asked, the Kamms mentioned the Fuller Craft Museum in Brockton as well as museums in the South. The attraction of Pittsfield is that it is in the center of a region with tourism for its renowned cultural resources. While Brockton is isolated from Boston, as Gloria stated, “They would build our museum on their site. It is a beautiful museum and property.”

Apparently the possibility of a museum closer to home, in their native California, was ruled out as Gloria commented "Because of earth quakes."

The collection is currently in storage in North Carolina where a deal fell through. The collection has toured to a number of American and Canadian museums where it proved to be very successful in drawing large attendance. Individual pieces have been loaned for special exhibitions by many museums. That policy would continue once a permanent museum and programming are established.

When pressed on the odds that the Berkshire Museum will prevail they responded with guarded optimism. “It’s a matter of money” Gloria said. “If, in the meantime, the church property is sold we can’t come here.”

We discussed other vast warehouse spaces in the Berkshires that are available. Mass MoCA is an obvious example. “They aren’t interested in us” Gloria remarked. “Besides they want to rent their space” Sonny added.

Just how did they become so passionately involved in such specialized items? “We think of them as small sculptures” Sonny said. In a presentation to assembled guests they stated that mankind has been preparing brews for thousands of years. But the fashioning of tea pots happened only over the past few centuries.

When asked about the oldest object in the collection Sonny stated “We have a tea pot from the 1600s. That’s about when they started to be made. Examples that old are extremely rare and valuable.”

In addition to ceramics, do they collect tea pots in silver and other materials? While the majority of works in the collection are ceramic they also collect contemporary silver. “We have examples in paper and turned wood, all kinds of materials” she said. “One is made of nipples from baby bottles. It has multiple spouts.”

Some of their acquisitions have been commissions. “We have asked artists to make pots for us” Sonny said. “Sometimes they are reluctant. The more they protest the more we want the pot.”

In addition to tea pots they also acquire “ephemera” such as posters and vintage advertising. “We don’t go after things like tea cozies and tea spoons” Sonny said. Gloria added “But they have a way of finding us.”

A particular attraction of the collection is that it tells such a broad and humanistic story. It cuts across the globe and unites us. Everyone can relate to the therapeutic impact of a nice cup of tea.

Unless you favor coffee. But that’s another story.

Saying goodbye to the charming Kamms I said “Y’all come back yah heah.” Gloria just gave a knowing smile and responded “We’ve heard that before.”