A Spellbinding Performance of Tchaikovsky 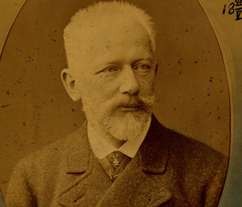 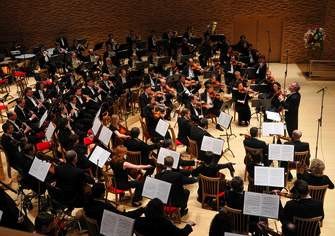 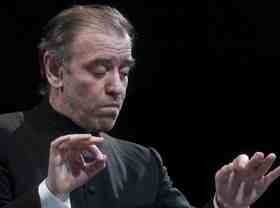 The conductor at work

Carnegie Hall opens its fall season with performances by the Mariinsky Orchestra from St. Petersburg, Russia.

In the second program devoted to Tchaikovsky’s Symphonies, Valery Gergiev conducted the Mariinsky in No. 2 and No. 5.  In terms of sheer, thrilling unpredictability, a Gergiev concert is like ‘sitting in the sit of a racing car rounding a hairpin bend and then holding the road again.’  The resulting rush is experienced by the audience and the musicians.

Gergiev has a strong sense of Russia’s bottomless soul.  He works hard to achieve the sound he wants in a particular phrase like the horn solo that opens the Second Symphony.  After the palette is established, the performance is apparently improvised.  A bassoonist has said,  “the most frightening thing of all is to be trusted to get it right in performance.  He (Gergiev) expects us to rise to the challenge.  That is how he gets the best out of us.“  “I am a musician,” Gergiev notes, “as the orchestra is too. We are equals, but I am at the center.”

Little Russia, the common name of the Second Symphony, is a part of Russia tucked into Drieper and Donetsk.  Dr. Rev. Francis E. Clark, on a missionary tour in Russia in the early 19th century, describes the people of Little Russia as better looking, more industrious, more courageous and more polite than the Russians.  What Tchaikovsky found in them was wonderful folk music.  Down the Mother Volga is the first subject of the Allegro movement and is associated with the Cossack rebel Stenka Razin, whose head was cut off in Red Square.  The second movement has a brisk march, and the Finale quotes The Crane, a folksong full of vitality and racy humor.

After the horn solo opens and is repeated, the first subject bustles in the strings, then a second a gentle oboe melody is followed by a concise string tune.  In the conductor’s fluttery hands, a charming seven-note figure erupts here and there.  And so it marvelously goes with the Mariinsky.

In the slow movement Gergiev shows us phrase lengths constantly altered, fleeting melodic fragments decorating texture and sometimes even dislocating the momentum.  He often flicks his forelock from his forehead.  Tchaikovsky wanted to conform to Western standards of musical organization.  Gergiev’s exciting unpredictability in no way interferes with the composer's coherence.  You could actually see the quaver pulsing of the central trio in Gergiev’s hands.  A self-appropriated wedding march provides another theme.  A charming invention trips over timpani taps.

Tipsy rhythm, a bizarre journey, twisting around and boisterous as Gergiev immerses himself, beads of sweat dappling his brow.  Heady, exciting, roiling and then a single mighty stroke on the tam-tam, a moment of silence and the symphony is brought to an unrestrained conclusion.

Symphony No. 5 is more subdued at the start, and works from a dark restraint to triumphal joy.  The classic second movement is colorfully orchestrated.  Gergiev waltzed in the third movement, perhaps forecasting his encore. This striking performance rose from its first dark overtones with Gergiev’s finger flutter gesture ever present, as though he was performing vibrato on a string, sounding the note.  He holds the music in his hands.  His body articulates its beat.

As an encore, Gergiev and the orchestra performed the introduction to Sleeping Beauty, which premiered at the Mariinsky Theater. Featured here is the good lilac fairy.  Gergiev delightfully comes down on the side of good.  To hear him perform with his Mariinsky Orchestra in Carnegie Hall is an overwhelming experience.