A Bang Up 200th Birthday Celebration 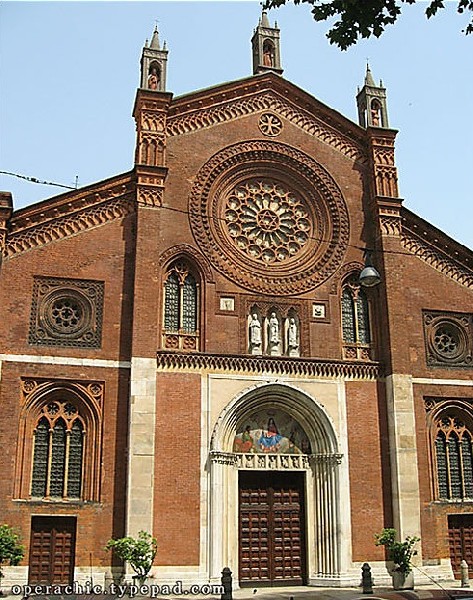 San Marco, Milan. The Site of the First Performance of the Requiem. Verdi chose this location because the acoustics were superb. 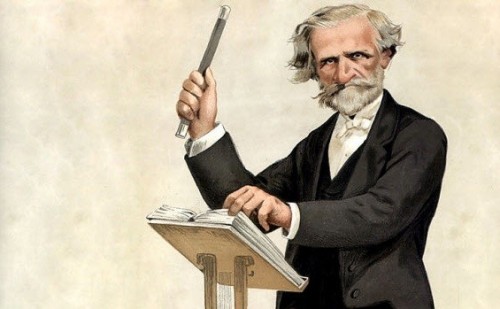 Verdi conducted the first performance of the Requiem. 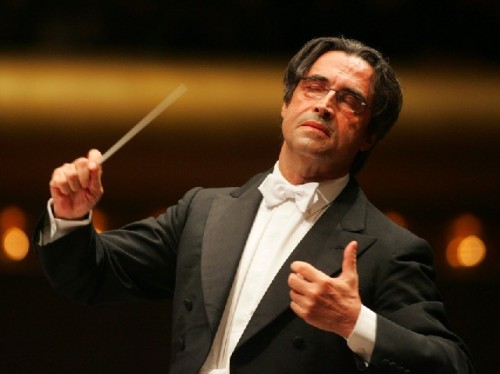 Muti believes in the transformative power of music. That music only speaks good. That music cannot speak evil. That music addresses all the complexities of the human soul.

In his pre-concert talk, the Maestro explained why the Requiem was a perfect way to celebrate a birthday.  It is after all about life and living.  The wrenching glories of life are on full display.

The masterful CSO responds to Muti not at all like putty in his hands.  They are making music with him, the most important activity they can think of undertaking.  Charming piccolo solos and surprising beats from the slim Cynthia Yeh on the drums, Richard Chen the concert master whispering and digging deep into his instrument.  The name of every orchestra member is displayed at the concert’s end, a tribute to the Muti resorgimento.

Even if you are not familiar with this Requiem, you appreciate all of its details polished like marble by the Maestro.  But they are not cold like stone, but rather warm, and often hot, in Muti’s hands.  The Requiem thrills.

Since a member of the concert committee in Milan wrote about the Libera Me, “You have written the most beautiful, the greatest, the most colossally poetic page that can be imagined, and Brahms followed up, “Only a genius could write such a work,” the Requiem has been performed as a celebration of life.

While the piece had started as a tribute to Giacomo Rosssini, when his celebration was cancelled, Verdi tucked the score away.  Verdi’s publisher kept begging for performance rights, but the composer replied the piece had no meaning without a Rossini commemoration.

Allesandro Manzoni was a famous 19th century author, who like Cervantes, gained fame by the publication of one book: I Promessi Sposi.  Verdi started to read his poetry at 16, and immediately composed an Ode.  Verdi wrote of Manzoni, “his was not only the great book of our epoch, but one of the greatest to emerge from the human brain.  It is…a consolation for humanity.”   The newly minted Requiem was dedicated to him.

Verdi chose the San Marco Church in Milan for its first performance, probably because its acoustics were wonderful.  Verdi was anticlerical and an agnostic throughout his life, but clearly his music is one path to a God.

He had studied the requiems of Cherubini, Berlioz and Mozart in Paris.  No one had used soloists as an integral part of their compositions.  Mozart wrote for four, but made scant use of them.

The soloists take on new importance and in this performance they were to a one magnificent.  Muti takes such care in the blending of the voices.  Ildar Abdrazakov had smoothness to his bass role, sometimes singing from the head and sometimes the chest in a softly yearning quality.

Mario Zefferi, a tenor termed bel canto, pierced through the orchestra with every note he delivered.  Singing through the mask, with a ping that contrasted with his partners on stage, his tone was perfectly beautiful.  Verid’s own choice for this role was a tenor who had a beautiful voice, but was notably stupid. Zefferi in no ‘pumpkinhead.’  With each entrance and particularly in the consummate Ingemisco, he shone.

Verdi picked contralto Maria Waldman for the role between soprano and tenor.  Daniela Barcellona had that wonderful, rich chest voice often associated with contraltos.  She was billed as a mezzo, and perhaps this is her range: she had some trouble in the lower and upper registers, but in this most demanding of the solo roles, was magnificent.

The renown of the Chicago Symphony Chorus is so well deserved.  Everyone watching around the world could enjoy a fascinating precision.  The Orchestra collaborates with the Maestro in superb music making.

When Verdi conducted the Requiem, he welcomed applause between numbers which gave him an opportunity to have encores of the Recordare, Hostias and Agnus Dei.  No such luck in Chicago.  We will have to be content with encore listening to this performance over and over again at cso.org.