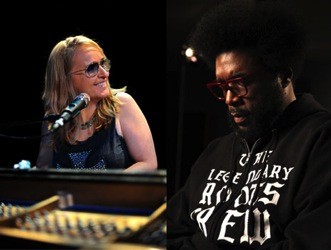 Directed by Susan Wittenberg and Carol Stein of Ace Pictures, HITMAKERS explores the changing face of the record industry — the first commercial medium to be profoundly disrupted by the Internet. It follows contemporary artists who challenge the long-established paradigm, taking control of their careers and sometimes recording and releasing music outside the traditional system. Entertaining and thoughtful, HITMAKERS looks deep into the evolving nature and definition of a “hit” record in a fragmented music industry.

HITMAKERS tracks the progression of the music business from gramophones to laptops, record sales to Spotify. It chronicles the increasing importance of touring, concerts and social media, and the evolution of how artists are paid for their work. HITMAKERS is highlighted by performances from Ed Sheeran and Bruno Mars, as well as insights from music industry veterans, including Craig Kallman, chairman and CEO of Atlantic Records; Seymour Stein, founder of Sire Records and vice president of Warner Bros. Records, who signed 1970s and 80s iconic music makers, including Madonna, Talking Heads and Ramones; Richard Gottehrer, a producer and co-founder of independent music and video distribution company The Orchard; and Bill Werde, former editorial director of Billboard magazine, among others.

“HITMAKERS is an upbeat, thought-provoking hour with plenty of music and history. It is an engaging and compelling on-key documentary that gives us a behind-the-scenes look at the influencers in a changing industry,” said PBS Vice President of Programming and festival curator, Donald Thoms. “The viewer is taken on a musical journey that zips us along from sheet music to YouTube, from gramophones to Spotify — all in the name of identifying that hard-to-pinpoint moment when a song becomes a hit.”

HITMAKERS is produced by Ace Pictures, Inc., which specializes in films about the arts. The company’s credits include “Nashville 2.0: The Rise of Americana,” a special featuring the vibrant musical landscape of Nashville; “Women Who Rock,” a performance documentary celebrating female musicians, from early groundbreakers to contemporary powerhouses; “Pollock,” a film about the life of artist Jackson Pollock; “Midori and Friends”; and “The Tiger Lillies Live in Concert in NY.” Ace Pictures’ films have been seen on PBS, Ovation TV, A&E and around the world.

National funding for the PBS Arts Fall Festival is provided by a generous grant from Anne Ray Charitable Trust.