The Good Lovelies Concert in Hardwick 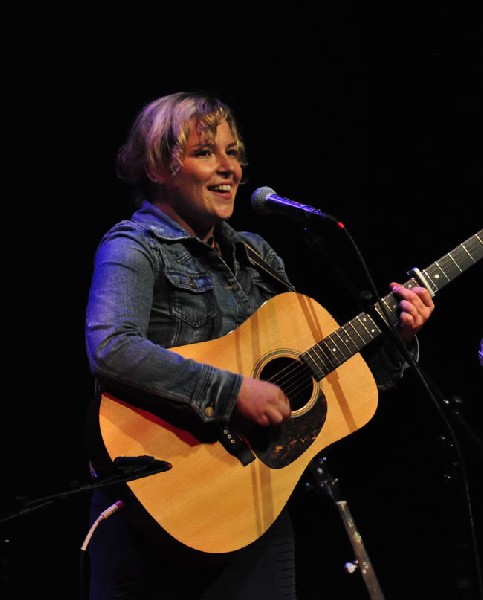 In Synch and Connected - photo courtesy of Bob Klem 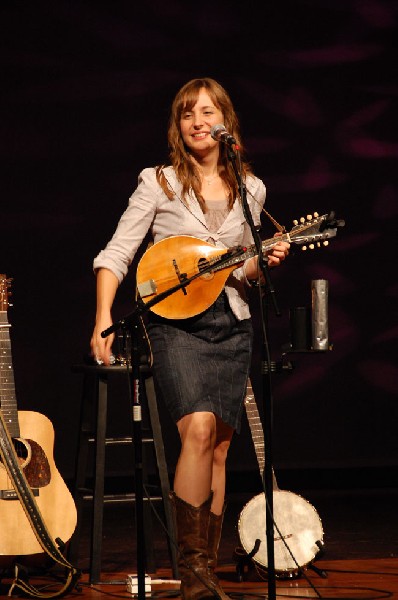 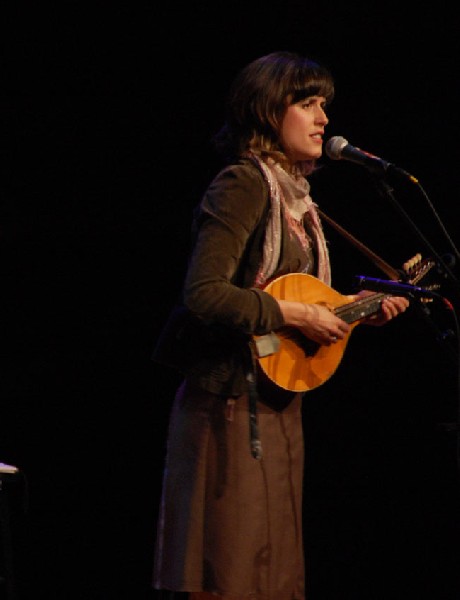 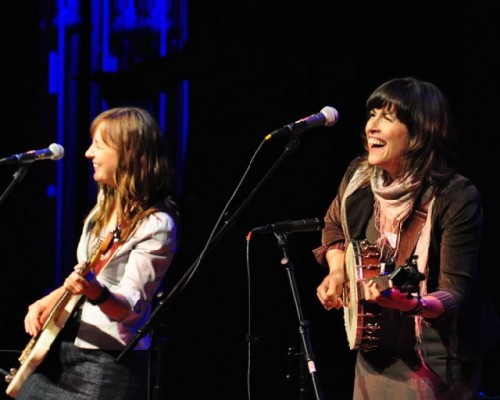 ...and the switch has been thrown - photo courtesy of Bob Klem 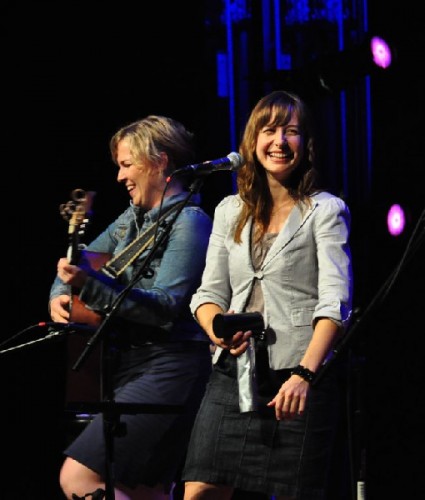 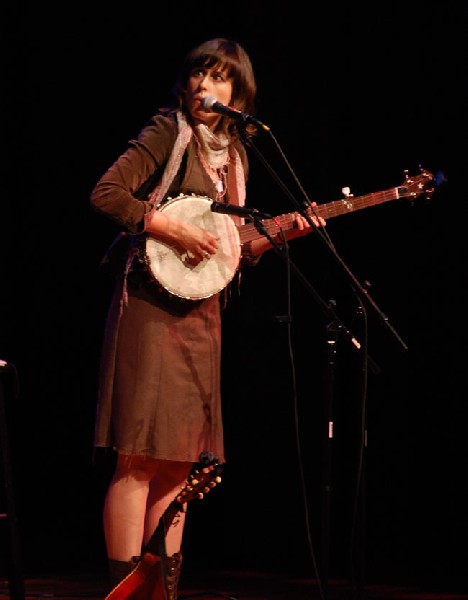 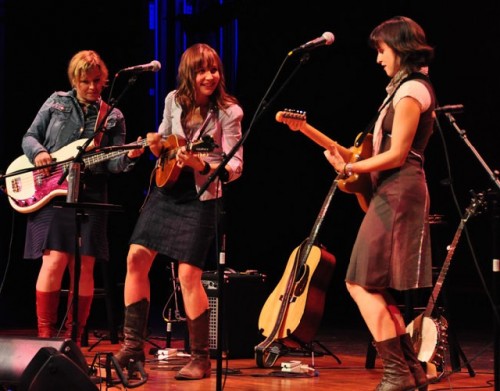 Sometimes, The Right Act Meets The Right Audience And It's Love At First Song...

Groups that spend as much time on the road as do The Good Lovelies, traveling from venue to venue, locale to locale, one night after the next, become inured to culture lag and culture shock. Even so, the transition from Thursday night’s gig at Johnny D’s in Somerville to the Cultural Center stage at Eagle Hill in Hardwick certainly took some adjusting.

As it turned out, the Hardwick audience beat the good Lovelies to the meeting point and by the middle of “Kiss Me In The Kitchen” which kicked off the show, all over the hall, heads were bobbing , toes were tapping and smiles were rampant. Even though the applause was vigorous for the first number, it was not until the middle of the second song, “I Want”, that recognition dawned on the Lovelies. The stage smile on the face of Kerri Ough burgeoned into  a broad grin with the awareness that they were connected  and the audience was in synch with them.

That’s when they threw the switch.

I have no idea what that switch is attached to, and I don’t have a clue about what changes, but when it is in the on position, things are just different.

It is more than the fact that the Lovelies all have good voices and all sing quite close to pitch and stay on the beat and harmonize beautifully. They are proficient on their instruments which they continually swap amongst themselves between songs, all the while maintaining their patter.  They avoid flash in favor of good solid instrumental phrasing. Those are all good things, but only a platform for the magic that happened here.

Whether it be pheromones, mind-melds or pixie dust, some kind of charm settled over them and their audience. Performers and audience begin exchanging energy and collaborated to create an event, heady stuff indeed.

During intermission the ladies, joined the audience in the lobby, chatting, greeting, autographing and then returned to the stage with, if anything, still more energy and performed for another 45 or so minutes.

The program consisted mostly of the material on their new CD, Let The Rain Fall, but interspersed with a few from earlier releases and a couple that have yet to find their way to disc. Two of particular note were “Heebee Jeebee Blues” as originated circa 1932 by the Boswell Sisters and Leonard Cohen’s “Hallelujah.” Though the latter is thought by many to be too oft performed it is seldom done with as simple and unpretentious charm as by these ladies.

While standing O’s have become commonplace, the two that bracketed their encores seemed far more spontaneous and more enthusiastic than usual and most of the audience was clearly reluctant to let them go.

Standing beside Center director, Sean Hunley, at one of the hall exits, I was taken with how many attendees paused to thank and congratulate him on his having found and booked the Good Lovelies.

The management of Picasso, Barre’s premier bistro had offered their space as an after concert party spot with some free munchies and the place was buzzing with chatter, but paused to offer up wild applause when the Lovelies made their entrance.  I left with regret around midnight though the party was still in full swing.

As it may be a while before the Good Lovelies return to this area, a superb 60 minute video of their performance last week at the Kennedy Center in Washington is available for all to view. It offers a good idea of the music, beauty and proficiency of the ladies we all witnessed, though IMHO it falls far short of Friday night’s magic.