A Presidency With Real Rocks & Heads That Rolled 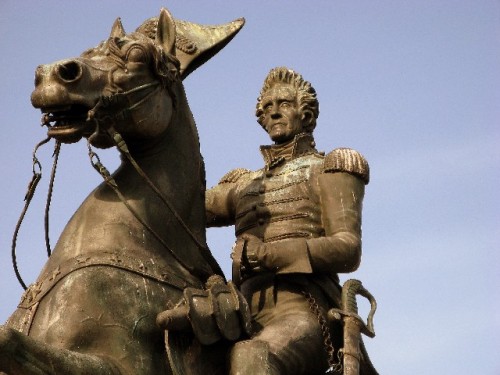 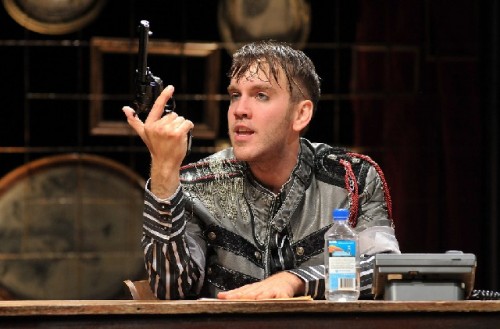 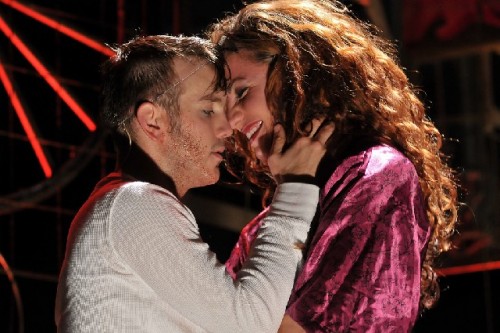 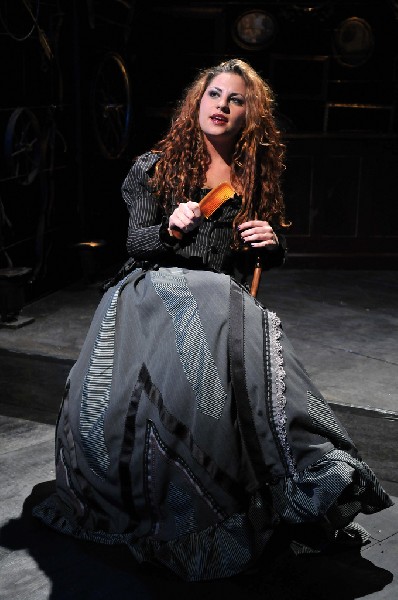 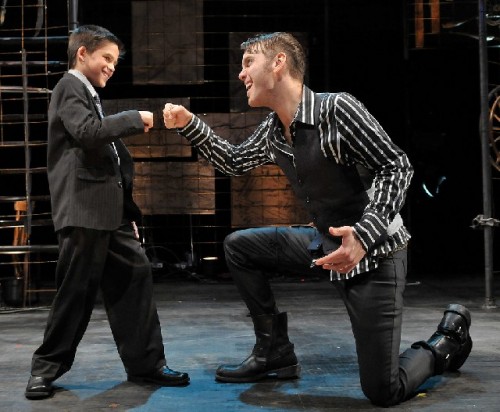 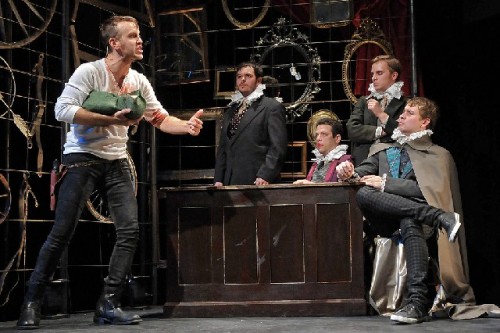 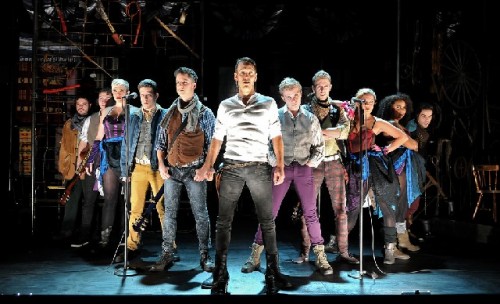 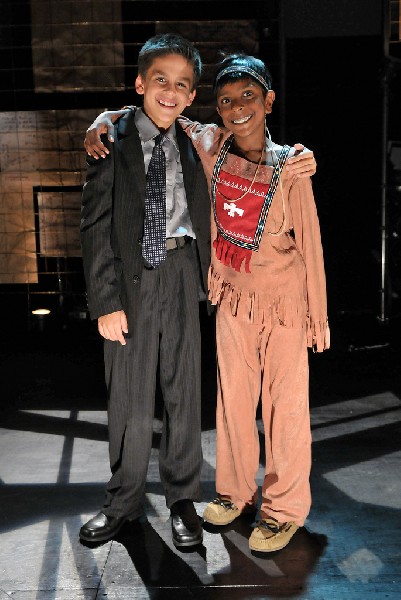 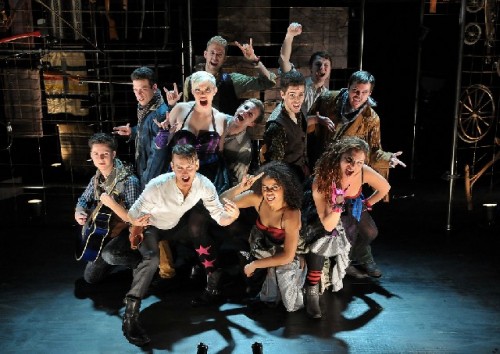 With a very talented cast, the SpeakEasy Stage Company's Bloody, Bloody Andrew Jackson by Alex Timbers is a tumultuous, high energy rock opera loosely following the bigger than life frontier war hero Andrew Jackson from poverty to populist Presidential power. His darker personal flaws and mistakes are presented in the social-political context of the times often with wit, provocation and great irony.

The historic Andrew Jackson was called Old Hickory. This nickname was bestowed on him by his troops for his toughness. It was a toughness just like the hard Hickory tree. With Bloody Bloody Andrew Jackson, here the Andrew Jackson character's toughness is a bristly exterior shell with little interior conscience or sensitivity to others except in an often symbolic verbal political sense. His inner being is not really explored much.

With pop culture asides and reference to parallel issues of today, the contemporary relevance of the often amusing show is not lost on the audience. Certainly and even poignantly, what is presented is very similar to what is going on today with sound-bite and less than full of integrity candidates and pols.

Each of the four women actors are excellent. Mary Callanan's humorous Storyteller is a superb sophisticated historical glue to the narrative. Her costumes (rather outfits) and asides are a hoot. And she had the best line in the show. Amy Jo Jackson's various characters are all done with relish and clarity. She also sings beautifully.

Alessandra Vaganek's Rachel Jackson is both earthy and sympathetic. Brittany Walters' various roles are sung and performed seamlessly. Each has a fine voice, and in their various parts, they gave style and luster to the show as well.

Playing a variety of roles in and out of costumes, the rest of the male ensemble is excellent. Particularly standout were Ryan Halsaver as John Calhoun, Josh Pemberton as Martin Van Buren and Diego Klock Perez as Henry Clay and Black Fox. All of the ensemble sang well. And the musicians on stage were outstanding. The music is a bright rhythmic character itself within the show.

Though noticeably talented (he sings, he dances, he fights, etc.), Gus Curry's Andrew Jackson seems to be miscast. More bullying punk than preening hero, his high octane performance does not seem to give off the needed gravitas needed for the role of an even fictitious 7th President of the United States. Even his hair seems wrong--too dark, straight, slicked down rather than flowing and/or white. Strangely, his costumes are leader of the pack black rather than peacock generalissimo. Not the image of the Great White Father, perhaps an older or physically larger actor is needed for the part.

Other than the get-ups for Mr. Curry, the rest of the costumes by Elisabetta Polito were terrific. Music Director Nick Connell and Eric Norris's sound design were pitch perfect. Eric Levenson's scenic design worked well providing environments in minimalist ways that underscored the performances.

Though in parts, Bloody Bloody Andrew Jackson is quite clever, smile-alot humerous and energetically musical, it leaves the audience wanting more. The playwright gave little inner life to the flawed hero Jackson. He orchestrated genocide on Native Americans but adopted an Indian orphan. Why? Why did he act the way he did is scribbled rather than drawn. He is shown with little human tenderness and even less personal warmth. His democratic populism is given lip-service rather than serious conviction.

Bloody Bloody Andrew Jackson is political parody without profundity. Many of the show's parts are greater than the whole production. Though entertaining, more would have been more.