The Lie at Williamstown Film Festival 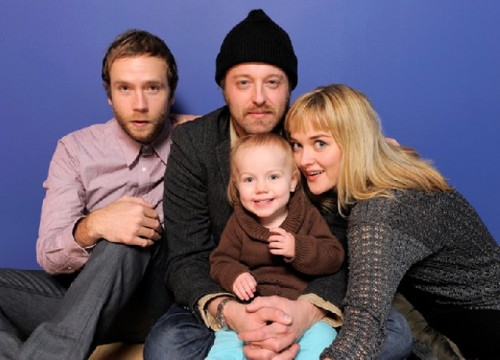 Left to right Mark Webber, Joshua Leonard and Jess Weixler with the baby. 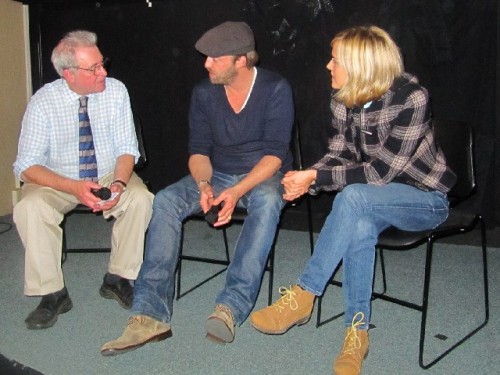 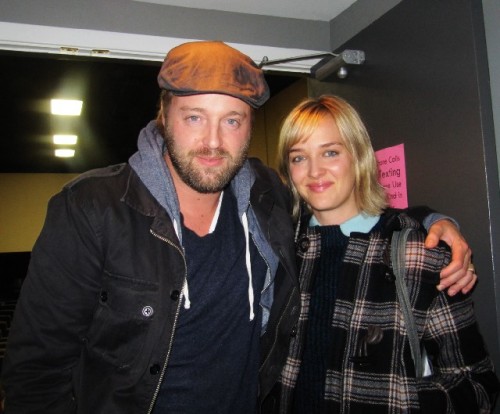 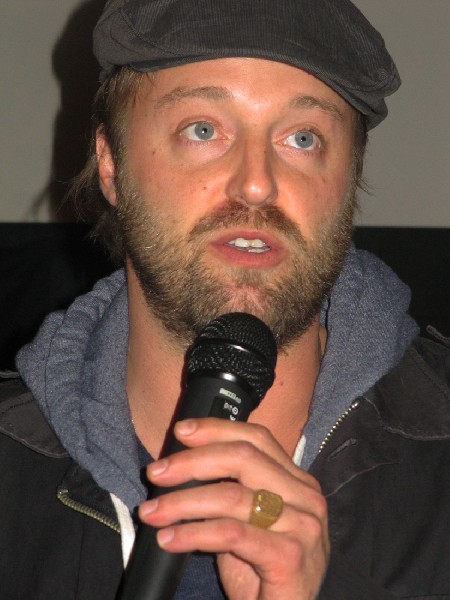 Leonard wrote, directed and stared in The Lie. 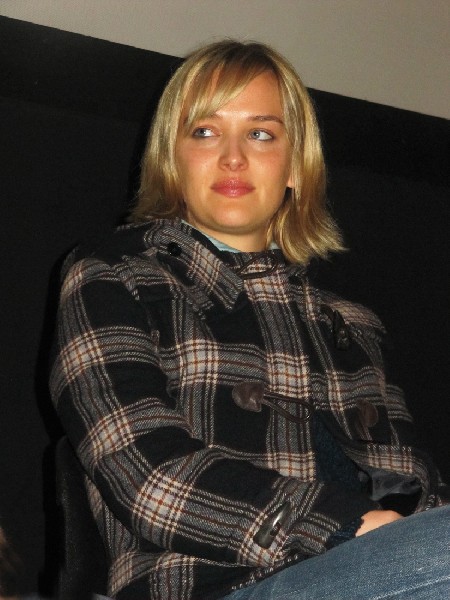 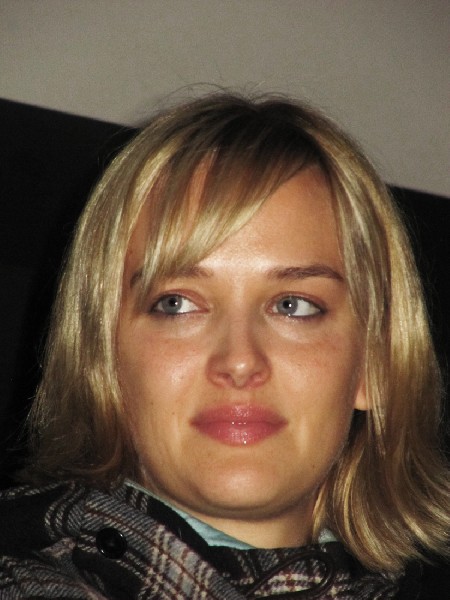 Many of Weixler’s scenes were improvised on camera.

For the opening night of the 13th annual Williamstown Film Festival, Steve Lawson, the executive director of WFF, selected a film he first viewed at Sundance.

Before a capacity audience at Images Cinema, last night, Lawson introduced the feature film, The Lie, and followed that with a talk back and Q&A with the writer/ director/ star Joshua Leonard and his co star Jess Weixler.

The low budget independent film was shot in just 14 days with a year of editing and post production.

Leonard informed us that he was in the can catching up with his reading of the New Yorker when he became intrigued by a short story by T. Coraghessan Boyle. There were considerable challenges involved in expanding a dramatic thumbnail into a full length feature film. This entailed, as Leonard and Weixler commented, a “third act” not in the original story that had to be approved by Boyle.

Because much of the shooting entailed the actors improvising lines Leonard explained that is why there are four individuals credited as adapters although he was the primary writer. In order to pull this off for each take there were two cameras and the resultant film was a mix of these elements.

During one scene when Weixler’s character, Clover, hears Leonard as Lonnie play back a really hideous rock song he has recorded her stunned and complex reactions are quite fresh and real. She told us she was hearing the song for the first time on camera. The producer, however, against their objections insisted on a fourth take. Some 60% of that take made the final edit.

There are improvised moments of intimacy and freshness that almost salvage a game and plucky project that just doesn’t quite cut it.

The exposition of the first third of the film is tedious and difficult to identify with. When we are introduced to the characters we don’t quite catch the drift of where the plot is headed. The opening scene, when Lonnie sees a shrink as a ploy to get a prescription for medical marijuana, is a non sequitor. It establishes, perhaps, that he is a stoner.

There is another disconnect when he gets the prescription filled and has a flirtatious encounter with a hippie chick selling awesome weed. Until he stumbles out that he is married with a baby. Duh.

Early on in the film there is  a dinner party scene that makes little or no sense. Lonnie and Clover are entertaining a rich couple with whom they have nothing in common. Their new age friend played by Mark Webber launches into a rap about creating a new product which he describes as skin food. The punch line is that he hits on the couple for $100,000 and leaves them with a business plan that he has scribbled on a piece of paper.

That awkward moment is followed by another when Clover discloses a job offer from a less than politically correct company. Lonnie is hurt and surprised that she didn’t discuss this with him privately.

The plot point is that the anger and disappointment he feels causes him to have doubts about his own lame career path. That plus the reality check of parenting their baby daughter. He proves to be a loving father caught up in a premature midlife crisis.

Dropping the baby off with a nanny he drives to the job he hates. From the parking lot, in an improbable scene, he sits in his car looking up at his boss in the window. He  makes lame excuses about not being able to come to work that day because the baby is sick.

This results in a kind of Ferris Bueller’s Day Off when he heads to his friend’s seaside Winnebago to hang out, smoke ganga from a bong, and record that horrible rock song.

Yes, the young dad has fantasies of making it as a rock star. So, what else is new?

That night over dinner Lonnie starts to fabricate The Lie which just gets deeper and deeper as his playing hooky from work continues day after day.

The excuses to a more and more enraged boss become every more outrageous. The boss, rightly, tells him he will be fired if he doesn’t come to work.

In desperation Lonnie blurts out that the baby has died.

Particularly when fellow workers show up on his doorstep with tears, sympathy, quiche and cannolis. They pass the hat, and when he does show up, give him a brown paper bag full of cash.

There is of course the tearful denouement between the couple.

This is the tipping point that makes or breaks the film. The scene is handled with great insight and superb acting by the couple. It is a riveting moment but not enough to save what comes before and after.

It did however convey the considerable talent and potential of Leonard and Weixler.

The festival continues today with an animated film A Cat in Paris followed at noon by a documentary The Running Fence Revisited and afternoon of The ALL-SHORTS Slot and tonight the feature We Need to Talk About Kevin at Mass MoCA. It’s bagles for breakfast tomorrow morning with the much anticipated documentary Caris’s Peace.

WFF returns on Thursday, October 27 and wraps on Saturday October 29 with a Salute to Sidney (Lumet) at the Clark Art Institute.