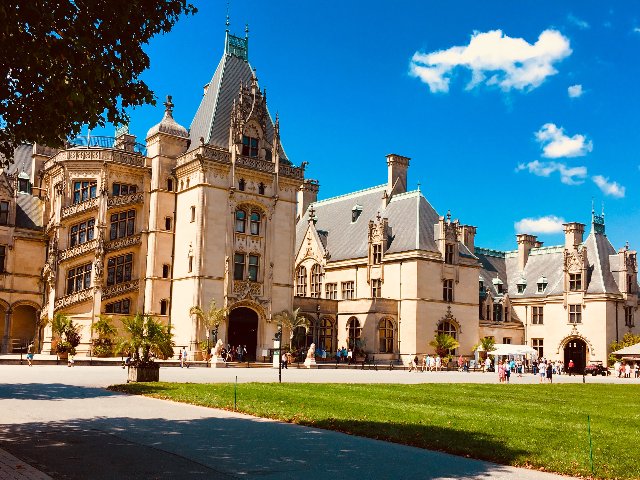 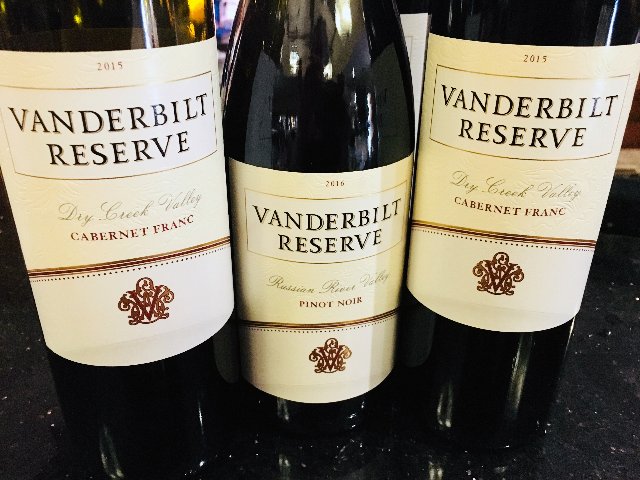 Traveling in the Smoky Mountains has opened our eyes to the natural beauty with rolling hills and farms in rural North Carolina.

Asheville was enhanced in 1895 when George Vanderbilt’s 250 room chateau, Biltmore, was completed. It has not changed since its inception.

Vanderbilt hired Frederick Law Olmsted, to create the gardens and landscape of the property. Olmsted designed Boston's Emerald Necklace and New York's Central Park.  His designs are both formal and naturalistic, ranging from sculpted Italian Gardens to the 250 variety Rose Garden. The mansion was designed by Gilded Age architect Richard Morris Hunt. He built collages in Newport and New York town houses for the robber barons. Biltmore, his masterpiece, is regarded as a great American landmark.

Historically, Biltmore was opened on Christmas Eve in 1895. It took six years to construct. George, wife Edith, and daughter Cornelia lived in the house until 1924. Cornelia married that year and remained in the house with her husband.

In 1930 the house was opened to the public. It was the time of the great depression and income produced by the house was a necessity for its existence. Today, the fourth and fifth generation families run the estate that employs over two thousand workers.

Our group of four took a 2.5 mile hike during our visit. We followed the extensive trail network that led us through the open meadows of Deer Park. We hiked next to the French Broad River, which flows through the property.

We visited the farm in Antler Hill Village where livestock and crops were in abundance. Inside the village were blacksmiths, woodworkers and numerous crafters, demonstrating their wares.

It did not feel like we were living in 2018, but, more like the turn of the century.

The smell of Carolina barbeque permeated Antler Hill Village. It was lunch time, a perfect time to enjoy southern cooking.

Afterwards, the trails led us to the beautiful Azalea Garden, the Rose Garden and the Italian Garden.

We were traversing the property and ended up at the Winery store, where we signed up for a three hour Vine to Wine Vineyard Tour & Tasting ($85).

After sampling dips and candy and wine in the winery store, the dozen or so winery tour guests lined up and followed our wine leader (an ex-school teacher) to a designated spot on the grounds, where we were welcomed and served a glass of sparkling wine that is produced  on the premises. Small bites of salami and mozzarella were passed around. The salt from the appetizers paired perfectly with the somewhat dry sparkling wine.

We were off to a good start.

We boarded a bus that brought us across the French Broad River and onto the vineyard, where there are enough grapes to bottle 150,000 bottles of wine, The rest of the grapes are sourced, making production of one million eight hundred thousand  bottles at Biltmore Estate.

Winemaking at Biltmore is the result of decades of experimentation resulting in what varietals are best to grow in western North Carolina’s unique climate and soil.

The wine tour was totally complete. We sampled wine, while eating grapes on the vine at the vineyard. We se visited the winery and saw the tanks and barrels used to age the wine. Our guide was knowledgeable and made the tour fun, yet, educational.

The last hour was spent sampling close to a dozen wines with bites that paired. There were many outstanding wines that we sampled.

The list of wines made at the Biltmore Estate include

The tasting encompassed some of the best wines from the vineyard. Each wine that we sampled, clearly was well made, with lots of body, soft tannins and representative from the vineyard and its sources. The wine tour was well worth the price of admission.