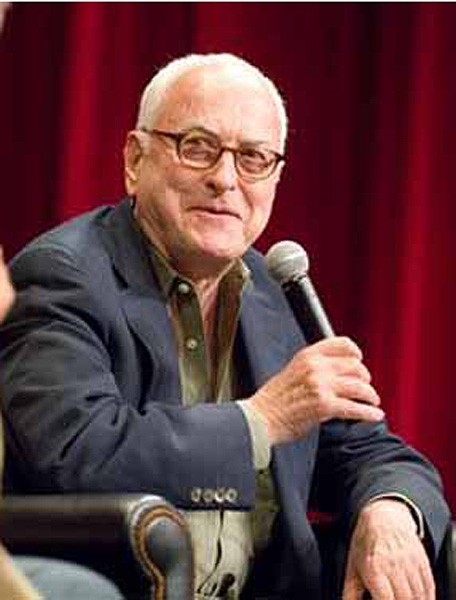 Filmmaker James Ivory will be the featured speaker at Saturday’s luncheon. 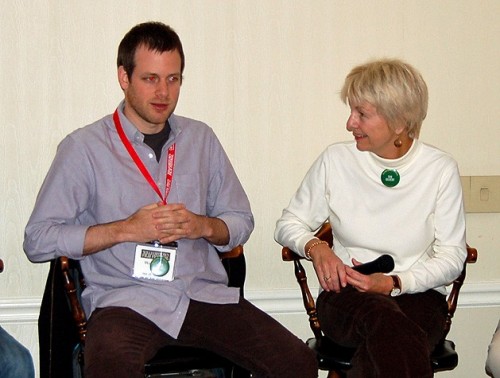 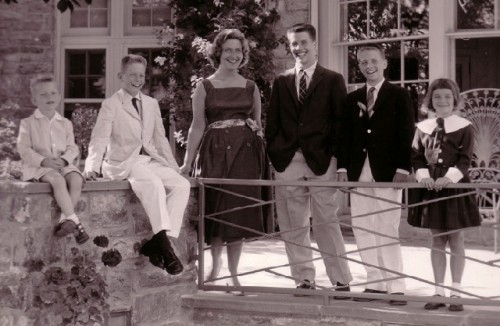 Sue Gilbert’s film "Beyond Greenaway: The Legacy" is about growing up rich. 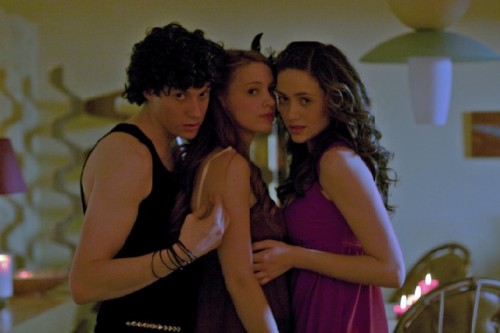 Adam Salky’s film "Dare" is about growing up confused. 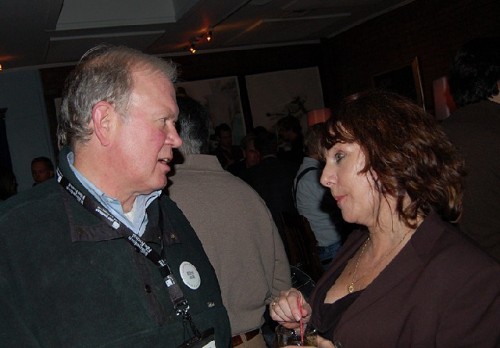 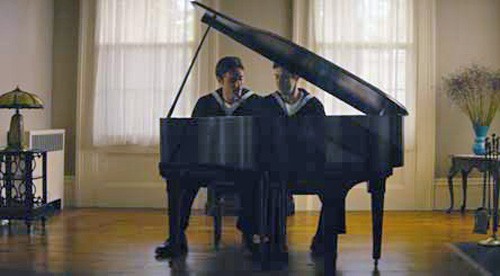 "Handsome Harry" was about the reunion of two sailors. It’s complicated by a gay bashing. 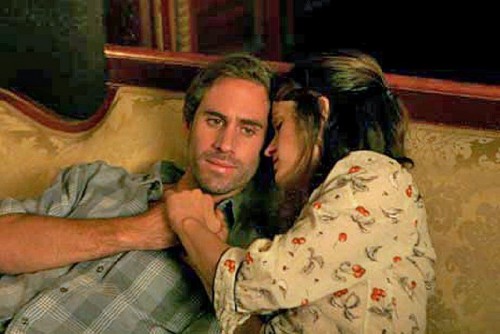 "Against the Current" arrived on screen only after numerous difficulties. 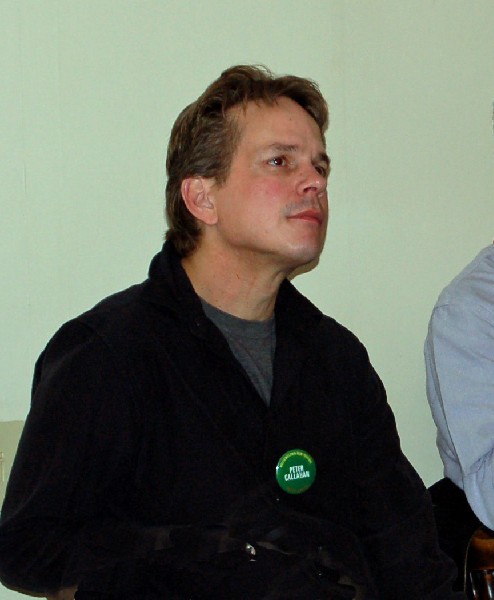 Peter Callahan's screenplay for "Against the Current had a tough trip from page to screen. 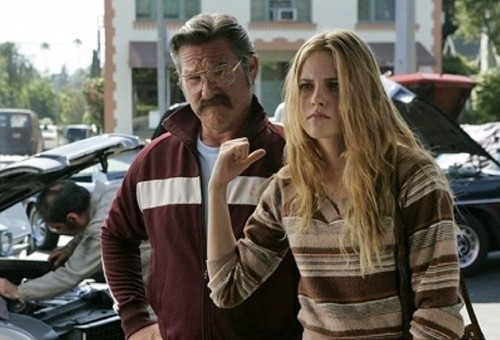 "Cutlass" was a funny short about families. 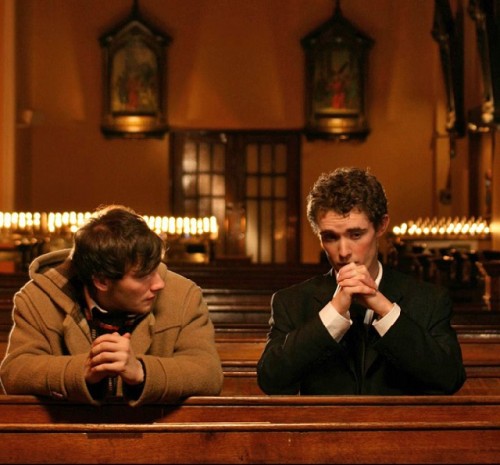 The Irish short "The Confession" had a fun payoff. 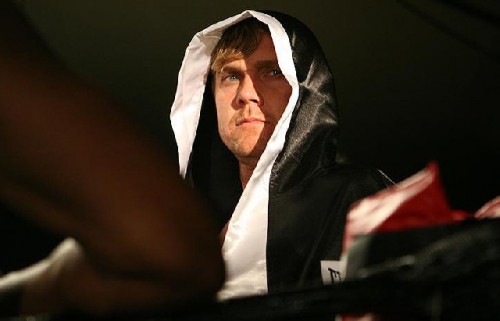 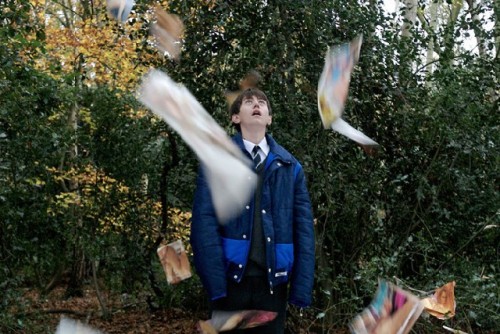 "Love Grows on Trees" was a short that preceded the showing of "Dare". 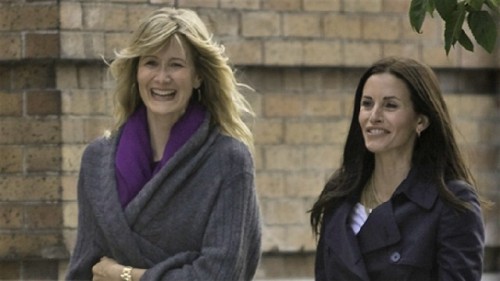 The short "Monday After Thanksgiving" has a message of hope. 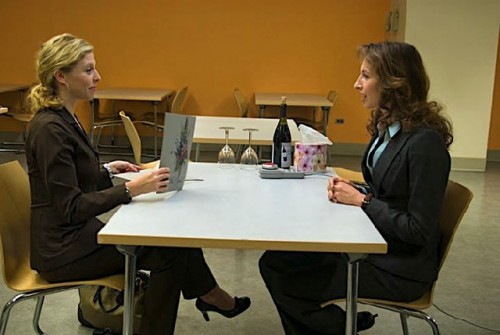 "Speed Grieving" was a short about loss. 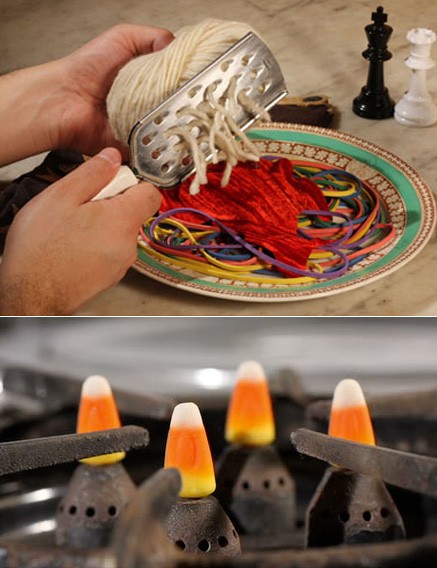 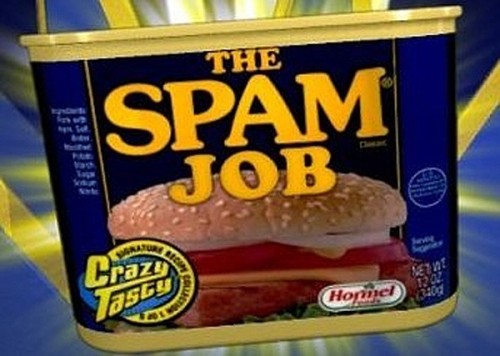 "The Spam Job" documented a traveling can of the stuff that appeared in odd places. 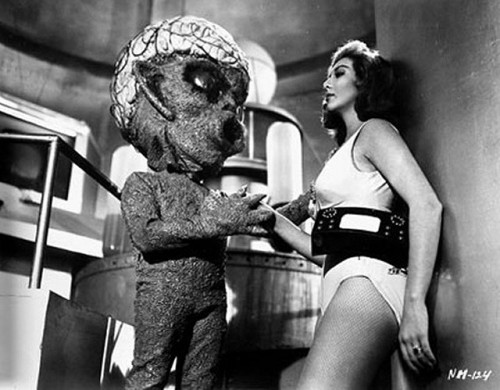 A Mexican sci-fi film "Ship of Monsters" has music performed live by ETHEL on Friday at Mass MoCA. 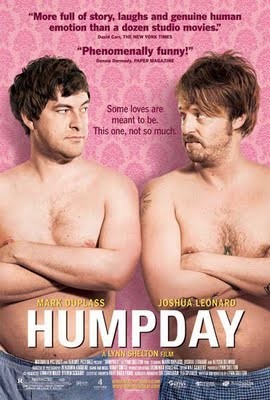 "Humpday" is a comedy about two straight guys caught in an odd arragement. 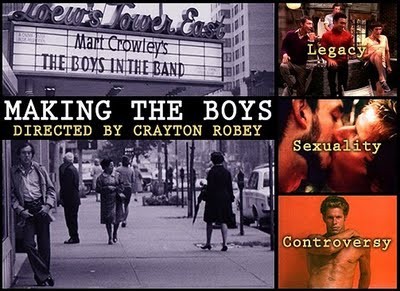 "Making the Boys" is a post-Stonewall work in progress. 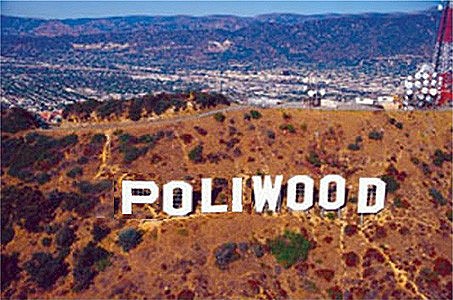 Barry Levinson’s "Poliwood" is the big film Saturday Night at The Clark.

It's the second week of the Wiliamstown Film Festival (WFF), now in its eleventh year.  Looking forward, on Thursday night 10/29 the Berkshire Premiere of I Knew It was You celebrates the brief career of John Cazale and includes interviews with Meryl Streep, Philip Seymour Hoffman and Al Pacino. Cazale was one of America's most underrated actors. It will be followed by a party at the Red Herring.

The most unusual event of the second weekend has to be the appearance of string quartet ETHEL playing an original soundtrack they created for La Nave de los Monstrous (The Ship of the Monsters) at Mass MoCA on Friday night. See our interview with ETHEL which talks about how this came about.

Saturday starts at 10:00 AM with the second All-Shorts presentation at Images Cinema.  There are eleven films scheduled. They are:

ADELAIDE - Looking for love is an unhealthy pursuit.

CUTS - One son's quest to earn his dad's respect.

NEXT FLOOR - This banquet will go down in history.

OUR NECK OF THE WOODS - Unexpected heat on the assembly line.

SANTA: THE FASCIST YEARS - Beloved icon crosses to the dark side.

TEN FOR GRANDPA - "Citizen Kane" had nothing on this guy.

US ONE NIGHT - Will the party snap him out of his funk?

Artists from the films will be on hand for discussions about their work.

Perhaps the most anticipated event of the WFF is the Saturday noontime lunch seminar at Orchards, with James Ivory. This is expected to be an illuminating conversation with the award-winning director of A Room with a View, The Bostonians, Howards End, The Remains of the Day, and Mr. & Mrs. Bridge.

At 2:45, it's back to Images for Making the Boys, one of several gay related films on the docket this year. The film is described as a "work in progress". When it opened off-Broadway in 1968, Mart Crowley's The Boys in the Band jolted audiences and revolutionized the stage's treatment of homosexuality. Months later, the Stonewall riots signaled a landmark sea change in gay attitudes toward repression. How much have things changed since? A fascinating study of art and morality in modern America.

Saturday night at 8:00 PM WFF salutes Oscar-winner Barry Levinson (Diner, Rain Man, Wag the Dog, Bugsy), who brings his gripping new documentary to WFF. Here's your chance to grab a front-row seat to the 2008 presidential campaign as Poliwood explores the collision and collusion between politics and Hollywood and the ever-thinning line between news and entertainment. A sizzling look at the roles which media and celebrities play in society.

This New England Premiere will be followed by a Q-&-A with Levinson and the annual desserts party at the Sterling & Francine Clark Art Institute.

Sunday begins with bagels and coffee at Images at  10:30 AM for an 11:00 screening of the straight film Humpday, that is gay, sort of. That's because the male ego comes in for a shellacking in this bubbling Sundance award-winner by Lynn Shelton.

Looking back at the first weekend, the highlight had to be the New England premiere of Peter Callahan's film Against the Current at Mass MoCA's Hunter Center in North Adams. It was preceded by a fundraising dinner attended by the writer/director and producers and the glitterati of the Northern Berkshires.

All the feature films of the first weekend were winners. Handsome Harry, a Berkshire Premiere, told of a Navy veteran who looks up old buddies and eventually makes amends to an old sailor and lover. The affair ended tragically with a gay bashing in which he participated. Bette Gordon's topnotch cast (Jamey Sheridan, Campbell Scott, Steve Buscemi, John Savage, Aidan Quinn) powers Harry's confrontation with long-buried memories.

A Saturday breakfast seminar featured the screenwriters of Beyond Greenaway, Against the Current and the director of Dare in a session that explored the difficulty of financing and distributing independent films while being true to your artistic vision. The honesty and back stories were riveting.

The session was followed by a screening of Beyond Greenaway: The Legacy, a film by Sue Gilbert about her family. She had talked about them in some detail at the breakfast seminar, and then to have them come to life on screen made the film especially powerful.

The first slate of shorts was shown right after that, and just about every one was a winner. They covered the gamut from animation to faux horror, to comedy and drama.

For me, Sunday's screening of Dare was the top film of the weekend, and the most likely to resonate with today's young audiences. Director Adam Salky is modest, yet his skills as a filmmaker get my nod as the most refreshing new voice of his generation.

The tale of Alexa, Ben and Johnny was experimental on many levels as it wove the romance, relationships and careers of the three together. The story and treatment was similar to the groundbreaking and popular UK series Skins.  Adam Salky managed to put his own stamp on it, and out-innovated the Brits. Much of the cinematography was Felliniesque to boot.

Dare will open nationally in New York and LA on November 13 and I suspect it will quickly find its audience. This was Salky's debut as a feature film director. Dare has a contemporary spin that is sure to become a cult favorite for a long time to come.

There are hundreds of film festivals held across the world every year. That our own small Williamstown Film Festival continues to attract the top films and top talent is a tribute to Steve Lawson, executive director, and its almost fanatical board, and it's contributors and participants. Thanks to them Beverly Hills meets  the Berkshires for ten magical days every year.

"It's our most successful year ever," says WFF executive director Steve Lawson. "We've had sell-outs, and large turnouts for every event, and there is something for everyone: drama, comedy, animation, documentaries, and world-class acting and direction. In addition to the features and seminars, the 30 shorts on tap this season cover an amazing range of material. And - as always - everything screens just once to maximize personal contact between artists and audiences." â€¨â€¨To order tickets (or discount Passes at 10% off), visit http://www.williamstownfilmfest.com or call the Ticket Line at (413) 458-9900.