Conviction On All Levels

A True Story About Sibling Devotion 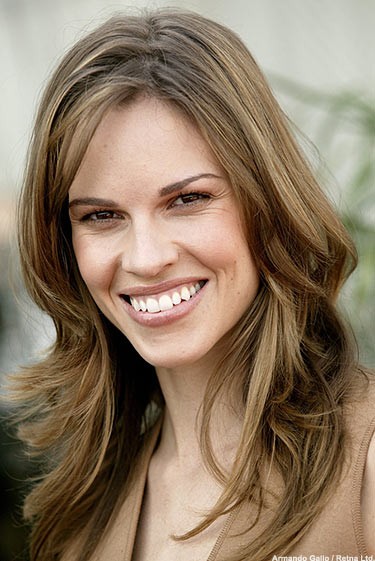 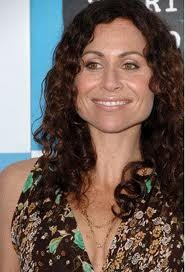 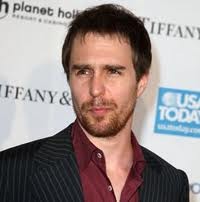 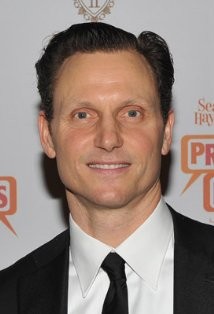 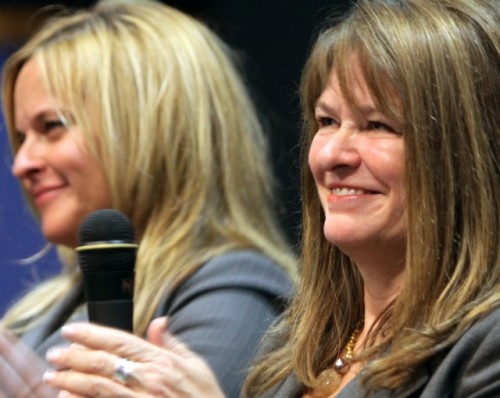 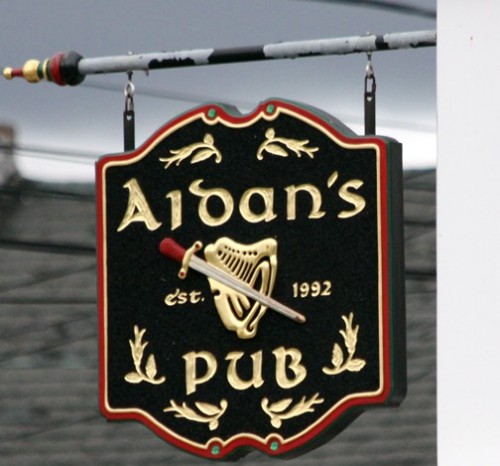 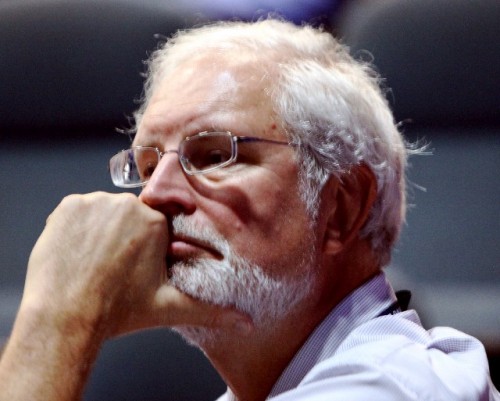 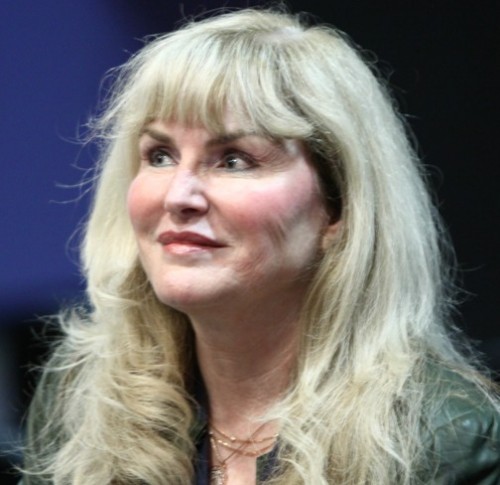 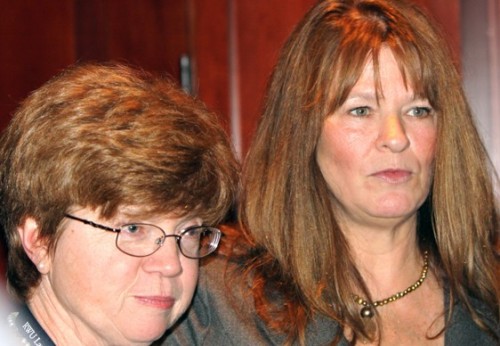 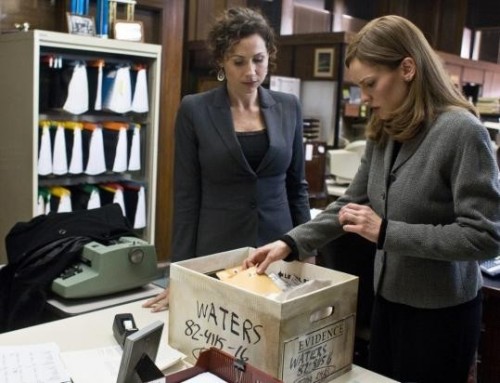 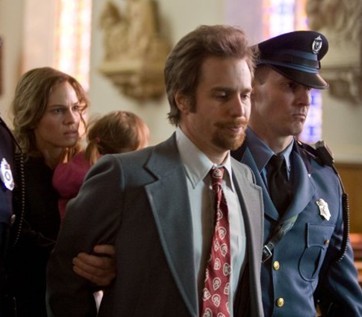 For the last dozen or so years I often saw a large, energetic woman with wonderfully orange-red hued hair, as likely to give you a smile and a hug as a pint of cool dark Guinness, moving through the din from bar to room to room to bar with ease and purpose at Aidans, a comfortable Irish style pub and restaurant along Bristol, Rhode Island's old waterfront, two-thirds up Narragansett Bay. On quiet afternoons, Aidans fills up when boaters come in from a sail down to Newport, and in the evenings during school sessions the pub is usually packed with students from nearby Roger Williams University and their small but aggressive law school. The woman was Betty Anne Waters, unprepossessing easy to talk with. I never knew that she was a hero until recently.

Last Monday evening, I saw Betty Anne in downtown Providence in a small elegantly paneled function room off the Westin Hotel lobby. Sipping champaign in a tall glass and tasting hors d’oeuvres, she was surrounded by (mostly) men in their direct from Central Casting pin stripes, white shirts and rep ties. Dressed in a soft gray tailored pants suit (hair now almost incandescent from the intense spots overhead), Betty Anne Waters was just back from London, Larry King, NPR, the Today Show. The same Betty Anne, but now the epicenter of Conviction, a powerful new film dramatizing her tenacious legal challenge, an 18 year struggle to undo her brother Kenny Waters’ wrongful conviction for a gruesome murder and ‘life without parole’ in maximum security Walpole prison (aka MIC-Cedar Junction). Thanks to his sister's devotion, Kenny Waters was finally released in 2001.

If this high school drop out, single parent mom had bad days getting her GED, Bristol Community College diploma and Roger Williams Law degree, passing the bar and making sense of Kenny’s under-resourced 1983 trial and unfocused 1987 appeal, you never heard it at Aidans. Over legal and personal hurdles that would rival the early '60s victory of impoverished Clarence Earl Gideon (Gideon’s Trumpet), another impossible struggle for justice involving questionable testimony and evidence, lack of counsel or its adequacy and class prejudices, Betty Anne kept herself, Kenny and her two sons, somehow afloat.

Two hours to go before a special Providence Place Cinema advance screening of Conviction with Hilary Swank playing Betty Anne, Sam Rockwell as her older brother Kenneth Waters, the president of Roger Williams and dean of its law school would lead the distinguished group up a series of escalators through a star wars-like mall of glass and chrome to join Betty Anne’s 1998 law classmates, family and friends, media and the school's current law students.

According to the ads, Conviction is “inspirational” and “the ending will leave you cheering.” But the NY Times' A.O.Scott argues that after the seemingly one-sided five day murder trial, the film goes into “lockdown,” the considerable energy and imagination of the actors are “stifled” by an “airless, by-the-numbers” story. Setbacks and breakthroughs on the road to Kenny’s eventual exoneration “arrive like clockwork.” Even worse, the emotions “are so clear and obvious.” Whew. And how grateful Conviction’s screenwriter Pamela Gray must be to learn from NPR that a “true story” has been “prettied up for a picture,” that she’s only “poured the details into a ready made template,” and director Tony Goldwyn has avoided “darker” places or issues.

A viewer with only a slightly greater sensitivity to issues of class and echoes of Bob Dylan’s “Hattie Carroll” song would be puzzled, then annoyed. They might recall the only thing ready made to “people” like Kenny Waters and Betty Anne is that the “ladder of law” in fact has a top and bottom and to a great extent, Kenny got what he deserved precisely because that is what the law, in far too many situations is set up to deliver. This was particularly true in places like Ayer, Massachusetts, then home to a rough-and-tumble Ft. Devens U.S. Army base founded in World War I in a town not doing so well since the Great Depression

What got missed? For those who would decode this sub-text of this tensely described structural unfairness, Conviction is made with far more attention not just to the hidden injuries of class, but the social limitations class routinely engineers. This occurs particularly when those injuries fueled by humiliation and frustration break out into socially unacceptable youthful and adult behaviors. Not least of which are emotional rage and physical violence. From the quietly horrific opening scene of the victim’s modest mobile home in total, bloody disarray to the spare closing scene of only (apparent) tranquility on a New England pond, writer, director and actors are at pains to register the alarming details. These seem to elude many otherwise “sophisticated” critics. Texturally, the film shows how those like Betty Anne and Kenny dress, speak, act and react.

What some commentators have seen as a kind of inevitable express train to Kenny and Betty Anne’s final victory is actually a cumulative and wishful feeling. Linear narrative in the film is broken, chopped, juxtaposed by childhood flashbacks, often the two of them together boosting candy and sneaking into houses, riding dangerously on the sideboard of a pickup truck and talking trash to local cops. Humor is tactically interjected as relief. Walpole is called the “Hilton,” and Kenny writes that the food is “fantastic.” Exhibitionistically he doffs all his clothes dancing in a bar and during his trial he makes the motions of a blowjob.

Conviction moves more like a freight train shunted to one anonymous siding after another, without explanation and without apology, and on several outrageous occasions—Kenny’s arrest by Troopers during his grandfather’s funeral; Betty Anne’s two sons asking to live with their father; a two-year (two year) delay from locating the DNA relevant evidence to the lab tests excluding Kenny as a possible “suspect”—derailed. The NYC Innocence Project which came to Betty Anne and her law school partner Abra Rice’s (Minnie Driver) aid at a crucial point in the struggle by providing resources as basic as volunteers to make the interminable phone calls and send the endless faxes, has only helped release hundreds like Kenny, while thousands and thousands remain locked up.

Significantly, the (probably overworked and underpaid) pubic defender at Kenny’s original trial makes no active appearance, either out of or in the courtroom—it’s all prosecution. And a review of the Appeal—by this civilian— demonstrates a similarly unaggressive backgrounding, a similarly lackluster attention to damning detail. Why focus on whether “lethal” testimony introduced by Kenny’s wife and his lush of a lover (‘he laughed at the murder’) was given while they were drinking rather than following Kenny’s expressed—but not articulated—nagging doubt: Why are they saying this [absolutely untrue] statement? Because, as we learn near the end, evidence was manipulated and the statements were coerced.

He’s no saint, damaged and marginalized, he repeatedly lacks “good judgment” dealing with women or men; puckish one moment his sullenness has the arresting cop Nancy Taylor (Melissa Leo) pull her service revolver on him—and his chain saw: and his hair-trigger anger has him break a beer bottle over a disgruntled bar patron’s head. But Kenny understands the game—and it always has felt like a no-win game—edgy paranoia or no, for him and everyone he knows. He also understands the fatalistic end game better than most, so attempts suicide in Walpole. When his distraught sister pleads with him “nevah to do that again,” he honesty—and realistically—responds, “Not a lawyer on earth gives a fuck about me…I’m a piece of shit.” Perhaps that’s the “predictable” reality in undramatic vernacular that also gets missed. Perhaps, it is the archaic reasoning behind their brother/sister loyalty “contract,” or his sister’s improbable, imprudent and unreasonable—to us—solution?

Doing school is easy for only a few, doing professional school, with fewer academic and even fewer emotional resources is rare. Although motivated to an extent greater than any of her college or law school classmates could possibly imagine, an early scene speaks volumes more than the familiar middle class parental overload: Early morning single Mom, resolutely cheerful, tries to get her teenage sons off to class—listening to the younger’s poetry assignment with one ear, older son’s taunting with the other, typing the last lines of her law school essay—only to have it rejected as a few minutes’ late in front of over hundreds in the crowded lecture hall. Rushing up the steps to her community college, a fellow student decades younger sails past on his skateboard, and hurrying to her law school class, there’s a colleague behind her in a bright rugby top.

Time and again, we are reminded by carefully chosen detail of just who has just what, Kenny’s blousy mother in a garish red dress (nine children with seven men), Betty Anne’s hair askew and hands full serving one table after another in Aidans, her totally washed out fatigued face meeting patted-down Kenny at Walpole, all serve to reinforce the complex puzzles the film illuminates but does not, as finger-pointing critics insist, explain. Nothing is certain. Mindy Marsh (Ari Graynor), Kenny’s distanced but utterly essential daughter, misled or lied to and therefore as full of doubts about her father’s innocence as Betty Anne’s sons about the cost of their mother’s relentless but uncertain mission, somehow makes the leap of faith. She believes her aunt and in turn compels her mother’s essential recantation. "Sign it, Mom."

When Kenny asked why she seemed so down during one prison visit, Betty Anne explained she was on probation, had late papers and failed a tort exam. The several hundred Roger Williams Law School students in attendance laughed a nervous laughter. Kenny ironically mistranslated probation’s meaning, but they did not. During the Q&A after an anxious silence, not a single question was addressed to either Betty Anne or Abra Rice (now a New Haven public defender) that touched upon the legal particulars of their experience then or since. In a glitzy movie theatre atop a glitzy mall, the law students just may have felt out of place. The moderator finally asked Betty Anne’s family who were present to stand. Half a dozen older men and their children in baseball caps and team jerseys uncomfortably rose. Unlike Betty Anne in her trim gray suit and a confidence born of terrible struggle, they must have felt out of place as well.