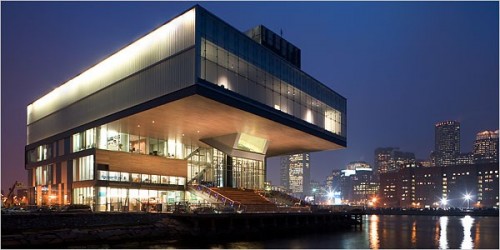 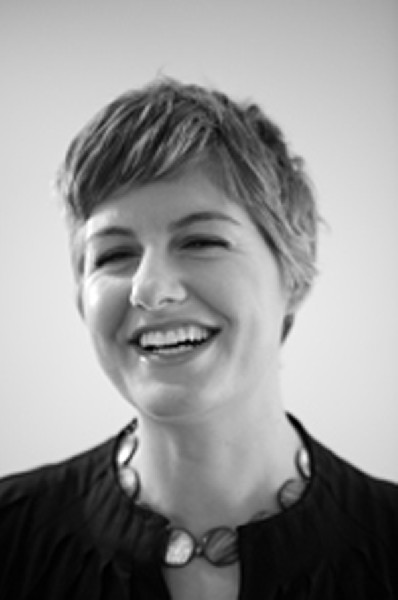 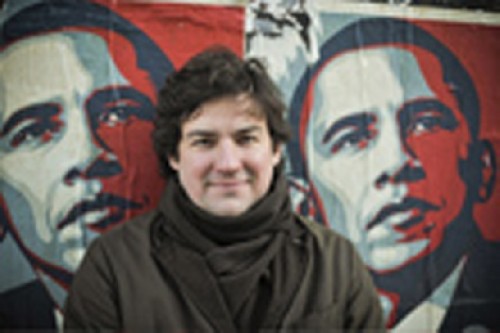 Adding to the depth and range of its curatorial staff, Jill Medvedow, director of the Institute of Contemporary Art/Boston (ICA) announced today the appointment of Jenelle Porter as senior curator, effective January 2011, and Pedro Alonzo as adjunct curator, effective immediately.

“These appointments come during a period of great energy and growth at the museum as the ICA continues to evolve in its waterfront home and our curatorial ranks expand,” said Medvedow. “Both Jenelle and Pedro share our commitment to connecting audiences with the joy and inspiration that contemporary art provides. Jenelle’s intellectual rigor, art historical knowledge, and curatorial experience will make a tremendous contribution to Boston’s cultural landscape. Through a series of pivotal exhibitions, Pedro has established himself as one of the foremost curators of urban and street art—a field the ICA brought to world attention with our Shepard Fairey exhibition, and that we continue to investigate and explore.”

Ms. Porter and Mr. Alonzo join a curatorial team led by ICA Chief Curator Helen Molesworth, who was appointed earlier this year after leaving Harvard's Fogg Art Museum. Jenelle Porter will play a key role in developing exhibitions and programs as well as building the museum’s permanent collection.  Alonzo will immediately begin work organizing an upcoming exhibition of the artist Swoon, which will open Aug. 31, 2011.

“The ICA is internationally recognized for its prescience in identifying groundbreaking new artists and its innovative approach to presenting contemporary culture,” says Porter. “It is a rare privilege to join such a talented team of colleagues, and I'm especially thrilled by the opportunity to work with Helen Molesworth, one of the most respected curators of contemporary art working today. I look forward to contributing to an already thriving, vital institution.”

The new curatorial appointments come on the eve of an important milestone for the ICA. Approaching its 75th anniversary in 2011, the ICA is preparing to launch a series of exhibitions and programs that celebrate the museum’s history of innovation.  In 2006, the ICA became the first new art museum to be built in Boston in almost 100 years. Since its spectacular opening, the ICA's iconic building on Boston's waterfront has drawn almost 1,000,000 visitors.

“This is an exciting time for the arts in Boston,” notes Alonzo. “In the short time since it moved to its new building, the ICA has vastly expanded access to contemporary art and artists in our city. The energy, momentum and enthusiasm at the ICA are palpable, and I am absolutely delighted to be part of it.”

Jenelle Porter comes to the ICA/Boston from the ICA Philadelphia, where she organized a number of noteworthy exhibitions including Dance with Camera (2009), Mineral Spirits: Anne Chu and Matthew Monahan (2010), and the first U.S. museum show of Trisha Donnelly (2008). She also co-organized the critically-acclaimed exhibition Dirt on Delight: Impulses That Form Clay (2009). Porter is currently organizing a survey of the painter Charline von Heyl, which will open at the ICA Philadelphia next year. She has contributed essays to numerous publications and published books on Trisha Donnelly, Joshua Mosley, Stephen Prina, Matthew Ritchie, and Uri Tzaig.

Prior to joining the ICA, Ms. Porter served in various curatorial capacities at Artists Space, New York, the Walker Art Center in Minneapolis, and the Whitney Museum of American Art, New York. Porter received her Master of Arts degree in Critical and Curatorial Studies from the University of California, Los Angeles, in 2004. She graduated from Barnard College, Columbia University, with a Bachelor of Arts degree in Art History in 1994.

An independent curator based in Boston, Massachusetts, Mr. Alonzo has organized numerous cutting edge and popular culture influenced exhibitions. These exhibits include Viva la Revolución: A Dialogue with the Urban Landscape (2010) at the Museum of Contemporary Art San Diego, Dr. Lakra (2010) at the ICA/Boston; and Generations UsA (2007) at the Pinchuk Arte Centre in Kiev, Ukraine. He co-curated Spank the Monkey (2006) at the Baltic Centre for Contemporary Art in Gateshead, England, and Shepard Fairey: Supply and Demand (2009) at the ICA/Boston. Alonzo has developed projects and organized exhibitions with many artists including Miguel Calderon, Quisqueya Enriquez, Rineke Dijkstra, FAILE, Rivane Neuenschwander, Iñigo Manglano-Ovalle, Paula Santiago, Dan Graham and Marcos Ramirez “Erre”. His work ranges from Street Art to cross-cultural chic. He received his Bachelor of Arts in Communications from the Instituto Technologico de Estudios Superiores de Monterrey in Mexico in 1995. We look forward to his future shows and projects.

With these two new staff additions, the ICA is following its mission to be an influential forum for contemporary and multi-disciplinary arts. Like its iconic building on Boston's waterfront, the ICA offers new artistic ways of engaging with the world around us. The ICA is located at 100 Northern Avenue, is open Tuesday and Wednesday, 10 am - 5 pm; Thursday and Friday, 10 am - 9 pm; and Saturday and Sunday, 10 am - 5 pm.