The David Wilson Interviews: Part One 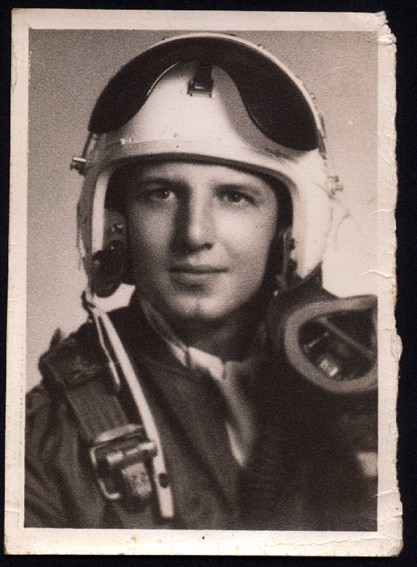 David Wilson in his Air Force flight gear in 1960. 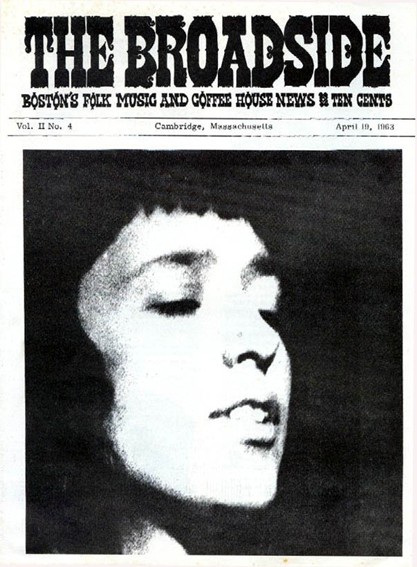 Wilson was the publisher and editor of the music publication Broadside. 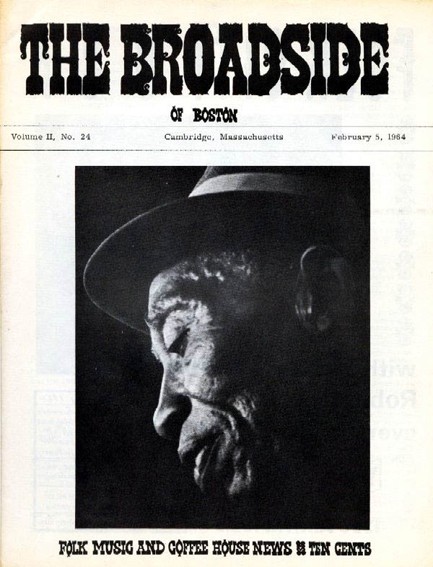 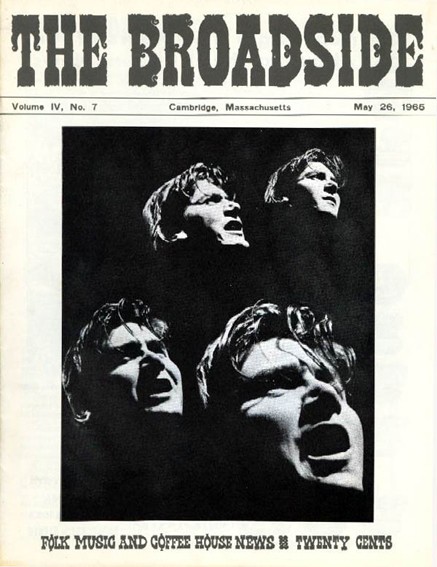 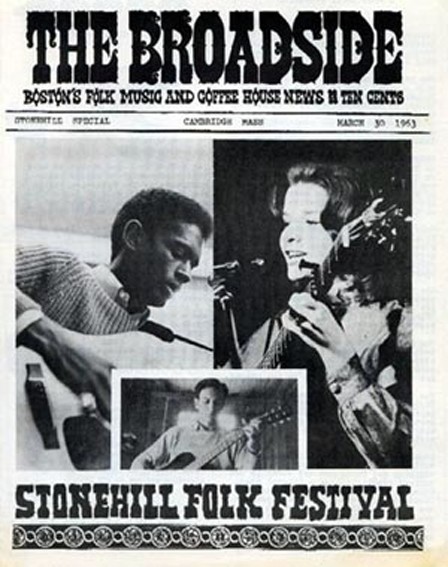 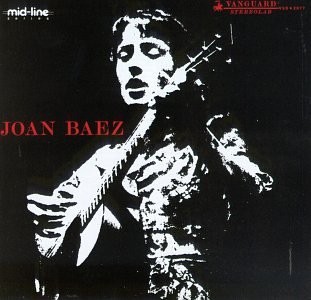 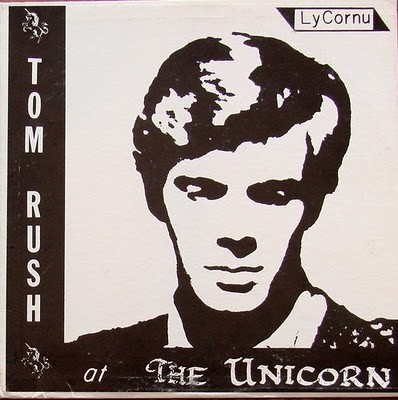 Tom Rush was an undergraduate at Harvard when he cut this first album. 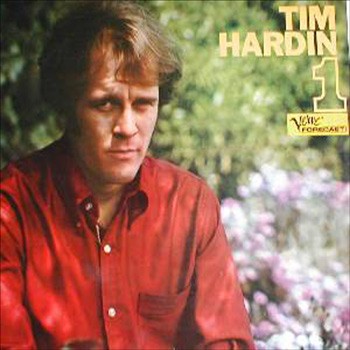 The career of Tim Hardin was all too brief.

After a lapse of many years David Wilson and I reconnected through Facebook. During the summer of 1968, with Sandi Mandeville, and Arden Harrison, we struggled to publish the underground paper Avatar following a break with Mel Lyman and his Fort Hill commune. By the end of the summer Wilson and Mandeville returned to full time publishing of the music paper Broadside. I took a job at Boston After Dark which morphed into its art critic. During a later merger Boston After Dark became The Boston Phoenix.

Last year, Wilson began to write music reviews for Berkshire Fine Arts. A dialogue ensued that evoked memories. They seemed unique and important enough to publish. An e mail interview followed over several months. There were intervals that allowed us to stir the pot and jog our memories. The dialogue dug ever deeper. What emerged is not a definitive history of the period and its events. Rather, it is a discourse between friends and colleagues to sort out a rich and complex period.

Our hope is that it will share memories with those who were around during that fertile time of music, arts and politics. As well as provide information and insights for new generations looking into the roots of alternative culture.

This is the first installment of a series of conversations.

Charles Giuliano You were involved as publisher/ editor of Broadside. It was one of the major New England music magazines of its era. With an emphasis on folk music and blues. Can you tell us when and how it was founded? As well as when it ceased publication?

David Wilson In 1958, Manny Greenhill was running monthly midnight folk concerts at the Hotel Ambassador just off Harvard Square which I attended with a few friends. It was through those concerts that I began to get a sense of the scope of folk music and it was so much more interesting to me than was the pop music of that time. In 1959 I went into an Air Force pilot training program, but washed out in mid- 1960. While I was away, Folk had blossomed in the area with several coffeehouses featuring regular performances. In Fall 1961, I took a basement apartment on Newbury Street which as it turned out had a backdoor across the alley from the back door of The Unicorn and I and my roommates became regulars there.

In March of 1962 I was feeling frustrated that I missed performances by musicians I would like to have heard, but they were not listed anywhere. I figured that if I wanted to have access to advance notice, others would also so I did some calling around and visited every coffeehouse I knew about and organized a schedule of everything I could dig up. With the help of a friend who worked in his father’s office, I typed up mimeo masters and ran off copies of the first issue. We could only get limited numbers from each master so I ended up doing it three times for each page, and as a result there were three different versions of that first issue. Other friends chipped in their assistance for the next issue and we went to an itek printing method on the second issue and photo-offset on the third. We published pretty regularly until 1969 when a combination of market factors pretty much sank us.

CG What was it about folk and blues that particularly interested you. It seems that you became involved initially as a fan. Who were some of the artists that you were listening to in the clubs at the time? I assume that you missed the classic era of Club 47 on Mount Auburn Street in Cambridge.

DW The interest I had in folk music grew out of my experiences as a camp counselor and singing what we then called camp songs. Eventually I discovered that a lot of those songs were descended from traditional songs and it was that combined with my interest in the literary connections of classic English ballads that gradually got me interested in folk music. One of my regrets about getting involved professionally with folk music was that I gradually stopped singing and became a listener.

It was an interest in Afro-American work songs and prison songs that eventually led me to the blues and gospel but I have always been more interested in the wider variety of traditional song than the more rigid codification of blues.

As far as Club 47 goes, I started visiting it in 1958 and it was there I first heard Joan Baez, Carolyn Hester and Richard Farina, before I went into the Air Force. They were still programming mostly jazz and classical with only occasional forays into folk. By the time I got back from military service, folk had become their primary focus.

CG  We had a club on the Brandeis campus called Cholmondeley’s. Because we were so far from Cambridge a lot of the acts came to us. I recall performances by Mitch Greenhill and Jackie Washington as well as Lightning Hopkins. My friend Rachel Goldstein was a Joan Baez fan and insisted that I drive her to Cambridge and Club 47. On one of those nights there was hardly anyone in the place. Joan was sitting chatting with a friend. During her set she asked him to join her for a couple of tunes. Of course that was Bob Dylan. There was a Brandeis group The Tarriers and they opened for her at the Golden Vanity which was on the Boston University campus. Joanie came to Brandeis on the back of a Vespa to perform in a packed dorm lounge.

DW I remember Chomondely’s well as we started carrying their schedules in our first year of publication and I attended performances there on a number of occasions. Are you sure about the name of the Brandeis group? The only Tarriers I knew was a New York trio, Erik Darling, Alan Arkin, (yes, that Alan Arkin) and Bob Carey. They were performing and cutting records by 57. They were similar to the Weavers, but with more driving rhythms. In fact, Darling eventually left them to replace Pete Seeger when Pete left the Weavers.

There was a guitarist from Brandeis I remember who was fantastic, but strange. He played flamenco and used a stage name. It was something like Juan Serrano, but I’m not sure that was exactly it, Later he started performing his own songs under his own name, Johnny Talbot. They were some of the most powerful and dramatic songs I ever heard. He drove a fully dressed Harley, a beautiful machine. He later cut a very interesting LP for Columbia and then dropped out of sight. I often wonder what happened to him.

CG I knew Tim Hardin pretty well. Of course Tom Rush came over from his dorm to play Club 47. Yes, you’re right, I do recall hearing jazz there a group led by drummer Al Dawson. During the summer of 1963, when I graduated from Brandeis, I was living on Hartwell Street in Waltham near the campus. Mel Lyman hooked up with Tim Leary and Richard Alpert who had a commune at 55 Kenwood Avenue in Newton called IFIF. We visited a number of times. That’s where I met the artist Bruce Conner. Mel came home with a bag of morning glory seeds. They were like an acid trip. The actor and later BU professor James Spruill was also living with us as well as John Kostik who invented Omniversal Design.

DW  Tim was ubiquitous. He was always after me to put him on the cover of Broadside, and eventually we did. He gave me my first snort of coke, rolling up a dollar bill and saying here, this will clear your sinuses? It did, but the come-down was so god-awful I was never tempted again. Tom was not only performing in those days, but hosting WHRB’s Balladeers show at the same time I was doing Rambl’n Round on WTBS. He leant me an advance copy of Dylan’s new album and that night I played the whole thing on my show. We invited callers to comment and the response was the most we had ever had up to then. Early callers hated the album, but as the hour went by we got more and more favorable calls, and it ended up a fairly even split. No one felt neutral about it.

IFIF had offices in the West End in the early sixties and my roommate, Chuck Schefreen and I visited them. Chuck signed up and we spent some time talking with Lisa Bieberman who seemed to be the organized manager of the operation. I still remember a few folks wandering around the scene munching from bags of morning glory seeds they kept in their pockets. I knew a singer named Ann Kostick. Any relation to John?

CG  Hey, I remember Lisa Bieberman. Eventually one night Jim Kweskin came by and asked Mel to join his jug band. Mel played five string bluegrass banjo so he was eventually replaced on that instrument. Mel went to live in Kweskin’s attic in Cambridge before they moved to Fort Hill to form their commune. You and I come into that story later.

What are some of the highlights and performances that you recall from the 1960s when Broadside became more active in the music community?

DW I need to do a bit of thinking before I answer that one. It is a bit all encompassing. I will say that with the awe I felt for Joan Baez, going to a Bob Gibson concert in 1959 and having him bring her out to do a few numbers was a thrill. It led me to believe that since he was going to perform at the Newport Folk Festival he might very well do the same thing there. He did, and I was there and I knew as many did that something very big had happened that night.