Media Is Not the Message 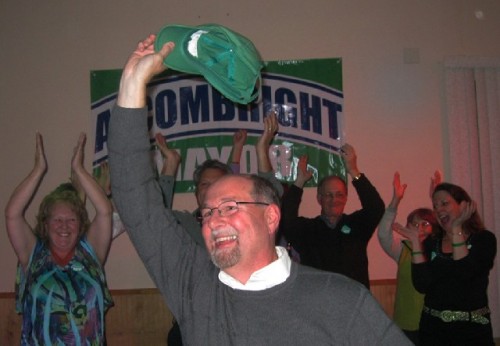 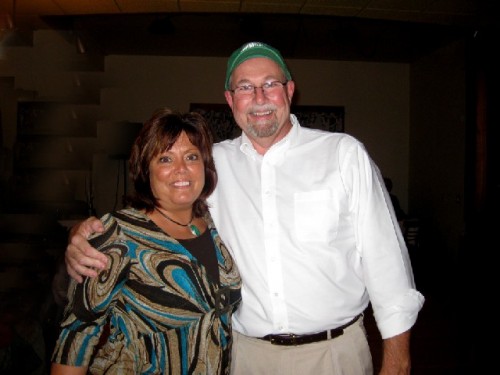 The day after the election Dick and Michelle Alcombright savored victory while taking time to celebrated their 20th wedding anniversary. 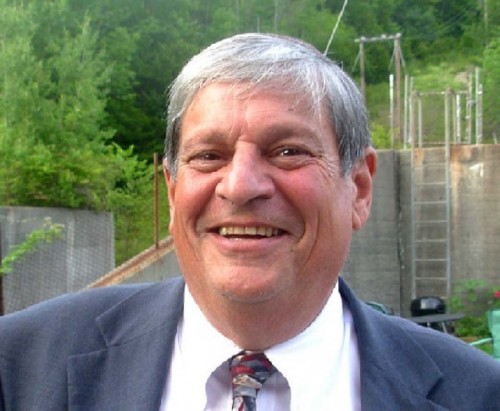 The Eagle coverage was more about the Last Hurrah and Barrett’s lamented defeat than a report on Alcombright’s unanticipated win.

The region's papers of record, the Berkshire Eagle and North Adams Transcript were dead wrong in their support of incumbent, North Adams Mayor John Barrett and underplaying the ground swell of popular support that swept Dick Alcombright into office.

It is difficult to grasp how their reporters and editors could be so far off the mark in taking the pulse of this fascinating and closely watched election. One notion was that their loyalty to Barrett, at 26 years the Commonwealth's Dean of Mayors, took priority over any inclination to give hope or credibility to a relatively unknown opponent.

For journalists, Barrett is a household name, a reliable, colorful, old time pol who is always there for a good quote. He sells newspapers. Until now Alcombright does not.

Another take on this egregious lapse and journalistic miscue is that the Eagle and Transcript  editors are so over the hill, their reporters so understaffed and fatigued with all the cutbacks,  that they just lacked the stamina and passion to pound the pavement in pursuit of what was building as a major upset.

It is also possible that sanguine and dedicated reporters, who have an acute sense of what is evolving in their community, were simple overruled, shackled, and silenced by senior editors with agendas and attitudes.

This was certainly true at the Transcript under editor, Glen Drohan, who is widely identified as a known associate and supporter of Barrett. Through Drohan, Barrett has long been able to control the local media and manipulate public opinion.

During this campaign, for example, the Transcript's coverage of  Alcombright was conspicuously underwhelming. Including failing  adequately to report the last minute endorsement of Martha Coakley, the State's Attorney General, and candidate for the vacant Senate Seat. She has roots in North Adams and phone calls were made with her automated message to local voters.

The lapses of coverage on the part of print media opened the door for more aggressive approaches by on line sites. Tammy Daniels did a bang up job of getting out and about for iBerkshires. She is a true news person and former Transcript editor. Other than Tammy there is little support staff at iBerkshires, not like the depleted, but larger news rooms at the Eagle and Transcript. Like an Energizer Bunny, Daniels  managed to be everywhere.

Ditto for Jennifer Huberdeau who worked her tail off for the Transcript. Both Tammy and Jennifer had superb coverage with next day reports on the official debates between Alcombright and  Barrett. Arguably,  Huberdeau was reined in from doing that extra coverage of the Alcombright campaign or any real investigative reporting.

When there was a nasty rumor circulating that Alcombright was fed the questions prior to the first debate there were no phone calls made by Eagle and Transcript reporters and editors. They failed to confirm or deny such an important allegation. When Marie Harpin, recently reelected to the North Adams City Council, and a long term Barrett supporter, stated that rumor to my face I made the  calls for Berkshire Fine Arts. Including next day calls to both Harpin and Barrett for their comments. Neither of them returned my calls. In journalism this is generally taken to stand for Nolo Contendere. When we reported that the rumor was absolutely false there was no challenge or follow up in the print media of our coverage.

The story was an important signifier of the hardball Barrett campaign and its ad hominem attacks on Alcombright, a good guy, who ran a decent and fair campaign. Despite the taunting and attacks by Barrett, during the first debate, Alcombright stood his ground and was never rattled. It was precisely the moment when the tide turned and the momentum of the campaign favored Alcombright.

Now that Alcombright has achieved a stunning victory it is fascinating to note the responses of the Transcript and Eagle both of which were clearly blind sided.

Much to the credit of Drohan and the Transcript, today, there was a superb, fair and insightful editorial . What a breath of fresh air. Let us hope that this is a step forward that will be sustained as Alcombright initiates his vision for the city. Everyone knows that it will be a real struggle. The editorial coveys the tone of sincerely putting old grudges aside and getting behind a new administration. Since 58.5% of the votes were cast for Alcombright, and most of them by younger readers and those notorious artists, Drohan is correct in seeking a new strategy for the struggling Transcript.

The post election approach of the Eagle, however, is curioser and curioser. Under the headline "The Post Barrett Era" there are seven paragraphs in the Eagle Editorial. The first four praise and eulogize Barrett. Hey, we all know he did a lot for the city in the past 26 years. Do we need to be reminded yet again? It is only in the final three graphs that Alcombright is damned with faint praise. The Eagle seems more concerned with covering its tracks following a blind sided endorsement and skewed coverage than moving on with a fresh face and new energy.

In its The Berkshires section the Eagle posted two stories giving Alcombright the top spot but Barrett was accorded equal time below. In a story by Jennifer Huberdeau, which was also carried in the Transcript, the headline reads "Question: What Now?" with a sub head "Alcombright ready to put his personal stamp on job." She did an at home interview, the day after the election, which was also the occasion of the Alcombright's 20th Anniversary.

With hugs and kisses the Eagle gave Barrett a heck of a send off. When they dry their eyes all of the above mentioned individuals will be making phone calls to congratulate and pledging to work with Dick Alcombright.

Significantly, there were no calls to Alcombright's supporters. Where was the quote from Martha Coakley among others?  The all important influence of the arts community and its impact on the election was swept under the table.

We remind the Eagle and Transcript that the times they are a changing. Move it or lose it.