ART to Stage Porgy and Bess 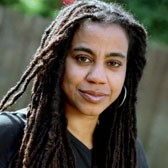 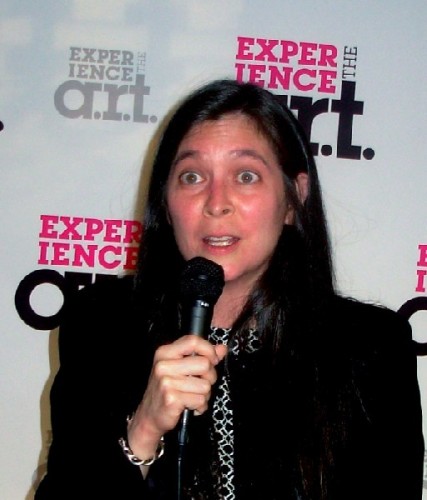 Diane Paulus is artistic director of the American Repertory Theatre. 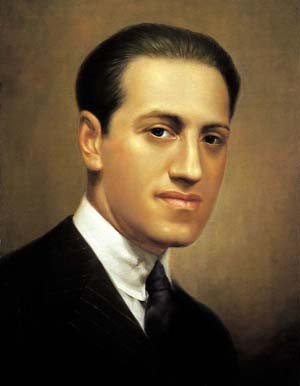 The Gershwin estate has approved of this special project to be staged at A.R.T. in September of 2011.

Spokespersons from the Gershwin family remarked, “The fusion of musical styles in Porgy and Bess is distinctly American. It has had, and continues to have, a successful life in opera houses around the world yet it contains some of America’s most beloved jazz and popular standards. The Gershwin family and the Heyward trustees are thrilled that the American Repertory Theater will be premiering a re-imagination of Porgy and Bess for a whole new generation of theatergoers. We cannot wait to see the results of Diane Paulus’, Suzan-Lori Parks’, and Diedre Murray’s collaboration as they venture forth from the original. We believe audiences will fall in love with their vision of this masterwork for the 21st century.” In a meeting with the creative team, Diane Paulus commented, “The Gershwin and Heyward estates have given us the charge to create a version of Porgy and Bess that will have a unique identity as a musical. I am delighted to be working with Suzan-Lori Parks on making the characters in the story more fully realized. With one of the most incredible scores ever written, we want to bring Porgy and Bess to life on the musical stage in a way that feels essential, immediate, and passionate." Suzan-Lori Parks added, “I am thrilled to be part of the wonderful team working on Porgy and Bess. Our approach is fresh and respectful; we're working to retain all the best-loved elements of the original while crafting a piece that speaks to contemporary audiences.”

Diedre Murray said, “We want to move the story of Porgy and Bess forward on its continuum, re-envisioning it for a modern perspective. We will acknowledge the timelessness of this masterpiece, and stay true to its original spirit while illuminating this work and exploring it in a new way.”
Porgy and Bess first premiered at the Colonial Theatre in Boston on September 30, 1935, with a libretto by DuBose and Dorothy Heyward based on DuBose’s novel Porgy, and their play of the same name. Broadway performances followed featuring a cast of classically trained African-American singers — a daring and visionary artistic choice at the time.

Tickets for this production will be made available as part of the American Repertory Theater subscription series and A.R.T. members and subscribers will receive priority access to tickets. Subscriptions and memberships for the 2011-2012 season will be available for sale during the spring of 2011 at www.americanrepertorytheater.org

ABOUT THE CREATIVE TEAM

Diedre Murray is a Pulitzer Prize finalist, two-time Obie Winner and master musician. An innovative composer, cellist, producer and curator, her credits include Unending Pain, co-presented by the Performance Garage and the Whitney Museum of American Art; Lets Go Down to the River, for the Willasau Jazz Festival in Switzerland; The Eves of Nhor, for National Dutch Radio and De Effenaar Festival in Eindhoven Holland; Five Minute Tango, for the inaugural concert at the Danny Kaye/Sylvia Fine Playhouse, performed by the Manhattan Brass Quintet; You Don't Miss the Water, a music-theatre piece, in collaboration with noted poet Cornelius Eady, produced by the Music-Theatre Group (MTG); Women In The Dunes, a dance piece created by Blondel Cummings for the Japan Society; the jazz-opera Running Man, for which she wrote the original story, score, and book with Cornelius Eady, won two Obie Awards, and was named a finalist for the 1999 Pulitzer Prize for Drama; music arrangements for Eli's Coming for which she won an Obie Award; The Blackamour Angel, a cabaret opera written by Carl Hancock Rux; an adaptation by Diane Paulus of James Baldwin’s Another Country; The Voice Within co-written with Marcus Gardley, and produced by Harlem Stage and the Apollo Theatre; and Best of Both Worlds with writer Randy Weiner, directed by Diane Paulus, featured in the Shakespeare Exploded! festival at the A.R.T. in 2009.

Suzan-Lori Parks is one of the most exciting and acclaimed playwrights in American drama today. She was named one of TIME magazine’s “100 Innovators for the Next New Wave,” and is the first African-American woman to receive the Pulitzer Prize in Drama for the Broadway hit Topdog/Underdog. Other plays include In the Blood (2000 Pulitzer Prize finalist), Venus (1996 Obie Award), The Death of the Last Black Man in the Whole Entire World, Fucking A, Imperceptible Mutabilities in the Third Kingdom (1990 Obie Award for Best New American Play), and The America Play (produced at the A.R.T. in 1994). Her Ray Charles musical, Unchain My Heart is scheduled to premiere on Broadway in the spring of 2011. Her screenplays include Girl 6 for Spike Lee and her adaptation of Zora Neale Hurston’s classic novel Their Eyes Were Watching God for ABC’s “Oprah Winfrey Presents”. In 2007 her project 365 Plays/365 Days was produced in over 700 theaters worldwide, creating one of the largest grassroots collaborations in theater history. Her first novel, Getting Mother's Body , was published by Random House in 2003. She is a MacArthur “Genius” Award recipient, and has been awarded grants from numerous organizations including the National Endowment for the Arts, the Rockefeller Foundation, the Ford Foundation, the New York State Council on the Arts and the New York Foundation for the Arts, and a Guggenheim Foundation Grant. She has received a Lila-Wallace Reader's Digest Award and a CalArts/Alpert Award in the Arts (Drama). Suzan-Lori Parks is an alumnae of New Dramatists and her work is the subject of the PBS Film The Topdog Diaries.

Diane Paulus is the Artistic Director of the American Repertory Theater, where she helmed The Donkey Show, Best of Both Worlds, and Johnny Baseball in her inaugural season. Her recent theater credits include The Public Theater's revival of Hair on Broadway (2009 Tony Award winner for Best Revival of a Musical, nominated for 8 Tony Awards including Best Director, as well as winner of a Drama Desk Award, Outer Critics Circle Award and Drama League Award for Best Revival of a Musical), London’s West End and national tour. Her other recent work includes Kiss Me, Kate (Glimmerglass Opera) and Lost Highway (ENO co-production with the Young Vic.) Opera credits include Il Mondo Della Luna (Gotham Chamber Opera at the Hayden Planetarium), Don Giovanni, Le nozze di Figaro, Turn Of The Screw, Cosi fan tutte; and Il ritorno d’Ulisse in patria, L’incoronazione di Poppea, and Orfeo at the Chicago Opera Theater. Diane is a Part-Time Professor of the Practice in the Harvard University faculty of Arts and Sciences’ Department of English. Her upcoming work at the A.R.T. includes Prometheus Bound and Death and The Powers: The Robots’ Opera.