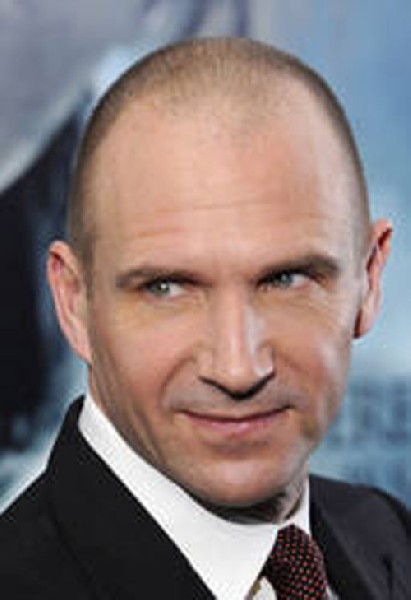 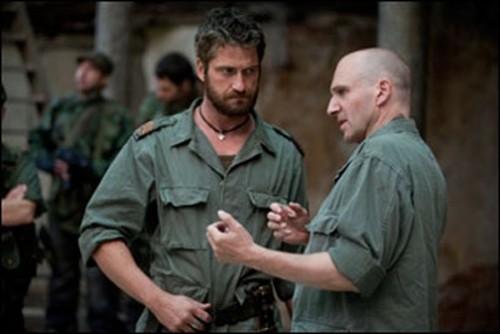 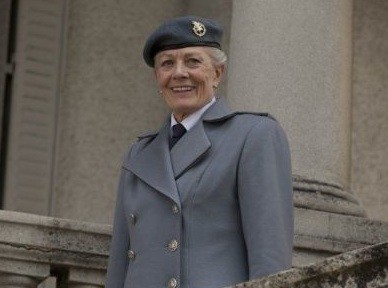 Vanessa Redgrave as a mother whose tough love brings her son down.

Coriolanus has its US debut in January, 2012, but we attended a screening in New York at which director and star, Ralph Fiennes, spoke on November 2.  Fiennes performed the role of Coriolanus 11 years ago at Brooklyn Academy of Music and has been obsessed with the role ever since. He sensed it could be brought front and forward into the present, as much of Shakespeare can be, Shakespeare that master of the human soul.

Street riots were familiar to Shakespeare.  In Northamptonshire, Leicstershire and Warwickshire citizens complained: "Our misery is as an inventory to particularize their abundance."  Shakespeare and Fiennes collapse the two citizen rebellions in Plutarch, one against usury and the other against the dearth of grain, into one, like Occupy Wall Street.

Based primarily on Plutarch, Shakespeare created a war hero who feels he deserves the role of consul, but will not appease the public.  Driven from Rome and his family at the height of powers, he seeks revenge by joining the enemy, as though Mrs. Clinton had joined forces with Osama bin Laden after she lost her presidential bid.

Working with screenwriter John Logan, Fiennes cut and shaped the story.  The language is all Shakespeare's.  Fiennes hoped not to dumb it down in performance, but rather to feel its immediacy.  In large part he succeeds, but both he and Vanessa Redgrave, in a brilliant turn as his mother Volumnia, can not leave their elegant stage training entirely behind.

Fiennes picked as his cinematographer Barry Ackroyd who shot The Hurt Locker.  Ackroyd does what he does best, getting into the center of battle scenes so you are there.  Gerard Butler, a favorite of the under 21 male set who will love this film, is splendid as Coriolanus' arch enemy Aufidius.

But don't mistake me. This is a very grown up, very contemporary film about a man who is emotionally detached and still a brilliant warrior. Or perhaps our leaders are required to be emotionally detached, or in the case in our current president, full of professorial condescension, in order to rule.

Coriolanus is a stunning directorial debut for Fiennes.