Yet Another Guys and Dolls 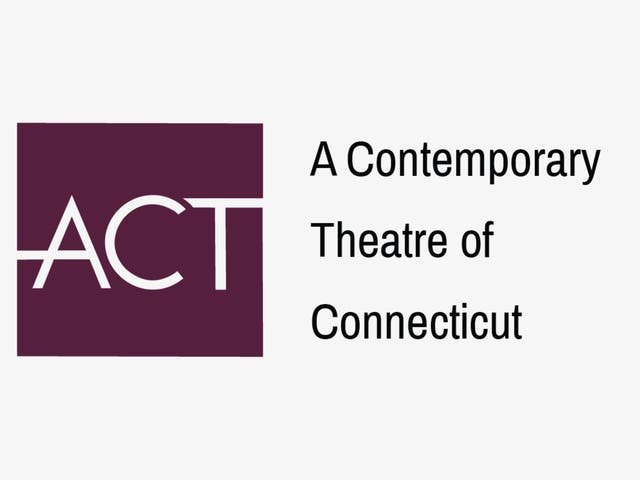 Guys and Dolls – the classic musical about the gamblers, showgirls and evangelists around Broadway in the 1940s-50s features terrific music by Frank Loesser.

You know many of the songs from the romantic “I’ve Never Been in Love Before” and “I’ll Know” to the beautiful ballad “My Time of Day” and the rousing “Luck Be a Lady “ and “Sit Down You’re Rockin’ the Boat.”

Within three months Connecticut theatergoers have seen two excellent productions. In the summer it was produced at Sharon Playhouse. Now ACT-CT in Ridgefield has opened its season with another fine production which runs through Sunday, Nov. 20.

Each is well cast, well sung and well directed.

Though neither was perfect, the flaws were minor enough as to be ignored.

Daniel C. Levine, the artistic director and director of the show has felt it necessary to put an introduction to the musical. Was it necessary? Did it add anything? NO. In fact, it felt forced. Instead of letting us plunge into the Broadway world, he has framed photos of a woman – young and old – on the stage. A young woman comes on, opens what appears to be a box of memorabilia, looks at it and then the show starts.

Who is she? Who is the woman in the photos? We are supposed to assume that she is the daughter or granddaughter of one of the leading ladies.

In an effort to be “original” or to “update” the show, Levine has instead just added something both confusing and forced when the box shows up at the end of the show.

But so much is good about this show that it is a minor complaint.

Do you remember the story? We have Nathan Detroit who runs a floating crap game and his “tired of waiting” fiancé Miss Adelaide, who is the star at the Hot Box café. Then there is the high roller Sky Masterson and the head of the local mission Sarah Brown. Surround them with other staff at the mission (think Salvation Army), the girls at the Hot Box club, a variety of gamblers and a detective hot on their tails and you have the makings of a delicious show.

Phil Sloves and Donna Vivino are Nathan Detroit and Miss Adelaide. While their NYC accents seem to come and go, they embody their characters – the long-suffering fiancé (14 years) who is tired of waiting – and the gambler always looking to set up a game. Vivino is very good in the Hot Box numbers – “A Bushell and a Peck” and “Take Back Your Mink” but “Adelaide’s Lament” did not land as strongly as it could have.

Matt Faucher as Sky Masterson was the standout among the four though Katherine Riddle was fine as Sarah Brown. Both she and Faucher shared a chemistry that made the unlikely pairing seem real. If Riddle was a little “over the top” in the Havana scene, she was vocally terrific in “I’ll Know” and her other numbers.

Faucher perfectly captured the self-assured Sky. His rendition of the often forgotten “My Time of Day” was outstanding.

Another standout in the cast was Izzy Figueroa as Nicely-Nicely Johnson – whose “Sit Down, You’re Rockin’ the Boat” energized the last scenes.

The musical direction by Nick Wilders and the eleven-piece ensemble gave the show the jazzy ‘40s feel it needed.

I continue to wish that the sound designers (here Don Hanna) did not feel the need to blast the sound.

Overall Levine as director and Sara Brians as choreographer did a fine job.

Enjoy the end of the fall with a trip to Ridgefield to see this production. You will enjoy it.