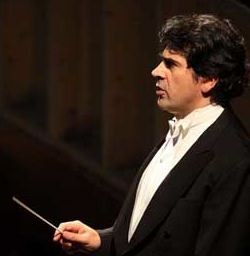 Alberto Veronesi, a masterful conductor of the Opera Orchestra of New York. 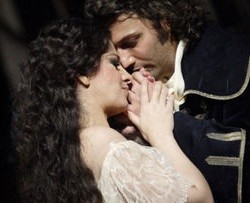 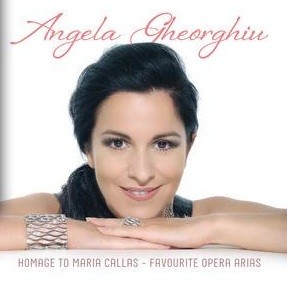 Gheorghiu is a singer with the appeal of Callas. A beautiful voice full of feeling and drama. A true diva.

Ambrogio Maestri, a singer to watch. Next up stateside as Falstaff. 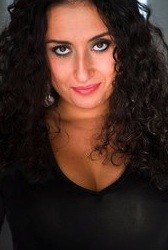 Adriana Lecouvreur
By Francesco Cilea
Based on a play by Eugene Scribve and Ernest Legouve
Opera Orchestra of New York
Carnegie Hall
November 8, 2011

It takes a lot to create a standout evening at Carnegie Hall, because so many Carnegie musical evenings stand out. When the Opera Orchestra of New York arrived last night, however, we were in the presence of a night sky full of stars, the orchestra, the New York Choral Ensemble.  Then comets, Anita Rachvelishvili, Jonas Kaufmann, and a new voice for New York and a performer of exceptional talent, Ambrogio Maestri.  To top the evening off, a shooting star, one of the few great divas singing today, Angela Gheorghiu.

Cilea’s Adriana Lecouvreur, whose improbable and confusing plot is often noted, has beautiful music that more than makes up for over-threading the plot needle.  Cilea rivaled his contemporary Puccini as a master of melody.  His orchestration is subtle and yet full of drama.

The choice of Alberto Veronesi to succeed Eve Queler as conductor is fortuitous.  He holds the orchestra in his hands, and, as he sings every note himself, the singers hold him in theirs.  A particularly happy confluence for the audience, as Veronesi kept up the constant dramatic urgency of the score while bringing out the singers.

Balancing the big, firm voice of Maestri with Gheorghiu’s lush but smaller one, the pianissmos of Kaufmann’s top, and the range of Rachvelishvili, who is huge in the chest voice and less secure on top, is a challenge.  Veronesi negotiated the ranges and textures with seeming ease and produced exceptional music.

Gheorghiu was in top form, ever seductive, bringing character to her arias and recitatives mostly through the voice in the concert performance.  She added gesture and movement whenever she could. Her opening ‘poveri fiore’ helped us understand why Georg Solti left the rehearsal weeping after he first heard Gheorghiu.  She is touching even as she displays glamour and haughty allure.

Dressed a la Callas in the first two acts, her most recent recording Homage to Maria Callas (EMI Classics) suggests comparisons that are well-deserved.  In the third Act she was swathed in white chiffon with a rhinestone belt, and looked ready for her ultimate ascent to heaven after she sniffs the famous poisoned violets.  On her ring finger she sported a rock that sparkled throughout the hall, a sign that things are going well in The Marriage.  She looked thrilled to be stateside and it is a shame that we can not hear more of her at Carnegie and eight blocks north.  Her ‘ecco il monologo’ from Racine’s Phedre brought down the house.

Anita Rachvelishvili, who has caused a sensation as Carmen, showed us why.  Her lower range is huge and bold, although her top is less secure.  As the Princess also in love with Maurizio, she and Gheorghiu have a sizzling cat fat, rivaling Anne Bancroft and Shirley MacLaine’s in The Turning Point.

Kaufmann sings a dashing Maurizio, loved by women and the object of the hissy fits.  His firm and handsome tone touches.  Some of his dynamic choices at the top suggest that this may not be the most comfortable range for him, but from the moment he dashes in singing ‘la dolcissima effige,’ we are captive to his charm.

For the audience, the surprise of the evening was Ambrogio Maestri, whose career has skyrockted in Europe.  He is expected at the Met Opera as Falstaff in the hopefully not to distant future.  Maestri was completely comfortable on stage, his voice is large and consistent from top to bottom, his textual reading spot on.  His voice is ambrosia as the wafts of violets poison the actress for whom he admits at least fatherly love.

The real Adriana Lecouveur was the first actress to be accepted in society, but courtesan and actress still had perilously similar job descriptions.  When the real Adriana died of gastric disorders (certainly death by violets seems preferable) she was not allowed burial by the Catholic Church.  Her friend Voltaire stepped in to deliver a eulogy.

The Opera Orchestra of New York’s performance of the opera based on Adriana’s life keeps her name very much in the present.  The delicious take on her character by the brilliant Gheorghiu honors her, and other great divas.  A very special evening.