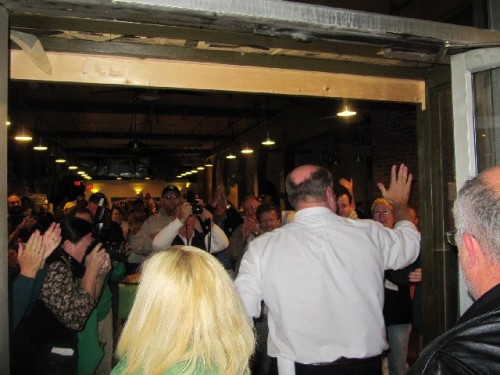 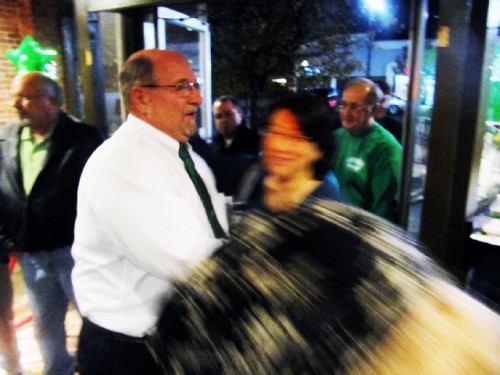 A blur of well wishers. 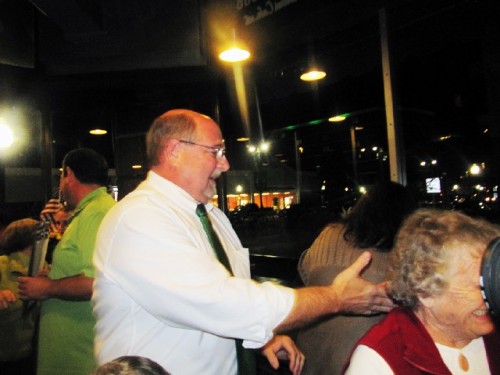 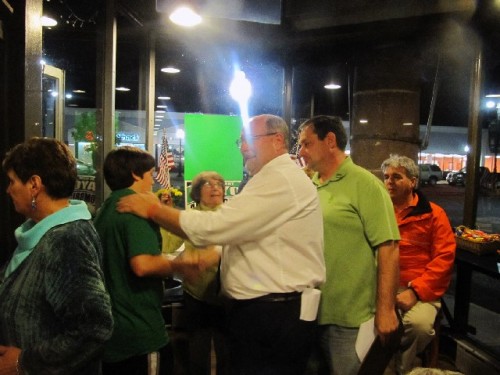 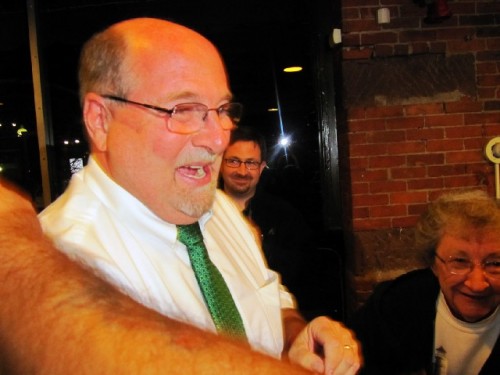 A good word for everyone. 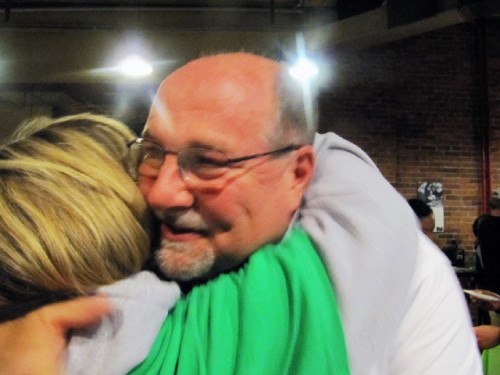 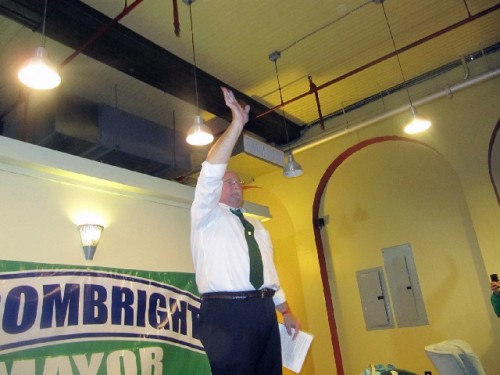 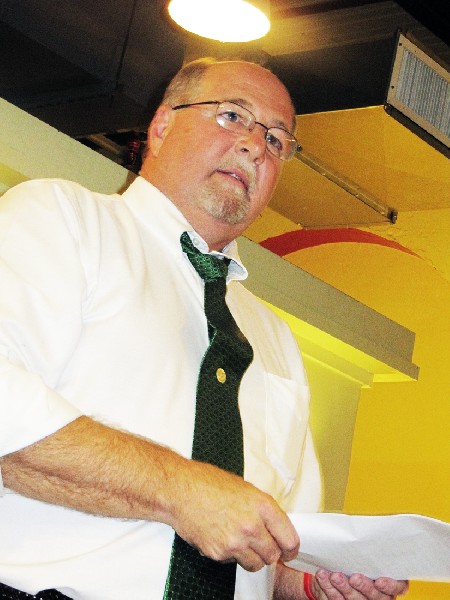 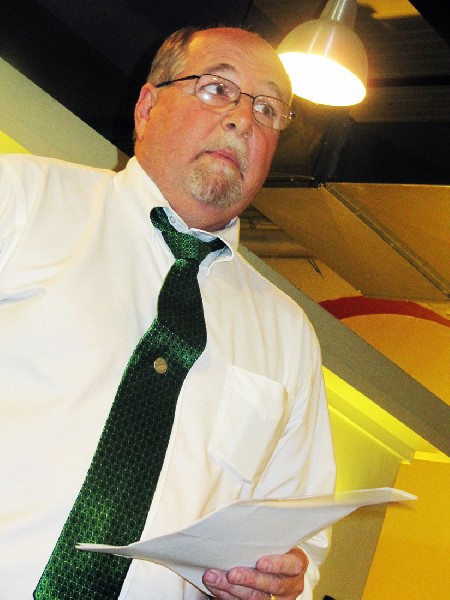 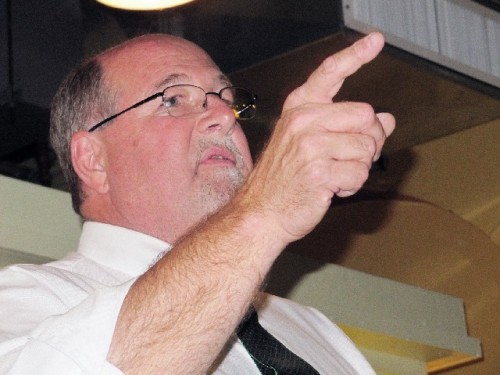 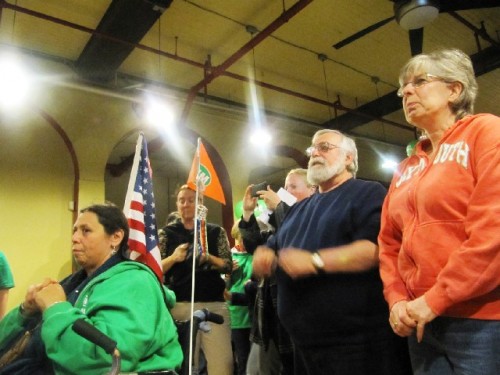 Listening to his remarks. 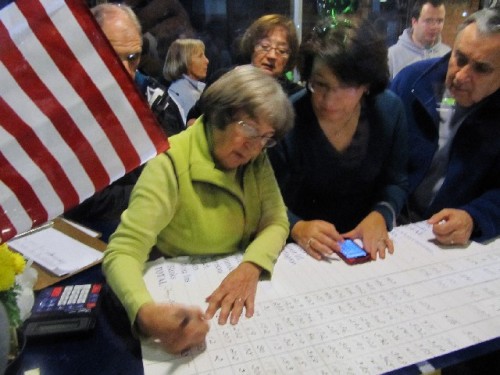 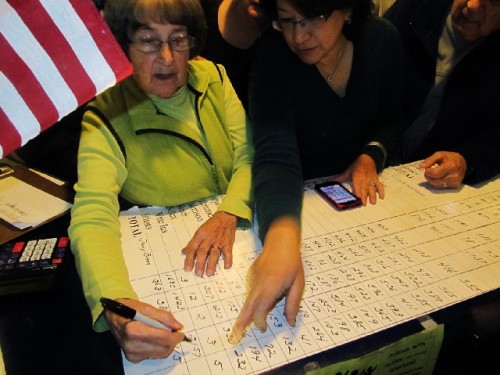 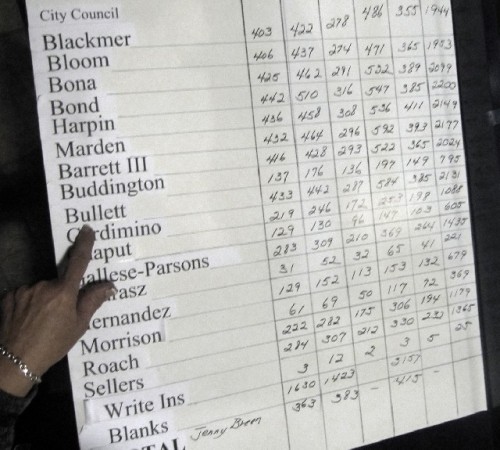 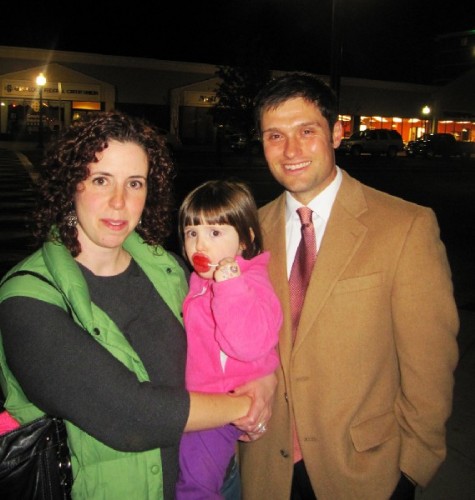 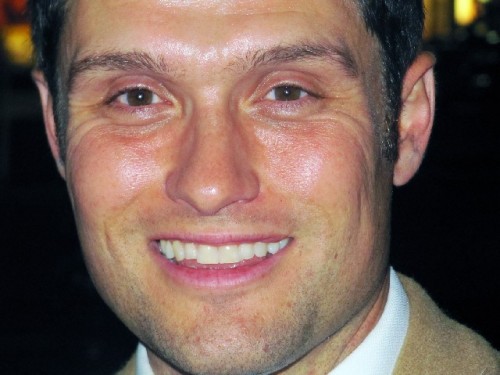 One to watch in future elections. 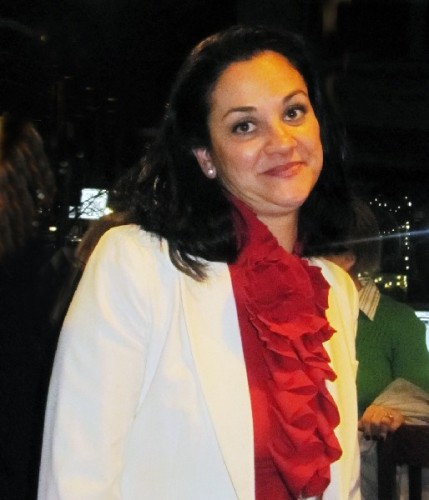 Jennifer Breen Kirsch won the ninth and final seat on the Council.

That’s absurd if you think about it.

There is a first year to try to get things done. Then at the start of the second year in office the incumbent has to campaign in addition to daunting administrative responsibilities.

The political leadership of North Adams is of particular significance to Berkshire Fine Arts because of its unique implications for the arts and education. The city is home to Mass MoCA, a destination for contemporary art and performance, as well as the Mass College of Liberal Arts (MCLA). The city is a neighbor of Williamstown with its renowned college, Clark Art Institute, The Williams College Museum of Art, Williamstown Theatre Festival, and Williamstown Film Festival.

A critical mass of arts and education has made the affordable lofts and housing of North Adams attractive to a growing community of artists, entrepreneurs, and educators. In recent decades there has been a dramatic change in the local economy from industry to arts and education.

It is essential for the creative community that there is a Mayor who endorses and works with that mandate. On Alcombright’s watch there have been strengthened and productive ties with both Mass MoCA and MCLA. The Solid Sound Festival organized by Wilco, coming into its third season at Mass MoCA, is an indicator of a collaborative city wide initiative.

There has been a slow and steady process to make the point that arts and culture put bread and butter on the table. Particularly during hard times in the perennially depressed Northern Berkshire County.

In 2009 Alcombright fought a tough campaign against long term incumbent John Barrett, III. The former mayor had a policy of keeping taxes and utility bills artificially low. Over almost three decades that eroded schools and infrastructure. In inheriting that legacy Alcombright was faced with difficult and unpopular decisions. Particularly, after not prevailing in a Proposition 2 ½ override. That meant cutting into flesh and bone for vital services and popular programs.

There was both euphoria as well as endemic melancholy in 2009 when Alcombright defeated Barrett 3,046 votes to 2,166 with a percentage of 58% of registered voters participating.

Barrett was bitter in defeat as were his constituents. He implied that it was an ungrateful combination of newcomers and artists who had turned against him. There was also relief among Alcombright supporters who stuck their necks out and feared reprisals. During a long run in office there were anecdotes regarding Barrett’s abrasive and vindictive administrative style.

There was talk that he was itching for a rematch. As well as an often heard mantra that Alcombright was at best a one term mayor.

Barrett opted not to challenge Alcombright head to head.  Instead he initiated the curious strategy of running for City Council. He received endorsements from the North Adams Transcript and the Berkshire Eagle which endorsed his race against Alcombright. Those publications appear to have lingering ties to Barrett, built up over many years, and were relatively slow to warm up to Alcombright.

The media endorsements recognize Barrett’s experience and a stated commitment to help the city. While out of office he was a paid consultant to the City of Pittsfield. Because of the fiscal crisis the City Councilors of North Adams voted to eliminate their modest stipends.

Barrett received 2,024 votes to place sixth overall in election results. It is interesting that the final tally is remarkably close to the 2,166 votes for Mayor he received in 2009. The figures provide an accurate quantification of his political base.

Whether Barrett is a positive force on the City Council, or a road block for Alcombright, remains to be seen.

A disruptive individual at Council meetings has been Robert Cardimino.  He received 1,088 votes in his run for Council. His prior run also failed to elicit strong support. But he was an effective force in the movment to defeat Alcombright's efforts to override Proposition 2 1/2 In an exchange with him, during the 2009 Mayoral debates, he told me that artists and newcomers in the city were “Carpetbaggers.” He made a similar remark to me yesterday while glad handing individuals headed for the polls. Having fallen short of a seat Cardimino told reporters that he would no longer attend Council meetings.

Cardimino has also been depicted in media coverage as the staunchest supporter of Ron Boucher who unsuccessfully ran against Alcombright. Boucher is leaving the Council after twelve years.

In their election night remarks both Alcombright and Boucher expressed mutual respect and friendship over many years. They campaigned on the issues in what some predicted would be a tight contest.

The less contentious campaign this time resulted in a respectable but smaller turn out. Unseasonably glorious weather was not a factor keeping people from voting. With 3,776 votes cast out of a possible 8,701 that’s 43%. It’s down from a more robust 58% in 2009.

Once again Alcombright comfortably won with 2,333 votes to Boucher’s 1,377. Considering that Barrett earned 2,024 votes for City Councilor he may indeed have given Alcombright a tough fight in a rematch. The Boucher/ Cardimino strategy was intended to appeal to Barrett’s base. The fact that Alcombright won handily is a potent signifier of  trust and support  through tough times.

Two candidates, who appeared on the ballot but were not actively seeking election also earned several hundred votes. Kellie Morrison received 369 votes, while James Gyurasz earned 221 votes. There were 7,831 blank votes (voters could cast votes for up to nine candidates) and 25 write-in votes.

With six incumbents winning seats on the Council there appears to be some continuity. Wild cards will be the absence of Boucher and the first term of Barrett on the Council. There appears to be considerable support for newcomer Bullett who placed fourth in the standings. The media has noted the bright promise of Jennifer Breen Kirsch, an attorney, who won the ninth and final seat.

It is significant that Gail Sellers, an artist in the Eclipse Mill who runs River Hill Pottery with her husband Phil, made a strong showing with her first venture into elected politics. Both she and Gregory Roach of Wild Oats in Williamstown, brought fresh energy and new ideas to the political dialogue.

Keep an eye on Catherine “Catt” Chaputa a twenty year old from MCLA who earned an impressive 605 votes. Perhaps she is getting a fast and early start on what might be a promising career in politics. She ran a feisty and inventive grass roots campaign. That earned her cred with young voters and would make her a valuable consultant and campaign worker for politicians seeking insights to the terra incognita of Twitter and Facebook.

In 2009 Keith Bona primarily focused on campaigning for Alcombright. He won the final seat on the Council on the equivalent of a coin toss. This time he landed in the middle of the pack in fifth place with 2,099 votes. That's 75 more votes than Barrett.

Another individual to watch is David Bond whose family goes back generations in North Adams. Bond owns a golf related business in North Adams.  He combines local roots with a fast take on the political and business pulse. His second time out he topped the field. Some see him as grooming for the corner office.

Bond’s long range plans will have to be adjusted, however, as Alcombright appears to be hunkered down for the long haul.