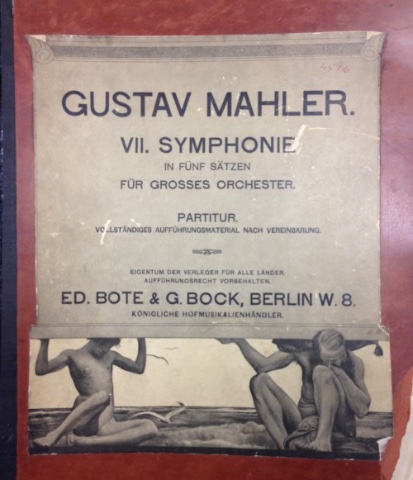 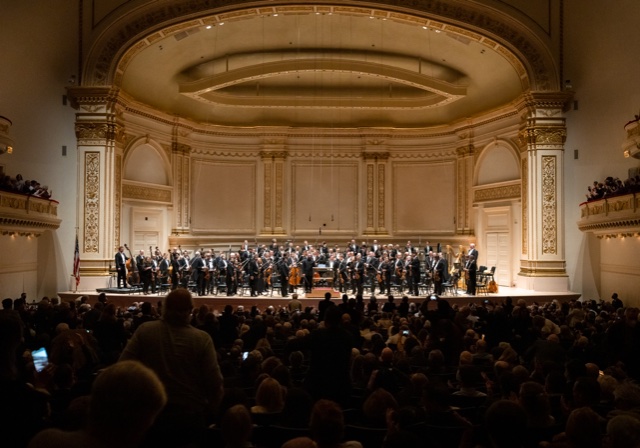 The Berlin Philharmonic at Carnegie Hall 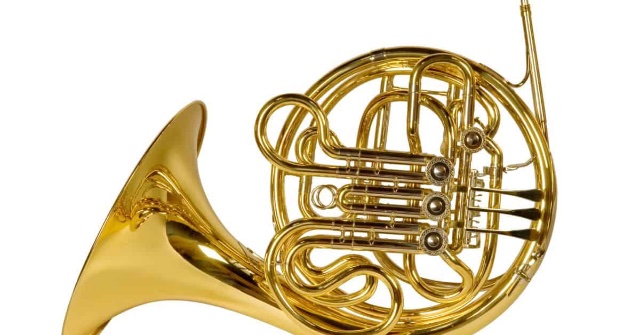 The tenor horn is a star

The Berlin Philharmonic, inarguably the greatest symphony orchestra in the world, came to New York to show us how much fun music can be.  Their showpiece example, the famously tormented Gustav Mahler.

Under the baton of their music director,  Kirill Petrenko, in a performance of Mahler’s 7th Symphony, the evening went from late night exuberance to the exuberance of dawn. The work has been called many things: enigmatic, a musical mess. Yet, the myriad of tempi taken with a rigorous beat and exceptional solo turns rounding every corner make a thrilling performance. And yes, fun.

It starts with a größer Ton! On the tenor horn, we hear the mellow tones of that conical instrument. Big tones washed over us in tuttis from an orchestra of over a hundred musicians.

Early in the first movement the violins reach a high F# (the highest F# on the piano). The trumpet horn player at the premiere is reported to have told Mahler:   "I'd just like to know what's beautiful about blowing away at a trumpet stopped up to high C?" Mahler had no answer for his use of the highest notes available, but later pointed out to his wife Alma that the man did not understand the agony of his own existence.

Agony is not the subject here. Instead, we find, as Arnold Schoenberg did, the crumbling of romanticism in the Symphony’s daring and sometimes disquieting modernism. Schoenberg’s own Chamber Symphony, completed a year after Mahler completed the Seventh Symphony, contains many themes built on the interval of the traditionally imperfect perfect fourth, which Mahler uses repeatedly in his work.

Midway through the performance a heretical thought crosses my mind.  When Mahler said his work was like Rembrandt's The Night Watchman, did he mean, not that this was a tone poem in colors, but rather put together like a painting. Seeing music in the mind's eye.  This is a symphony in chiaroscuro, the interplay or contrast of dissimilar qualities of mood or character, of dark and light, of the clear (chiaro) and the obscure (oscuro).

Mahler offers us the problematic nature of creating new sound worlds.  That’s the struggle. We are all part of it, here with a smile. This Symphony has great auditory appeal, perhaps because it is organized like a painting made to be listened to instead of seen.

Imperfection plays a part in creating a mood as well. Elongated phrases, exaggeration, and distortions follow each other and add a sense of the unexpected. This is not an aha work. Distortions remind us that being human is about being imperfect.

The conductor clearly had a good time and so did members of the Philharmonic. We don’t get this feeling often enough. The Berlin Philharmonic with Kirill Perenko is just the group to deliver it. We join with Schoenberg who wrote to Mahler after first hearing the symphony:  “It is a great treat.”