Gloucester Encounters: Essays on the Cultural History of the City from 1623-2023. 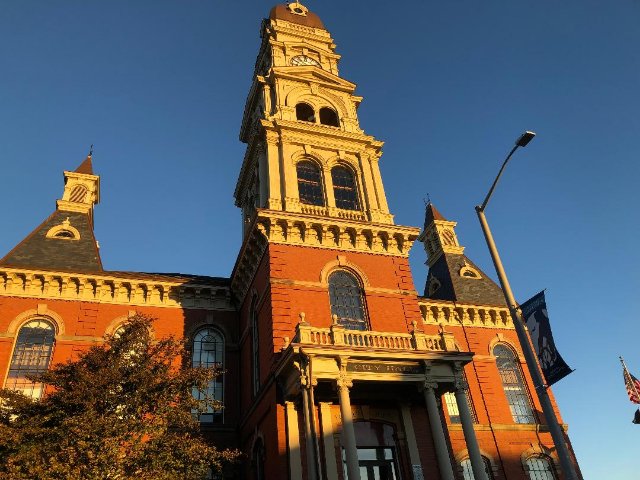 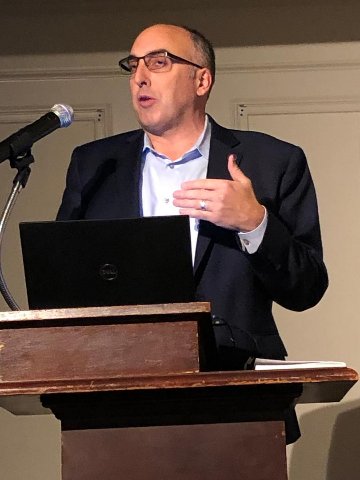 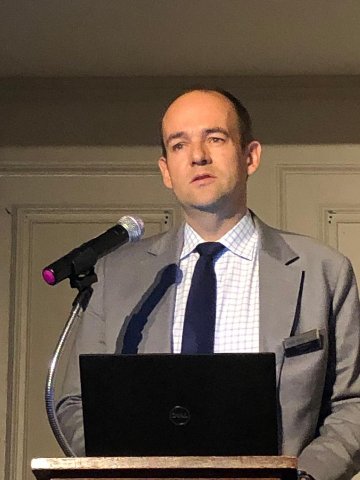 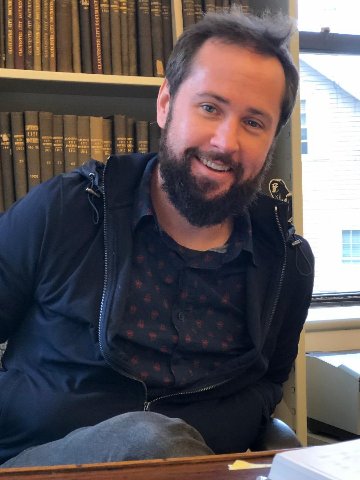 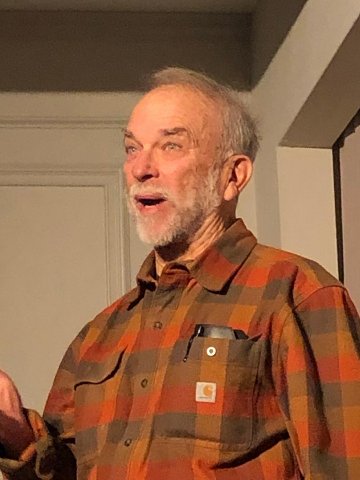 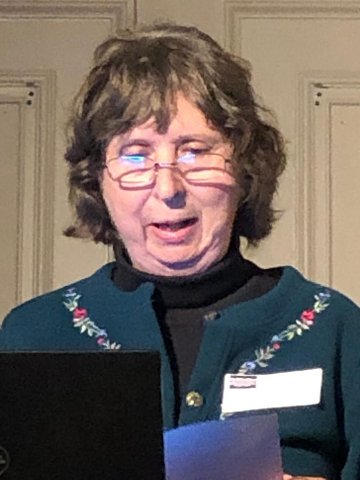 She spoke of her proud Finnish heritage. 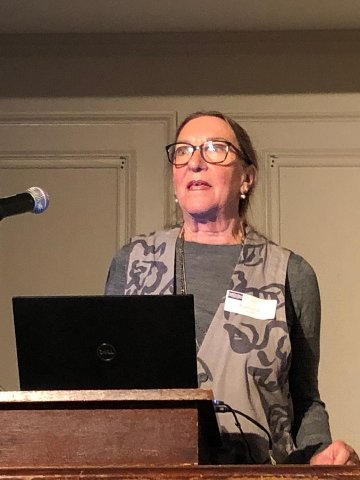 The women's group was founded fifty years ago. 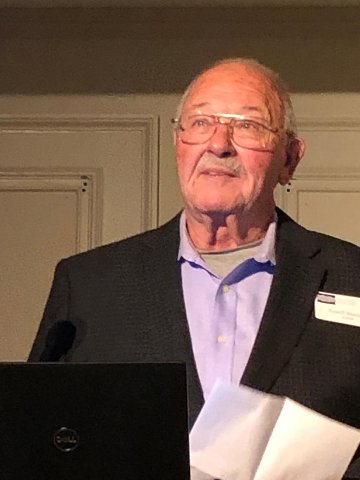 He set to sea as a teenager. 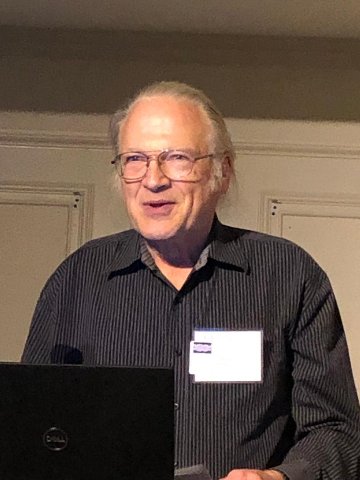 The Cape Ann Museum’s auditorium was packed for a Sunday afternoon book launch. Edited by Martin Ray, Gloucester Encounters: Essays on the Cultural History of the City from 1623-2023, is a compendium of 37 largely community based essays on aspects of Gloucester’s lifestyle, issues and concerns.

Holding up the book, Gloucester Mayor, Greg Verga, said that he hadn’t yet read it, having just received a copy, but planned perusing soon. He noted that the event was a prequel to the official launch of Gloucester 400th Plus in January. There will be a year of events noting the founding of the town and later city of Gloucester in 1623.

Samuel de Champlain, had visited earlier and named it Beauport. That persists as an upscale harbor hotel and an Eastern Point mansion. But the British settlers renamed the port Gloucester for their home in England.

Oliver Barker, director of the Cape Ann Museum invited the audience to return this summer for a special exhibition of some sixty works by Edward and Jo Hopper. They met in Gloucester in the 1920s. The exhibition includes loans from Whitney Museum of American Art and private collections.

As the scholarly essay by Susan Erony states the Hoppers were among generations of the foremost American artists who summered or settled in Gloucester.

After some soul searching the organizers of the 400th added Plus. As Barker noted the museum is sited on the land of the Pawtucket and other indigenous people. While acknowledging them there is little or no presence of these people in today’s multi-ethnic population.

Yet there is abundant archaeological evidence some of which has been collected by the museum. This is the occasion to tell that story with research and special exhibitions. Because of that complex heritage the 400th is being framed as an anniversary rather than a celebration. It was surely not a welcome migration for the people who occupied Cape Ann for the prior ten thousand years.

The museum’s archivist, Trenton Carls, spoke briefly but briskly about assisting the 37 authors with their research. A native of Illinois, Carls spoke of embracing Gloucester’s heritage. The resources at his command are vast. He has helped me search through a base of 15,000 images. There was a recent gift of a million images from the Gloucester Daily Times. As a Manship Resident we are here researching for a 2023 book Annisquam: Pip and Me Coming of Age which I am writing with my sister.

Martin Ray thanked the 37 contributors, editors and designers, as well as fund raisers who made the book possible. Many that he tapped for the project are publishing for the first time. That resulted in a grass roots overview for the unique and much valued publication.

As the Mayor phrased it soon to be required reading for every citizen.

We got a taste of that in readings by four of the writers.

A woman spoke of her proud Finnish heritage. They were stone cutters in the granite quarries and largely settled in Lanesville which is notable for its sculptors.

Another woman noted being a member of a women’s group which was founded a staggering 50 years ago.

A retired skipper recalled seeking work as a teenager. He shipped out and that became a career during an era when one could earn a good living in the then thriving fishing industry. After a few days at sea one could come home with several thousands in cash when the catch was settled. Lumpers got some $250 for unloading a day sailor and more for larger vessels.

Back in the day there were some fifty waterfront bars. Now there are perhaps fifteen.

When the Gloucester fleet transformed from schooners to diesel vessels many warehouses and sail lofts lay vacant. They became affordable spaces and studios for East Gloucester artists. Now, of course, the waterfront is all gone condo.

There was also discussion of the grand waterfront boulevard. And how sculpture was sited starting with Jeanne d’Arc by Anna Hyatt. Better known to locals as Joanie on a Pony. There is that panoramic sweep from Gloucester harbor to Stage Fort Park. It’s where early settlers dried cod to ship to Europe.

Along the boulevard there is also the infernal cut bridge. As writer Kathleen Williams told us at Gloucester Writers Center there are a zillion reasons why things go wrong “Because the bridge is up.”