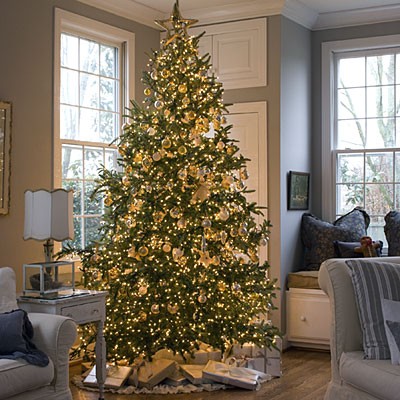 Putting up the tree could be quite an ordeal.

What about that doesn’t sound right.

It’s the day after Thanksgiving and the start of Christmas Shopping.

You can’t even say that anymore.

Someone who doesn’t believe in Santa Claus will get offended.

Cripes where’s the fun in that.

When I was a kid Christmas was a big deal.

It started with Thanksgiving. A family gathering with a huge turkey.

Way back we had holidays at 88 Gardner Street in Allston.

My granddad carved the bird.

Or passed the knife to Doc, my dad.

Grandma put a dish towel over the turkey when it baked.

That seemed like a waste of a perfectly good towel.

Later we celebrated at our house 1760 Beacon Street in Brookline.

There were only a few other catholics and we all bussed to Mt. Alvernia Academy.

Our house was a blaze of light while all of Brookline remained dark as a dungeon.

It was a lot of work to set up everything.

One of Mom’s patients made us a great manger. It was amazing with hills and a sky. Fake grass and sand we saved every year. With a light for baby Jesus and the shepherds and Three Wise Men.

In Dad’s Cadillac we drove up Route Nine to buy the tree.

This always entailed great discussion to find the fullest possible tree. It got tied to the top of the car.

Back home it never fit.

Dad was a great surgeon but not much of a handy man.

He hacked away at the top of the tree with a kitchen knife.

Then kindah carved the stump to jam into the tree holder.

It was a ton of work.

Once the tree was up that ended his official duties.

From the couch he would puff on a cigar and give orders.

All the ornaments were dragged down from the attic.

First you string the lights. They didn’t always work. That was a major hassle.

My sister Jo would inventively put little pieces of icicles, they were strands of lead, into the sockets and then plug them in. There was a zap. Could have burned the house down. But it worked as solder and the lights came on. I so admired my big sis for that.

Next you draped the garlands and then came the balls each with its own hook. Some were real old. Antiques.

You were supposed to drape the tinsel strand by strand. I just took a fist full and chucked it at the tree. That always got me a scolding.

The last task was putting the candle lights in all the windows. They came packed in their own boxes all fragile and elegant.

Every day there was a box at the bottom of the Herald Traveler stating how many more shopping days till Christmas.

Not having much of an allowance that got tricky.

I found a nice rock in the alley and painted Santa on it. Wrapped it up real good and gave it to mom as a “door stop.” She said it was her favorite present and saved it for years.

When Pip came along, thirteen years after me, I used to buy her wind up toys from the Five and Ten at Coolidge Corner. They had lots of great stuff cheap.

Playing with her I ran one over her head. Her hair got caught and I panicked. I just yanked it and a hunk of hair came with it.

I begged her not to tell.

But she took off like a rocket and I got into wicked trouble.

I was real sorry about that bald spot but it grew back in.

The big exciting thing was visiting the then new Chestnut Hill Mall.

There were all kinds of stores, just like downtown, but all in one place.

With a huge parking lot.

Sometimes we couldn’t find the car.

At least not right away.

My artist friend Harry thinks that one day all the malls in America will connect. You can drive from the Atlantic to the Pacific through the parking lots.

Dad only had time to shop one night a year while Mom started Christmas shopping in July.

When I was a kid Santa gave me sleds and magic sets and cap pistols.

Then as I got older, clothes. Boring.

My sister loved getting clothes. She had hundreds of pairs of shoes.

Up till when I got married in my 50s I never bought socks or underwear. Mom always gave me that stuff for Christmas and my birthday.

I told that to my students once and the class chipped in to get me socks and underwear.

It was funny but so embarrassing.

That one night a year Dad bought mom a wonderful ostrich leather purse. Jo and I helped to pick it out.  Another year a diamond ring for what he forgot when they were engaged. It was huge.

Dad kind of had to pay off the doctors who brought him patients. He called them “feeders.” There was a lot of cash going round under the table.

Christmas morning Dad and I drove to his hospital to pick up the turkey and pies.

On the way home he took the long way around. We kept pulling up in front of houses.

In the back seat he had gift boxes of booze done up fancy with a ribbon and stuff. You could buy them that way. He had a thick wad of cash and some red envelopes he got at the bank. A big stack.

Stuffing some cash in the envelopes and handing me a bottle of booze he would shove me out of the car.

“Knock on that door” he said. “When they answer the door give them this and tell them it’s from Dr. Giuliano.”

It was always so embarrassing. I didn’t know those doctors.

Sometimes patients would come with presents.

Mom and Dad had their office and waiting room on the ground floor. We lived upstairs.

There was an Italian family that every year took the subway from the North End. They always proudly brought a Huge box of the worst, cheapest candy you could imagine. You had to be desperate to eat that candy.

Guess a lot of folks were real grateful that Mom and Dad kept them alive.

Mom delivered just about all of my cousins. Free.

You would think they would be grateful.

But it was great fun when the Sullivans came for Christmas dinner.

Pip and Ellen used to play Doctor in Mom’s office.

They never let me in when I pounded on the door.

It seems they were examining cousin Dennis who was a lot younger.

Christmas dinner was so huge everyone passed out and there was snoring all over the house.

By the time everyone woke up there was a whole other spread. Mom had a wonderful recipe for oyster casserole. Friends came by like the O’Donnells. I used to play doctor with one of the girls. But not in the office.

So today it’s November 25. Just one month from Christmas.

What about that just doesn’t seem right?