At Murat Theatre until December 1 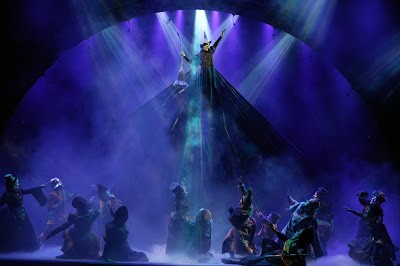 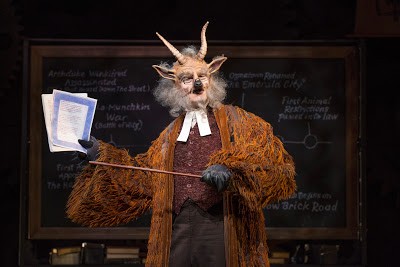 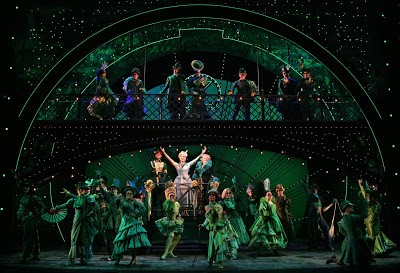 Through December 1 at Murat Theatre.

There are some musicals that become stale with age. They don’t hold up after multiple viewings and the magic seems to disappear with time. I don’t think Wicked will ever be one of those shows. Celebrating its 10th anniversary, the show feels just as fresh and exciting as it did the first time I saw it.

The elaborate sets are captivating, the costumes are whimsical and you’ll be humming the score for days. This fan-favorite tells the story of the Wicked Witch of the West before she was so infamously titled.

The emerald-hued Elphaba struggles to find her place in a world that seems set on rejecting her. Through the story she discovers that the power of friendship and standing up for what’s right is much more important than simply fitting in with the crowd. The two leads are played by Hayley Podschun (Glinda) and Jennifer DiNoia (Elphaba), both are excellent. DiNoia nails each of her big numbers while still making Elphaba a sympathetic and relatable character. Podschun is perfect as Glinda. The part requires someone willing to have fun with the character, playing both ditzy and sweet, but they have to have the pipes to back it up.

Podschun embraces the role, relishing each “toss toss” of her hair. One of the delights of this show is seeing audience members who are seeing it for the first time react as the story progresses. There are gasps of realization and moments of thunderous applause that follow gorgeous numbers like “Defying Gravity.”

The show runs until Sunday, Dec. 1 at the Murat Theatre. Tickets can be purchased at Clowes Memorial Hall, the Murat Theatre, by calling (800)-982-2787 or online at www.broadwayacrossamerica.com. Ticket prices start at $50.

Broadway Across America is holding a lottery for every single "Wicked" performance. Individuals are welcome to put their names in a lottery drum two and a half hours before each show. Exactly two hours before the show begins officials will draw the winning names. Those individuals are permitted to buy up to two tickets for $25 each (cash only). The lottery will be held in the Murat Theatre lobby before each show and you must be present to win.