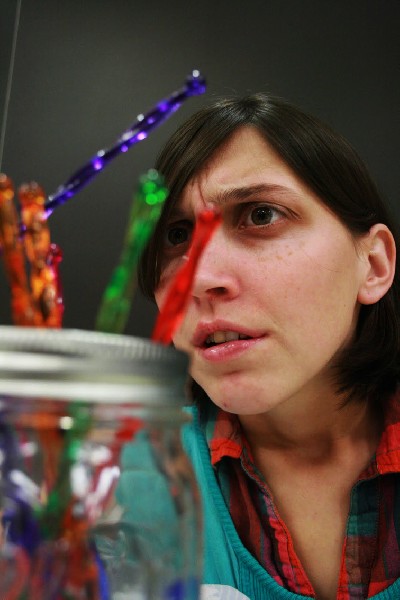 What’s so funny about Swizzle Sticks? 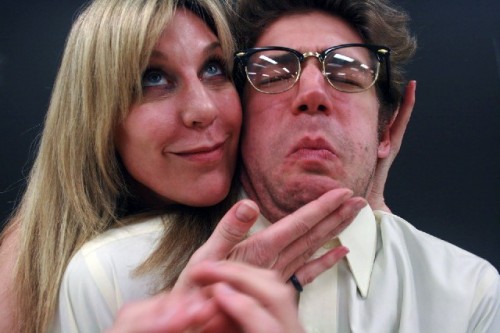 Nina and her son.

Bad Habit Productions presents an evening of Christopher Durang comedies in the hilarious theatrical mash-up DURANG/DURANG December 2 through 12. The New York Times wrote that “These works have so many good lines that quoting them could enliven a week’s worth of dull dinner parties.” Eccentric characters travel through wild situations in this night of short plays by the “prodigiously gifted playwright” (The New York Times)

“Act 1 is theatre parody; Act 2, is not.” With these words, Christopher Durang launches the audience into a myriad of riotously comic circumstances. Enjoy an upside down satire of Tennessee Williams’ The Glass Menagerie followed by a fusion of David Mamet and Sam Shepard. In Act II, struggle with Nina, whose facelift has fallen, and suffer through a visit with your ex before attending a business lunch at The Russian Tea Room.

Performances will take place at the Durell Theatre, located at the Cambridge YMCA at 820 Massachusetts Avenue on Thursdays through Saturdays at 8:00pm and Sundays at 2:00pm. Tickets are $15 online at www.badhabitproductions.org or $20 at the door.

Bad Habit Productions, Inc. (BHP) is a not-for-profit theater dedicated to producing unique and imaginative theatrical and improvisational experiences within greater Boston. These productions will result from direct, creative collaboration among Boston artists and will provide much-needed opportunities for non-Equity members. BHP is committed to furthering the presence and popularity of community theatre in Boston, thereby enriching and inspiring the local arts community. Led by Artistic Director Daniel Morris, Bad Habit Productions mounts three productions each season, and also produces the successful Comedy on Tap program every third Sunday, which brings talented improv groups and stand-up comics to bars around the Boston area.