On Being Taught Not to Fly

Up Up and Away 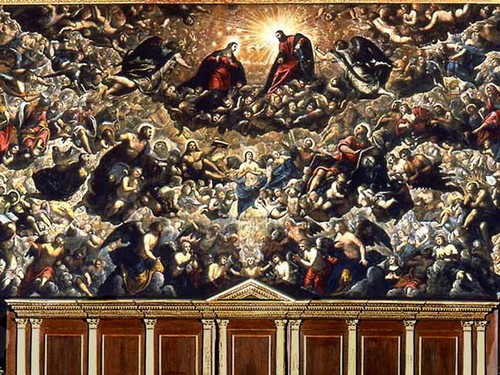 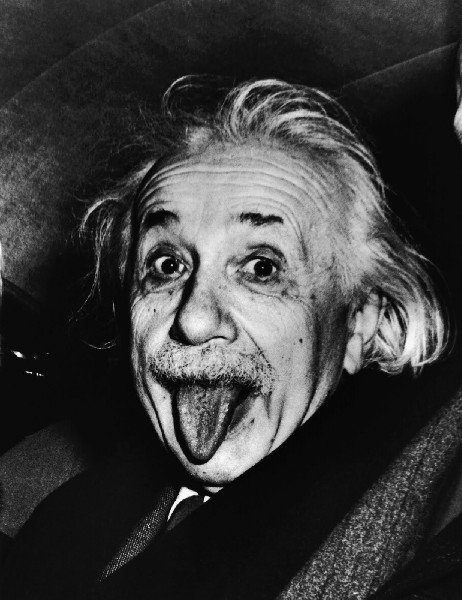 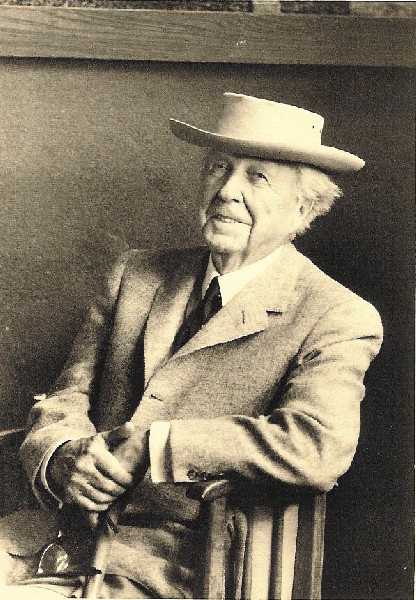 The young Wright explored in Oak Park near Chicago. 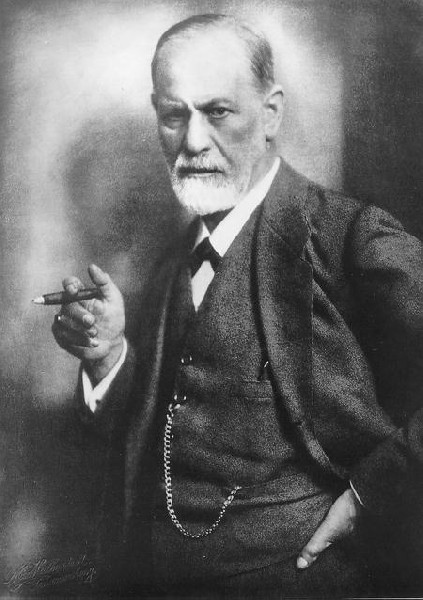 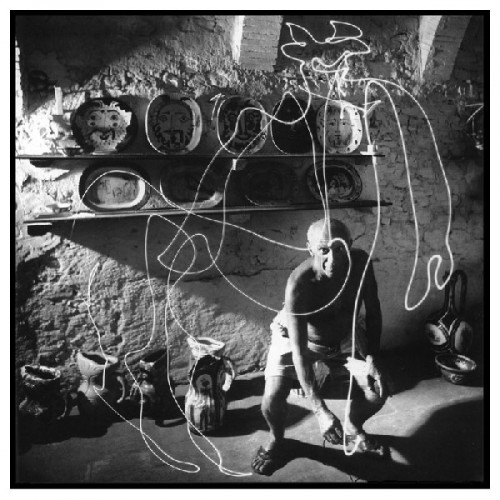 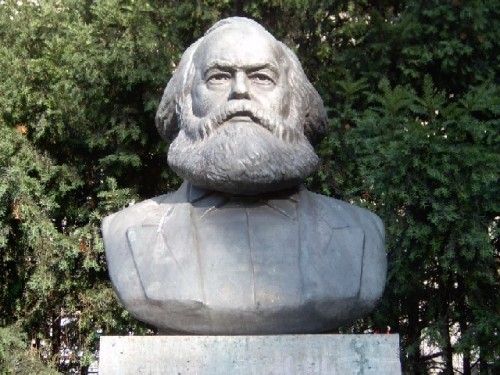 It wasn’t until I visited the Doge’s Palace in Venice and came face to face with “Paradise,” Tintoretto’s large painting that hangs majestically in the Ducal Hall, that I discovered that Tintoretto was still alive. Here he was, some 400 years later, looking down at me looking up at him. I didn’t have to read the painting’s label which no doubt listed the artist’s name, the title of the painting, and the date it was executed. I didn’t have time. I was pulled right past the words into the heart of the matter. Communication was instantaneous. I knew immediately that this seething mass of humanity, posing as saints and angels on canvas, all 23 by 72 feet of it, was transmogrified flesh. Tintoretto’s.

There was no doubt in my mind that the artist, in his early 70’s when he plotted out and painted this masterwork, by some extremity of genius, had  very cleverly crossed from one dimension to another and painted himself alive into the picture. Blood was coursing through its veins. Here was Tintoretto alive and breathing. He knew it and I knew it.

Whether it was being in Venice, or standing under the elaborate Veronese ceilings, or the visionary aspects of Tintoretto’s painting, with its heady mixture of Michelangelo’s structure and Titian’s color, that transported me from one state to another. I soon found myself totally overwhelmed. Finding it difficult to breathe, with rapid heartbeat, deep breaths and tears flowing, I was forced to sit down. Uncontrollable sobbing followed. At the time I was quite surprised by my own reaction.

Some years later, 1980 to be exact, at the Picasso retrospective at MoMA, once again I was startlingly reminded that art has a mind of its own. As I passed by Picasso's portrait of Diaghilev, and paused to look at it, a flash went off in my head. Despite the fact that Diaghilev was embedded in the picture, while I was free to roam, we shared the immediate recognition that both of us were alive.

While one could argue that it was the artist's arrangement of various planes, his clever placement of clues that allowed me though a series of internal juxtapositions to visually reassemble Diaghilev’s portrait. Which, in turn, triggered this instant recognition. I could not help feeling that an intelligence verging on live was signaling to me.

The last time I was so moved by the power of genius was in Oak Park, Illinois, retracing the steps of the young Frank Lloyd Wright. As I carefully examined the construction and placement of each of the 26 houses he designed, I realized that he too, wielding the power of genius had managed to put himself, body and soul, into his creations. Somehow, each edifice, alive with Wright’s intelligence, was studying me as I studied it. Like the great Pyramids of Egypt, without words, his structures spoke to me.

Surprisingly, the everyday weight that had anchored me to the ground was lifted. For more than a month, my feet hardly touched the ground. It was this experience that allowed me to appreciate, all the more fully, the small wars continually waged by legions of fanatical crusaders eager to prevent the destruction of any of Frank Lloyd Wright’s work. Suddenly it made perfect sense. They are trying to save this man’s life.

These phenomena, so often relegated to Science Fiction in popular culture, as a way of demeaning their import (though in my mind, a lot less strange than Black Holes or the Big Bang Theory), are not the isolated incidents they seem, but everyday occurrences. The fact that they go unrecognized, has less to do with the frequency of their occurrence than the laws, written and unwritten, that have come down through the centuries as received wisdom. It is this government of thought that both determines and controls, in the main, how we think, talk and look. Bearing this in mind, it may just be that we are being taught not to fly.

From my perspective, having spent a good deal of life actively studying my relationship to time, space, light and movement, I am prepared to say that I have seen time stop, go backwards and perhaps even wrap around itself. I have observed sidewalks, entire streets, tables, even the floors in rooms, changing their tilt from moment to moment, sometimes upward, sometimes downward, like a scale weighing its options as it seeks a delicate balance.

How to explain this? Maybe we are living in water. Possibly the elements in The Periodic Table are erroneously placed. Perhaps we are at the bottom of the phylogenetic scale and E=MC2 isn’t any more accurate than Richter’s Scale is at measuring the breathing of the earth. The World has been too long turning on the timeworn ideas of Darwin, Marx, Freud and Einstein. When we pay attention, and that is the caveat, what is a more sensitive instrument for measurement for weighing results on a daily basis than our own minds, our own hearts? On a short-term basis (our life expectancy) every day is a new day and should be treated as such.

I would like to see artists, who have long taken a back seat to scientists, politicians and religious leaders, take back the power that they so inadvertently relinquished. It once was that being an artist was a gift from god, but somehow now that gift is dispensed by diploma, and truth and beauty have been superseded by fame and fortune. Artists must tear down walls, abolish dimensions, and redefine boundaries, always with an eye toward more freedom not less. Movement must be studied, beginning with that of our own bodies.

It is time to rethink our universe. Rethink the picture. What is up. What is down. Front. Back. It is a mistake to think that seeing involves only our eyes, words are needed to speak and knowing is not in our bones. It is equally wrongheaded to think that the future is ahead of us, the past behind, that mathematics is the last word, or that a fact is a fact. Certainly, more often than not, a fact is only a fact after the fact. I want to read writers whose words leave the page, painters whose art heals, canvases that come alive, and voices like Tintoretto’s that go on forever.