Memories of a War to Come by Erika Marquardt

A German Girl Growing Up in the 2nd World War 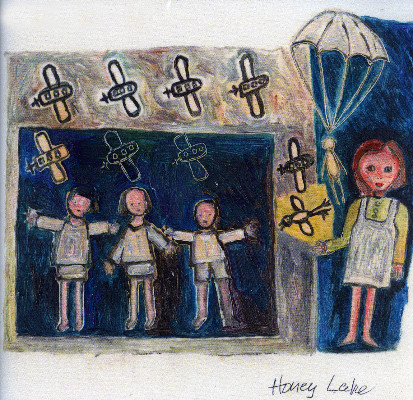 By the end of the war Erika was eight years old. - Photographers: Jay MacCarthy, Zhana Levitsky 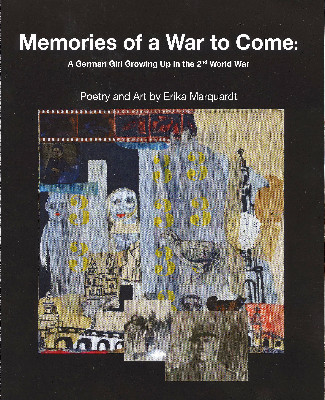 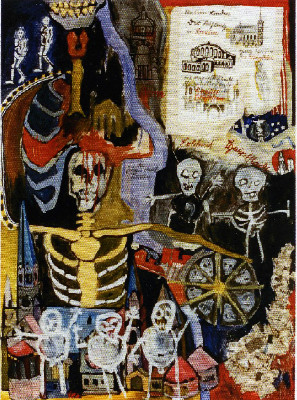 This and following images taken from the book. 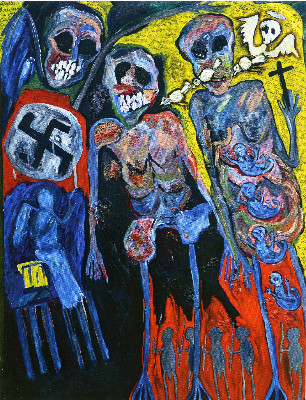 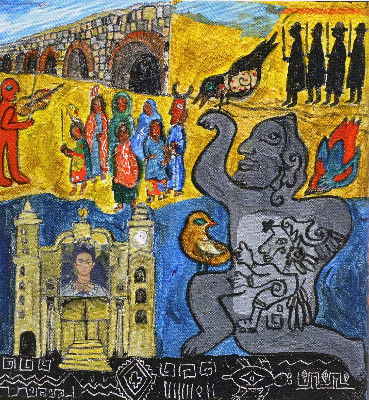 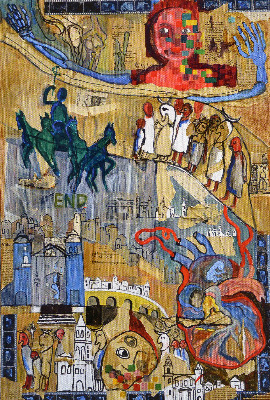 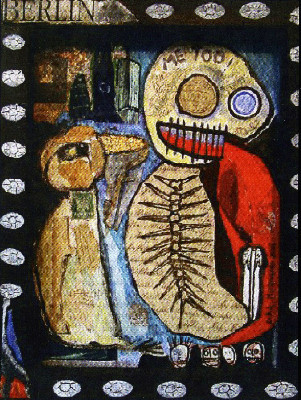 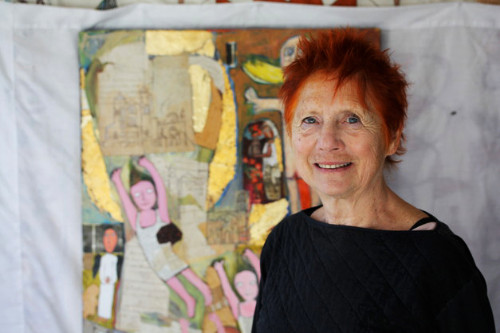 This remarkable and exquisite poetry book is printed on heavy stock black and white paper with several other colors. The 154 pages are filled with more than 80 images of Erika Marquardt’s collages in full color. Zhana Levitsky, director of Zeitgeist Gallery in Beverly, Massachusetts, (www.zeitgeistgallery.net) is the editor and designer. ‘Memories of a War to Come: A German Girl Growing Up in the 2nd World War’ can be ordered for $35 at the independent Jabberwocky Bookshop in Newburyport, MA, (jabberwockybookshop.com).

It has been a long and arduous road for Erika Marquardt to arrive at the publication of Memories of a War to Come: A German Girl Growing Up in the 2nd World War. Erika and I, both German immigrants, have been friends for more than two decades. Early on, in 1995 we collaborated on a project titled: The Aftermath of War. In fact, we were three couples who participated. Marquardt and Susan Erony began painting together on canvases in 1998, finally exchanging back and forth 1000 small works that depict horrors of World War II and the ideology of Hitler’s '1000 Year Reich.'  Both artists are highly expressive painters, who work in opposite styles, each leaving their marks on the paintings as the project developed, which is titled: Have We Gone too Far? The entire number of works or parts of it were exhibited over many years in Berlin, Germany; Zürich, Switzerland;  Linz, Austria; Rome, Italy; in New York City and New England. The entire project is available for a long-term exhibition space.

Marquardt, a self-taught painter, worked as a graphic designer, then weaver before she picked up brushes and a myriad of materials to communicate her inner world and ideas in mostly multi-color collages. Her work is expressionistic in style, raw and powerful. Over decades she has exhibited in Europe and several States in the USA. She immigrated first to Canada in her early 20s, later moved to the USA, to New York City, before settling in Massachusetts, where she has resided for more than 30 years. Marquardt has always worked at her craft.

The poetry for this book was written over many years. By her own admission, Erika haphazardly collected the poems until they reached a critical mass, then her own resolve and eventually professional support.

Erika has spent winter months during the past five years in Oaxaca, Mexico, where her work has taken on new subject matter. Not war related artwork has always been delightful and whimsical in her unique style.

Here now my very own response to Erika’s poems and collages of Memories of a War to Come: A German Girl Growing Up in the 2nd World War:

Haunted for more than 70 years now

By War Atrocities and the Holocaust

While growing up in Germany

Erika, my dear friend and comrade,

Published recently: Memories of a War to Come:

A German Girl Growing Up in the 2nd World War.

Deep and dark poems on pages that are also

Splattered with images of her collages.

Paintings that are raw, filled with skeletons and sculls,

Or bodies floating to earth, still connected to parachutes.

Death is dancing every where……

Are not white or symbols of peace in these paintings.

Or poems, none longer than a page

So they say little and everything.

Some are titled: Liberation, The Little Princess, Raspberries,

My Father’s Friend, New Clothes, The Pill and Candy.

Her truth and memories will hit you hard in your gut!

And the images drawn by a self-taught painter add impact,

And assault your senses. They assault mine.

And British Occupation soldiers in Hamburg

Invited us to a Christmas party.

I cried and wanted the beautiful doll, then took her home.

Erika’s and my families intersected during the war.

At the Elbe River, way east of Hamburg.

She talks about it in “My Aunt Didi,”

“Soldiers Only,“ and “Leaving the Bridge.”

In Mecklenburg thousands of old men, women and children

Tried to cross the Elbe River from the Russian to the American side.

Except for one bridge, all had been bombed and destroyed

And American soldiers were guarding that bridge.

My mother, holding me tight with my unborn brother still inside her womb,

Convinced the Americans to let us pass in a truck,

So that she could deliver her baby on the other side at the hospital.

We made our way back to Hamburg and

Erika and family were not so lucky!

So our connection started at an early age

And war memories of Germany bind us as well.

Erika’s book: Memories of a War to Come

Should be seen and read by thousands everywhere

Of all walks of life, ranks and positions.

Memories of a War to Come - Oh, so prophetic!

Will there ever be PEACE ?!