Swinging from Ropes, Trapezes and Fabric 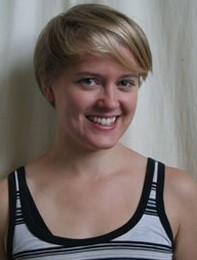 Dafne in Apollo and Dafne 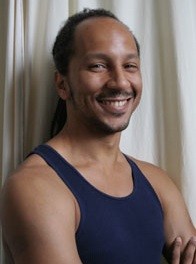 Ernesto Mancebo as an arrogant Apollo. 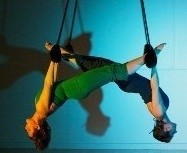 Geometry danced In the Circle 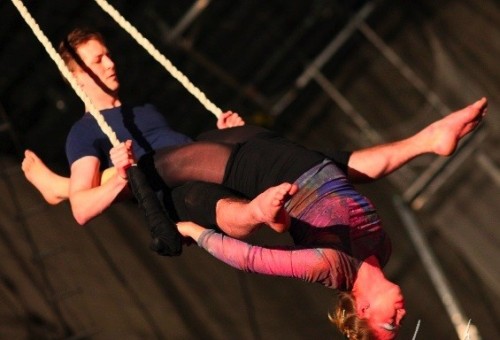 What you can do with a single trapeze. 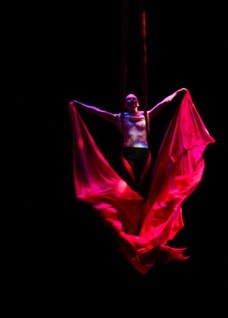 Apollo and Dafne, classical fare done with an impish charm, opened the program.  Jane Aisawa, dressed in a bundle of white that looked necessary for one so young and cute, deployed her arrow's from Cupid's bow to keep an arrogant Apollo at bay.  Not only are the dimensions of the story expanded as dancers take to the air, but the bounds of the tale are expanded to include humor.

Summer Tennyson Baldwin danced the mythical Dafne.  "I dance while flying," she says, "I feel more connected and relaxed within my own body when I am flying."  Ernesto Manceboas bravely took on his first aerial experience, which has "opened my movement horizons in a very exciting way."

Fortunately modern Dafnes do not have to put up with arrogance.

The geometry of dance is extended in the aerial form.  Now new three dimensional figures can be created.  The Upswing Performance Company choreographs to geometric shape, including this evening's In the Circle.

Embodied was a riveting performance on a single point trapeze.  The figures created with the opening up of dimensionality are mind-blowing.  Often as they rest after swinging, the shapes are sculptured.

Absentia is an aerial silk solo created and performed by the gifted Chriselle Tidrick of Above and Beyond Dance.  Combining movement with fabric both on the ground and in the air, Absentia follows a woman's experience of loss and longing through to her discovery of strength, self-confidence and ease of movement. Tidrick digs deep into the feeling life of her characters.  This heightened emotional atmosphere adds to the beauty of her performance.

Risks taken by the artists often leave the audience breathless.  This risk however is not the risk of the current Spiderman or The Ring at the Metropolitan Opera where equipment failures risk performers' safety.

Music, which began with Handel, was apt throughout the evening, but when Tom Waits, whose voice has been perfectly described as "soaked in a vat of bourbon, left hanging in the smokehouse for a few months, and then taken outside and run over with a car" growled for the final number, A Window In, the audience went wild.  Dance to this number was performed on bungee cords and was as kookie and marvellously awkward as the 'music.'

Tidrick has said of this festival:  "Julie Ludwick of Fly-by Night has been producing the Aerial Dance Festival for years now  It is truly a labor of love for her."  And it looks like one.