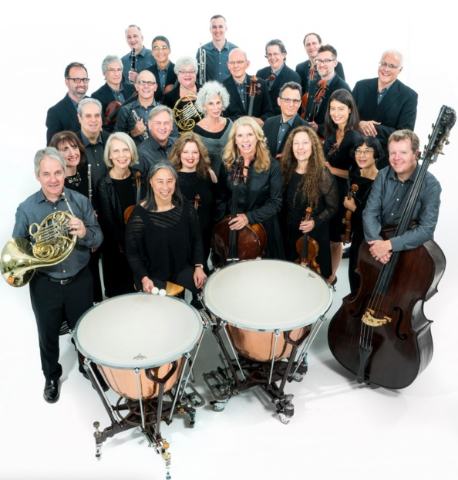 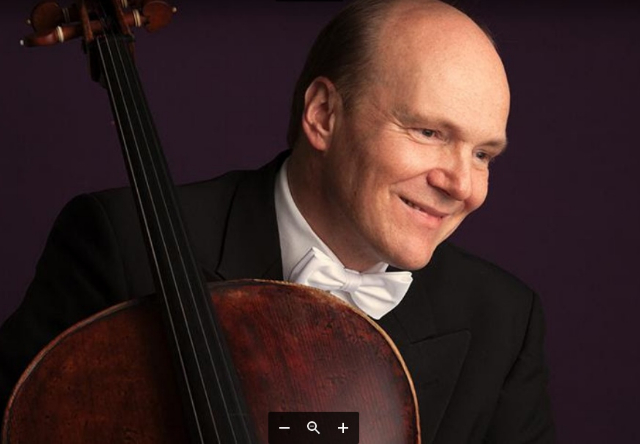 The first fast-tempo movement is composed in very normal Baroque overture style, starting off with the accompanied trumpet fanfare and soon moving on to contemplate a regal motif. There is a crystalline brilliance in the plain scoring, in which a fiery descent in string scales supports the opening trumpet blast and then the trumpets themselves.

A honrpipe dance follows, which Orpheus filled with wonderful syncopation and charming interplay between trumpets and horns.

Often called a minuet, the stately movement carries the heading "Coro," or Chorus.

The Lentement that follows is delicate, rolling gently along. Handel marks the following Air -- really in the rapid style of the bourrée.

As in Handel's time, there is no conductor  A member of the orchestra keeps the group together with bow and movement of the instrument itself. The group rotates leaders and also core members who make the initial performance decisions.  Democracy works well.  The result in Handel is exuberant and joyful.

The Cello Concerto is full of powerful musical ideas as well as challenging writing for the solo instrument. The work has many runs and double stops in difficult “thumb” positions. Mørk took on the left hand pizzicato with pleasure, perhaps even ease. He made a repeated four-note motif both an anchor and a tantalizing irritant. This motto spans the entire piece.

Pyrotechnics erupt from a simple form. Plays on the letters of the composer’s name are charming, reminding us of Bach’s use of a monogram. One of Stalin’s favorite folk songs is embedded in the fourth movement. Mørk tosses it off.

In the second movement, Mørk reflects expressively but also sadly. Extreme passion is produced in the dialogue between cello and clarinet. Here is the dance which binds the works presented this evening. Mørk then builds relentlessly to a melodic climax. The movement concludes as the celesta appears and accompanies the cello, wandering over the string tones. The cello has retreated into an emotional corner.

The music re-emerges in an extended cadenza which bridges a meditative mood with the boisterous finale. A solo horn is the cello’s alter ego, engaging in extended dialogue while the rest of the orchestra rests.

Mørk begins low and quiet, building to passionate chords, all the while exploring pizzicati effects and ascending to dramatic double stops, finally reaching the highest register to quote the motif from the first moment.

There is wild stuff as prelude to the manic mood of the last movement in which the motif is transformed rhythmically to fool us and then the entire orchestra joins in to recapitulate the beginning.

Shuying Li's world premier Out Came The Sun shone on its own as the orchestra played the highly dramatic notes signaling the monumental event of a child's birth.  A sweet lullaby on the celeste suggests the contrasting moods of childbirth.  This composition stood well on its own, full of harmonic clouds which contrasted the emotions which wildly swing in a new mother.  Orpheus showed clearly how it fit in the evening, with hidden messages, painful tones  and an overall sense of the messages music can deliver.

Pulchinella threaded us back before Handel to Pergolesi. Or rather, Pergolesi via Igor Stravinsky. Stravinsky only gradually makes his presence felt in his piece.

Orpheus plays the beginning as a straightforward orchestration of an eighteenth century piece. As the music progresses, hints of Stravinsky are revealed. By the time the duet between trombone and contrabass appear, Stravinsky’s hand is blindingly clear and marvelously played.

The score for Pulcinella was something new— not an original composition, but more than just an arrangement. This was far more than Diaghilev had expected from Stravinsky, who would write: "Diaghilev hadn’t even considered the possibility of such a thing. A stylish orchestration was what Diaghilev wanted, and nothing more, and my music so shocked him that he went about for a long time with a look that suggested The Offended Eighteenth Century. In fact, however, the remarkable thing about Pulcinella is not how much but how little has been added or changed."

Diaghilev, who often traveled through space to Turkey and other distant countries, now could travel through time. He set the piece in the 18th century, with costumes and scenery to match. The novel orchestration stood beautifully bare as Orpheus concluded its lively and revealing program.

This orchestra, committed to exploring music and helping us hear, is both delightful and educational.