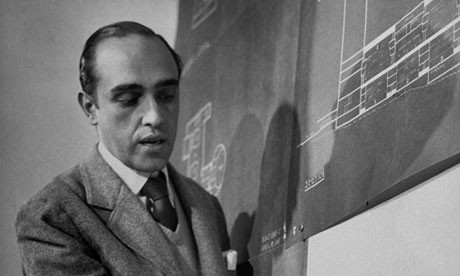 Oscar Niemeyer As A Young Architect 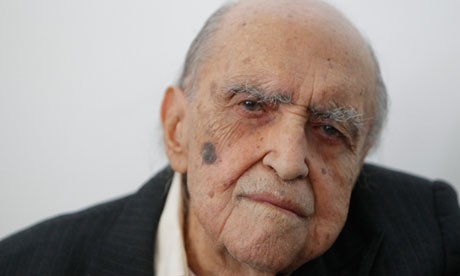 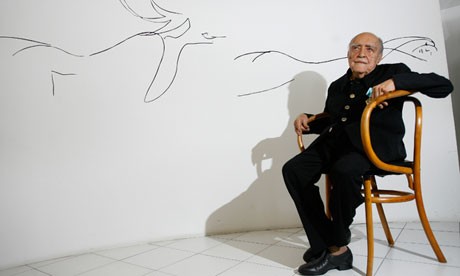 Oscar Niemeyer With A Sketch 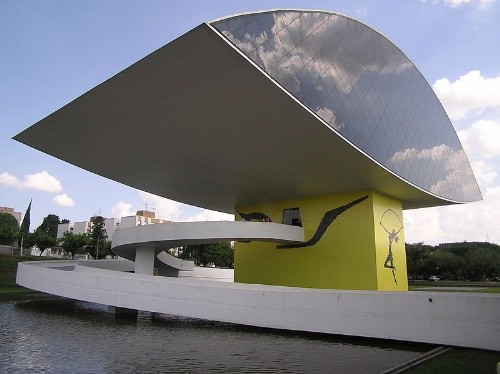 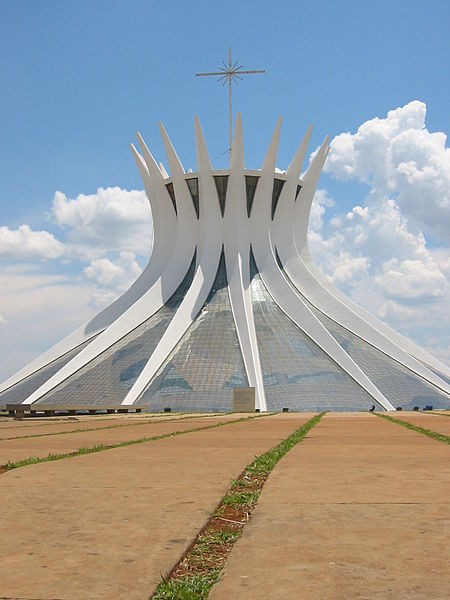 Cathedral In Brasilia (1958) By Oscar Niemeyer 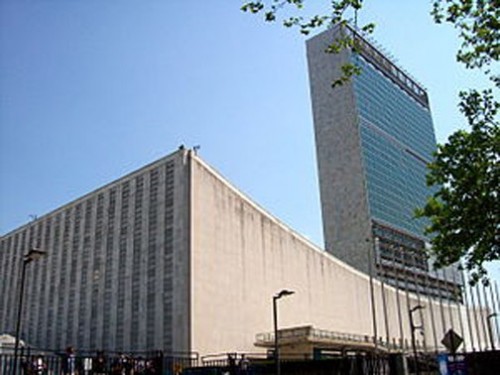 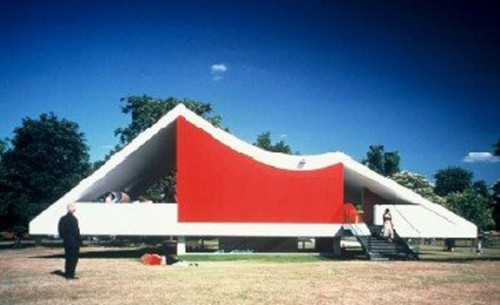 Niemeyer’s Temporary Pavilion at the Serpentine Gallery in London (2003)

He was a modernist master in concrete with a tropical flavor. His curvilinear aesthetic influenced generations of architects. He died a few days short of his 105 birthday on December 16, 2012.

Oscar Ribeiro de Almeida Niemeyer Soares Filho (December 15, 1907 – December 5, 2012), known as Oscar Niemeyer (from the name of a German grandmother), was an architect who is considered one of the key figures in the development of modern architecture.

Niemeyer was best known for his design of civic buildings for the planned city of Brasilia as well as his collaboration with others on the United Nations Headquarters in New York.

Nicknamed the Picasso of Concrete, his creative exploration of the aesthetic possibilities of reinforced concrete strategically influenced architecture of the late 20th and early 21st centuries. These included Lord Norman Foster and Zaha Hadid to name just two prominent practitioners.

Famous for his use of abstract forms and curves that characterize most of his works, he acknowledged that his architecture was strongly influenced by Le Corbusier. But he also recognized that good architecture could go in different directions as well.

Wonderfully, one of Niemeyer’s major design principles was that every project must be capable of summary in a simple "sketch" and that once the support structure was finished the architecture should be more or less complete. Niemeyer's drawings and sketches reflected the movement and shape of his curved aesthetic.

Rejecting right angles and hard edges, he wrote about his work in terms of being attracted to free-flowing sensual curves. In his 1998 memoir The Curves of Time he wrote, "What attracts me are free and sensual curves. The curves we find in mountains, in the waves of the sea, in the body of the woman we love." Niemeyer felt that curves literally made up the Universe.

In 1956, Niemeyer was given the commission of his life. He was hired by the Brazilian government to design the new capitol of Brazil, Brazilia. His sweeping graceful curves gave to Brasília a distinctive city of tomorrow vision.

Here he integrated building technology with a personal visual poetry. Brasília's crown-shaped cathedral seems like a water drop crown writ large. His notion of government buildings is not boxy but wavy. Niemeyer shunned steel box structures. Instead, he was inspired by nature's forms of crescents, spirals and curved-edged shores.

Niemeyer left his mark in the flowing concrete of the cabinet ministries and the monumental dome of the national museum. Brasilia was a visual and geographic 20th Century statement that broke from Brazil's Portuguese past. Not everyone liked his design, however. As the city's grew to over 2 million people, critics said it lacked "soul." Time Magazine's longtime critic Robert Hughes called it "a utopian horror."

Niemeyer's response to the criticism was not defensive but thoughtful and confident about what he had created. "If you go to Brasilia you might not like it, say there's something better, but there's nothing just like it." he said in 2006 at age 98. "I search for surprise in my architecture. A work of art should cause the emotion of newness."

After a 1964 coup plunged Brazil into a 21-year military dictatorship, Niemeyer, a lifelong communist, decided to move to Europe. While living in France in 1965, he designed the undulating French Communist party building in Paris.

Niemeyer shunned the steel-box structures of many modernist architects. His hallmarks include much of the UN complex in New York and the Museum of Modern Art in Niterói, which is perched like a recently landed flying saucer across Guanabara Bay from Rio de Janeiro.

His work was typified by flowing form, minimalist with no impeding fussy details. He made strong sculptural statements with his buildings. His works were often iconic and surprising.

Throughout his very long career, he was both celebrated and criticized for being a "sculptor of monuments." However, Niemeyer was praised for being a great artist and one of the greatest architects of his generation by his supporters.

Born in Rio de Janerio, Oscar Niemeyer went to the city's Escola Nacional de Belas Artes. Following graduation, he worked at his father's typography firm and as a draftsman at a local architectural firms. In the 1930s, he interned with architect Lucio Costa, a Brazilian modernist, collaborating on the design for the Palacio Gustavo Capenema in Rio.

Niemeyer's talent was recognized by Lucio Costa who was then designing the Ministry of Education and Health’s headquarters in Rio. He invited Niemeyer to join his firm as a draftsman. In 1936, the ministry hired Swiss-born architect Le Corbusier to contribute ideas for the design. This structure became the first major public project by a modernist architect in Latin America.

As a young draftsmen assigned to the project, Niemeyer absorbed Le Corbusier’s vision of a modern world shaped by the myth of the machine. He drew from the master’s belief in an architecture of abstract forms vitalized by sensitive use of light and air.

His first individual major project was the design of a series of buildings for Pampulha, a planned suburb north of Belo Horizonte. His work on the Church of Saint Francis of Assisi received critical acclaim. This drew Niemeyer international attention.

Designing a range of buildings both in Brazil and overseas throughout the 40s and 50s, Niemeyer became one of Brazil's most prolific architects. His prominence led to major international projects. After collaborating on the United Nations, he received invitations to teach at the Yale School of Art and Architecture and Harvard's Graduate School of Design.

In his mid90s in 2003, Niemeyer was asked to design a temporary pavilion at the Serpentine Gallery in London. This structiure was part of the series of short-lived constructs that the Serpentine commissions every year for summer activities. he was the oldest star architect to participate.

He won the American Institute of Architecture gold metal in 1970, the Pritzker architecture prize from Chicago's Hyatt Foundation in 1988 and the gold medal of the Royal Institute of British Architects in 1998.

Perhaps the last of his generation, Niemeyer was a notable and influential starchitect.